Today’s Papers – Fabulous Milan, all credit to the Diavolo 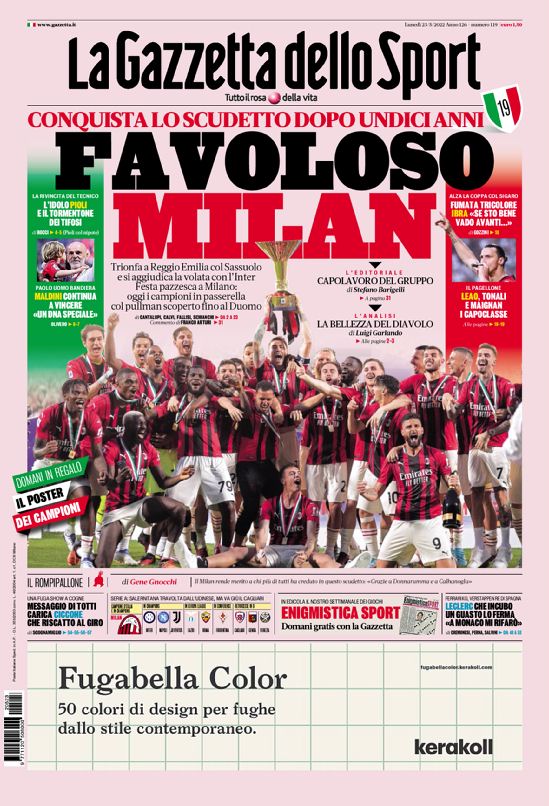 Incredible celebrations in Milan: today the champions will drive with open top bus up to the Duomo

The idol Pioli and the chant from the fans

Revenge for the coach

Lifts the trophy with a cigar

Leao, Tonali and Maignan top of the class 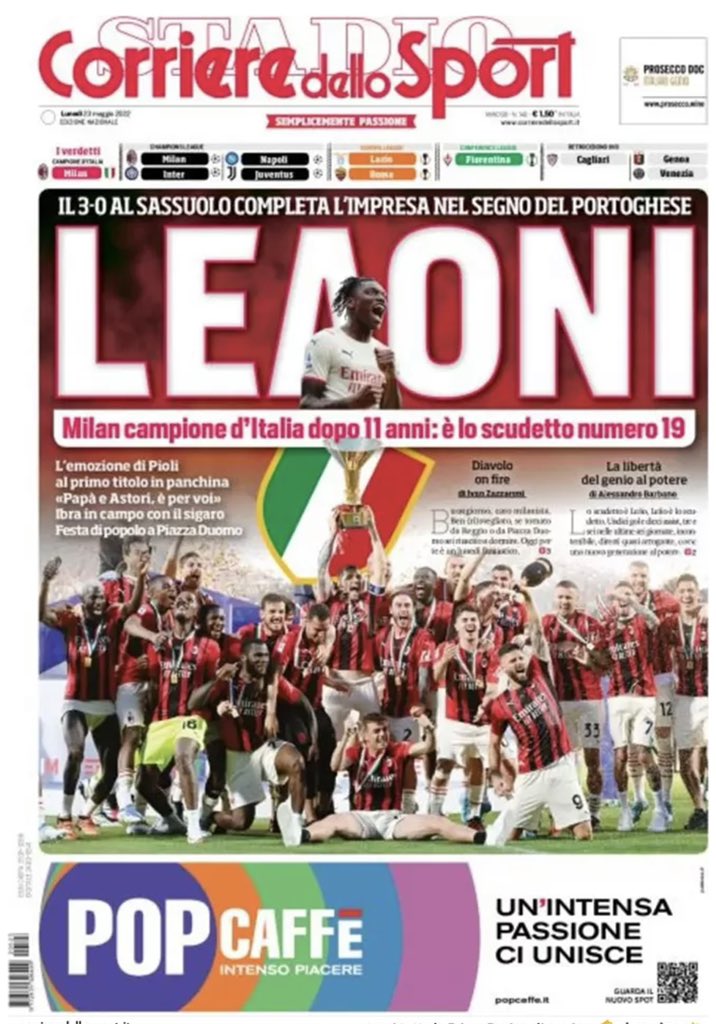 Milan Champions of Italy after 11 years: it’s the 19th Scudetto

Pioli emotional at his first title as a coach: ‘Dad and Astori, it’s for you’

Ibra on the pitch with a cigar 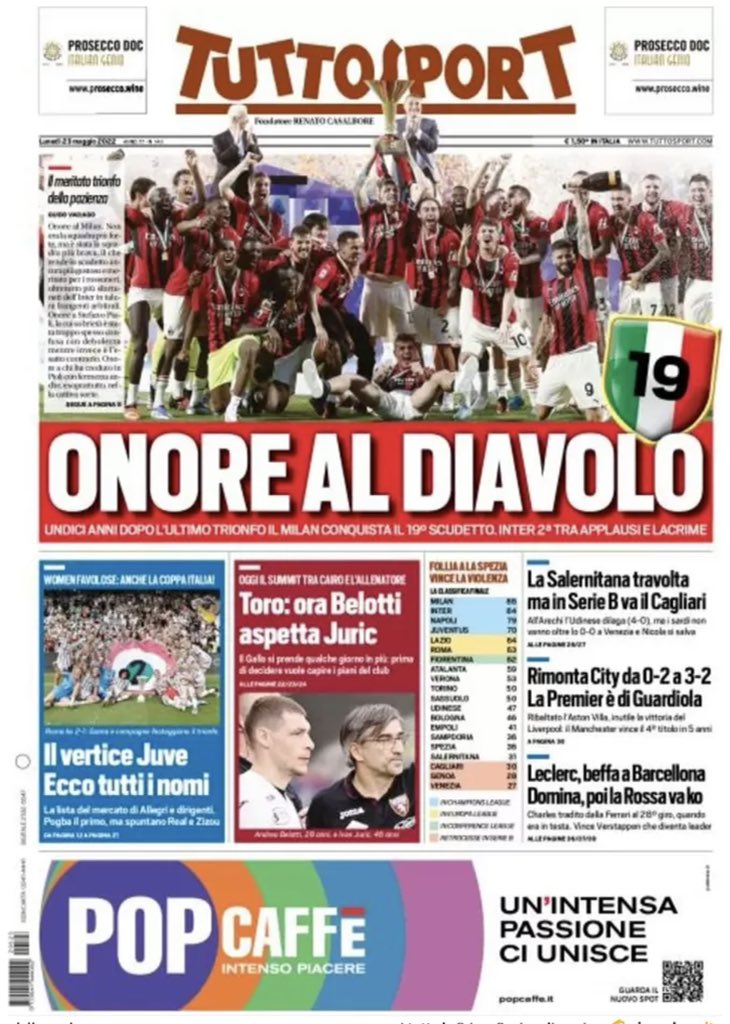 All credit to the Diavolo

After 11 years since their last triumph, Milan win the 19th Scudetto

Inter second amid applause and tears

Salernitana flattened, but Cagliari go into Serie B

Udinese run riot at the Stadio Arechi (4-0), but the Sardinians don’t go beyond 0-0 at Venezia and Nicola is safe

Juve summit, here are all the names

Pogba is at the top, but Real and Zizou turn up

Today summit between Cairo and the coach

Gallo takes a few more days to decide, he wants to first understand the club’s plans