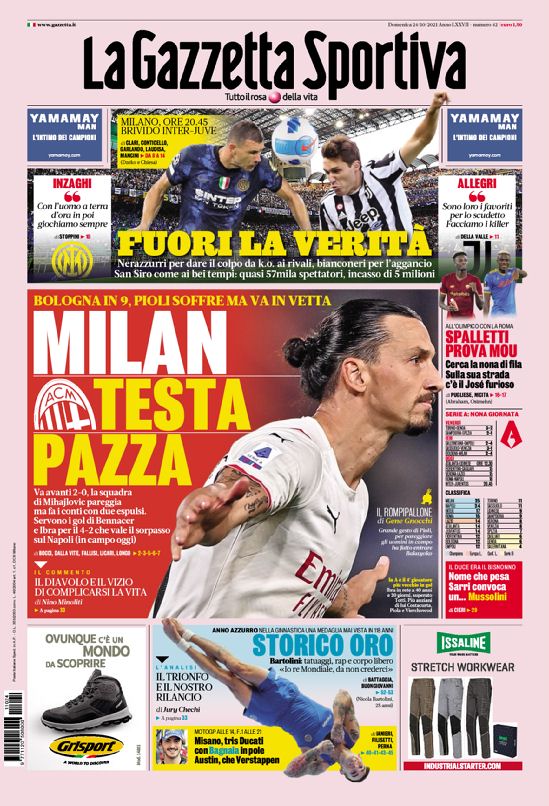 Milan, crazy and leading the way

Bologna down to 9, Pioli suffers but goes top

Leading 2-0, then Mihajlovic’s men equalise, but have to deal with two red cards

Out with the truth

Nerazzurri to send their rivals KO, Bianconeri to catch up

Inzaghi: ‘With a man on the ground, we will now always play on’

Allegri: ‘They are the favourites for the Scudetto. We’ll be killers’

The furious Jose is in his path with Roma

A name that makes an impact, Sarri calls up… Mussolini

Il Duce was his great-grandfather 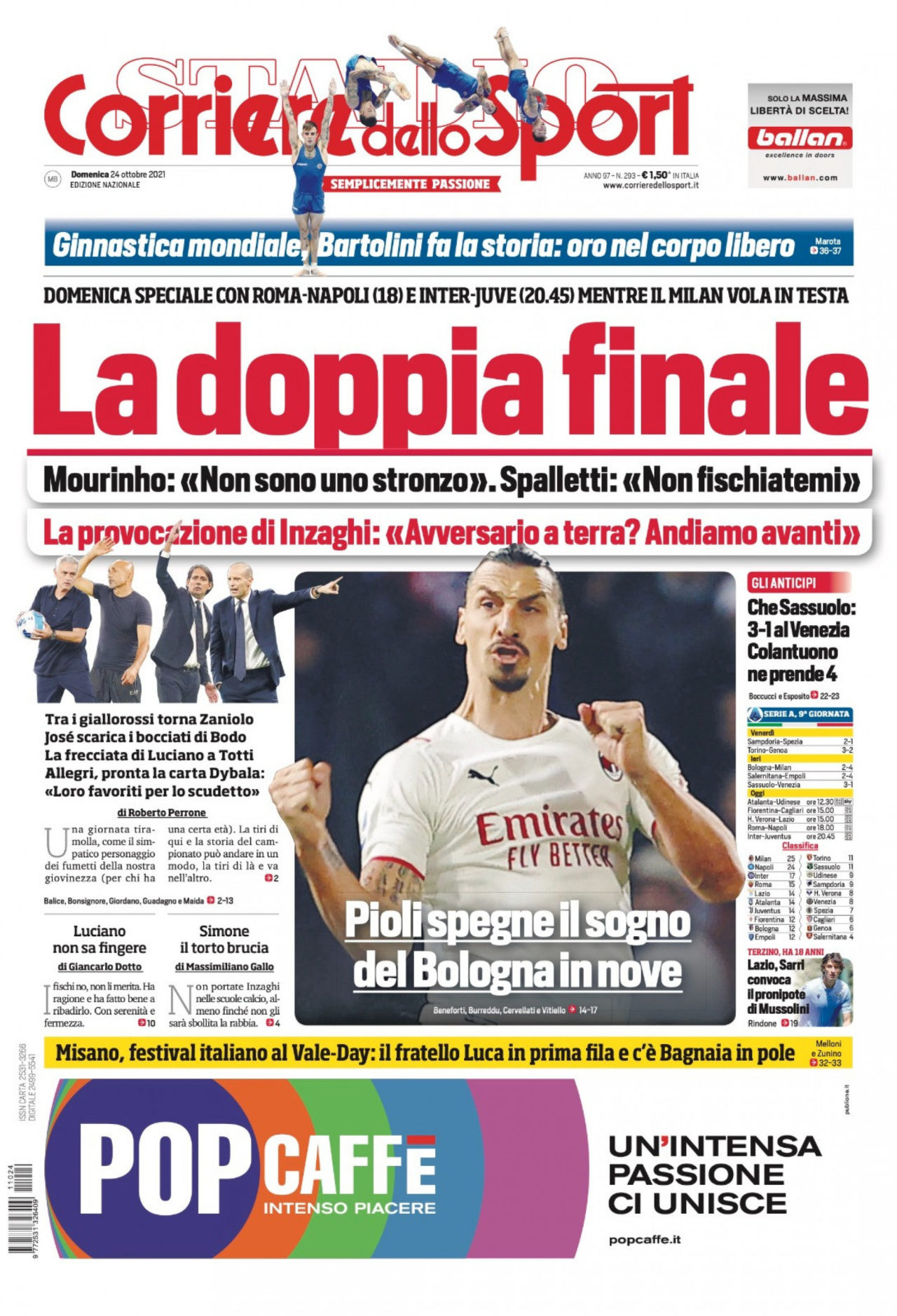 Special Sunday with Roma-Napoli and Inter-Juve, while Milan go top

Inzaghi provocation: ‘Opponent on the ground? We play on’

Zaniolo returns for the Giallorossi

Jose dumps those who failed against Bodo

Allegri, the Dybala card is ready: ‘They are Scudetto favourites’

What a Sassuolo: 3-1 against Venezia

The right-back is 18 years old 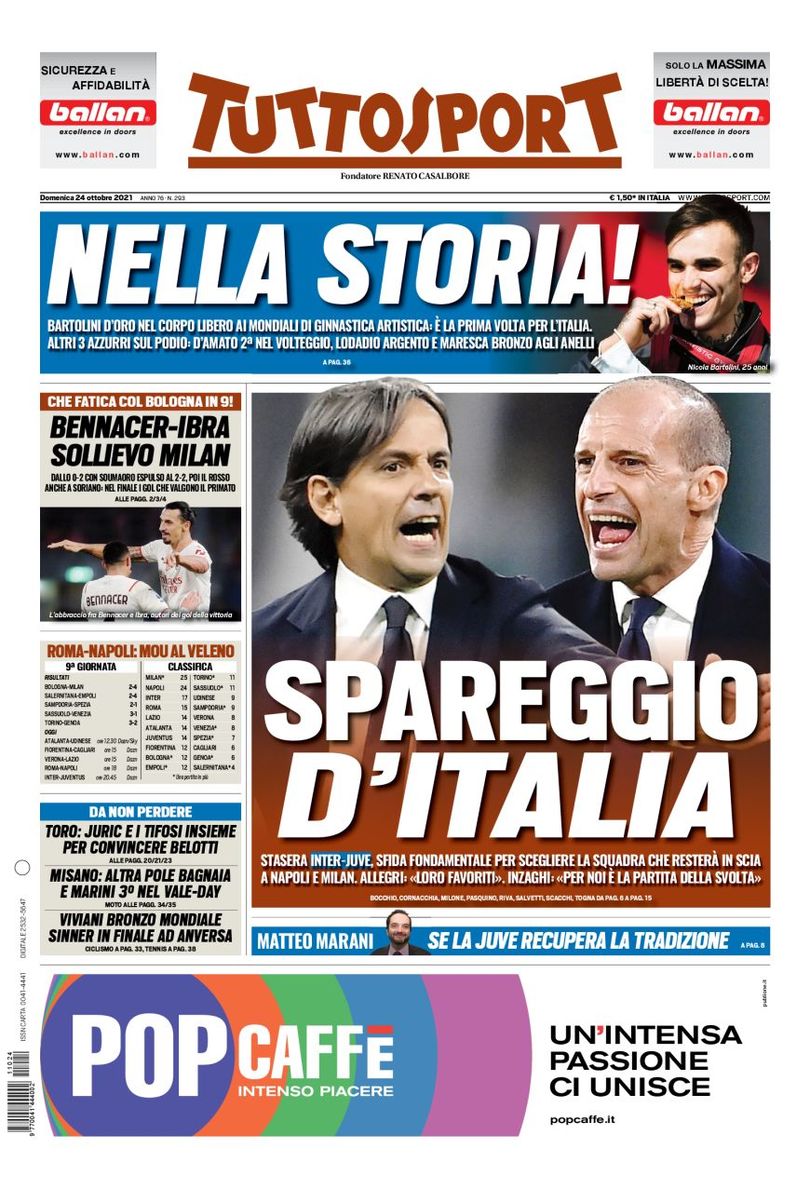 Tonight Inter-Juve, fundamental clash to choose who will remain in the slipstream of Napoli and Milan

Allegri: ‘They are favourites’

Inzaghi: ‘It’s the turning point for us’

What a struggle against nine-man Bologna!

From 0-2 with Soumaoro sent off to 2-2, then Soriano sees red too: in the final minutes, goals that are worth top spot

Toro: Juric and the fans together to convince Belotti