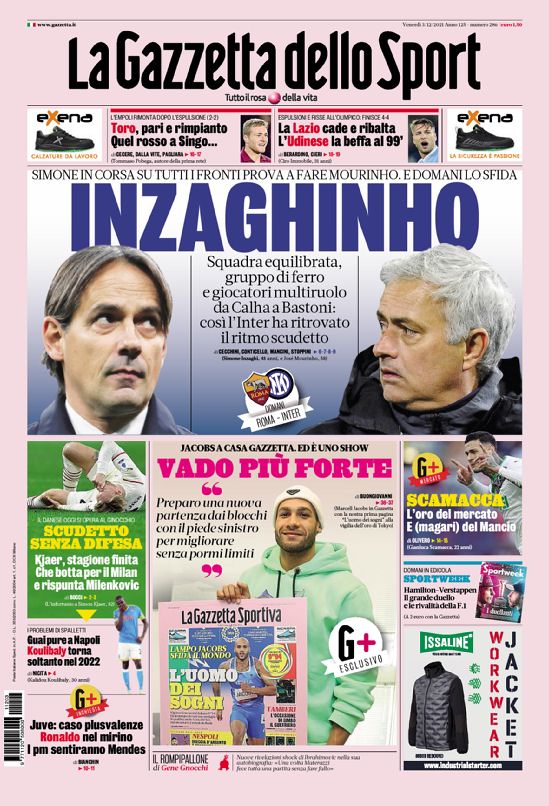 Simone doing well on all fronts and tries to be like Mourinho, taking him on tomorrow

Balanced team, solid group and versatile players from Calha to Bastoni: this is how Inter rediscovered their Scudetto pace

Toro, draw and regrets. That red card for Singo…

Lazio fall and overturn, then Udinese stuns them at the 99th

Red cards and brawls at the Olimpico, it ends 4-4

Scudetto without a defence

What a blow for Milan, as Milenkovic reappears

Napoli trouble too, Koulibaly only returns in 2022

Ronaldo in their sights, the officials will speak to Mendes

Golden on the transfer market and (hopefully) for Mancio 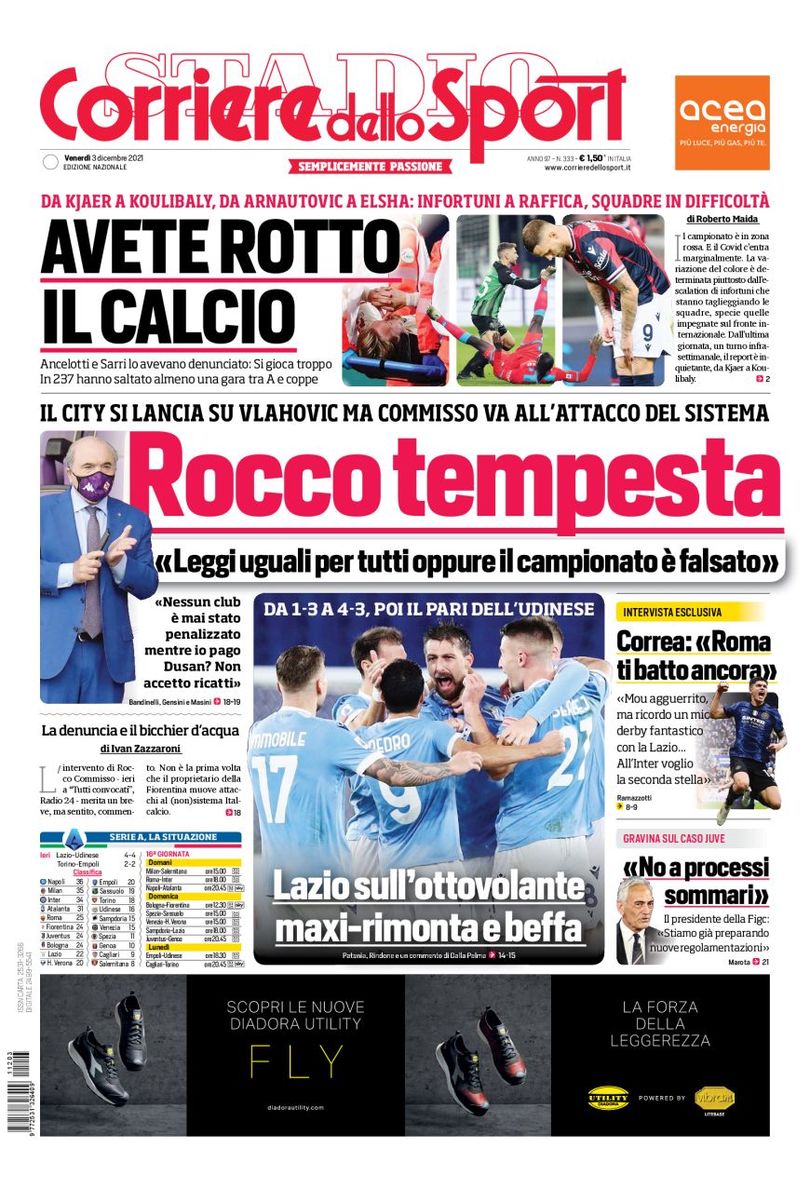 City go for Vlahovic, but Commisso attacks the system

‘Rules must be equal for all, otherwise the league is falsified’

‘No club has ever been penalised while I keep paying. Dusan? I will not be blackmailed’

Lazio rollercoaster, maxi-comeback and then upset

‘Mou fired up, but I remember my fantastic derby for Lazio… I want the second star for Inter’

‘No to trials by media’

You have broken football

From Kjaer to Koulibaly, from Arnautovic to El Sha: repeated injuries, teams struggling

Ancelotti and Sarri had already warned: there are too many games 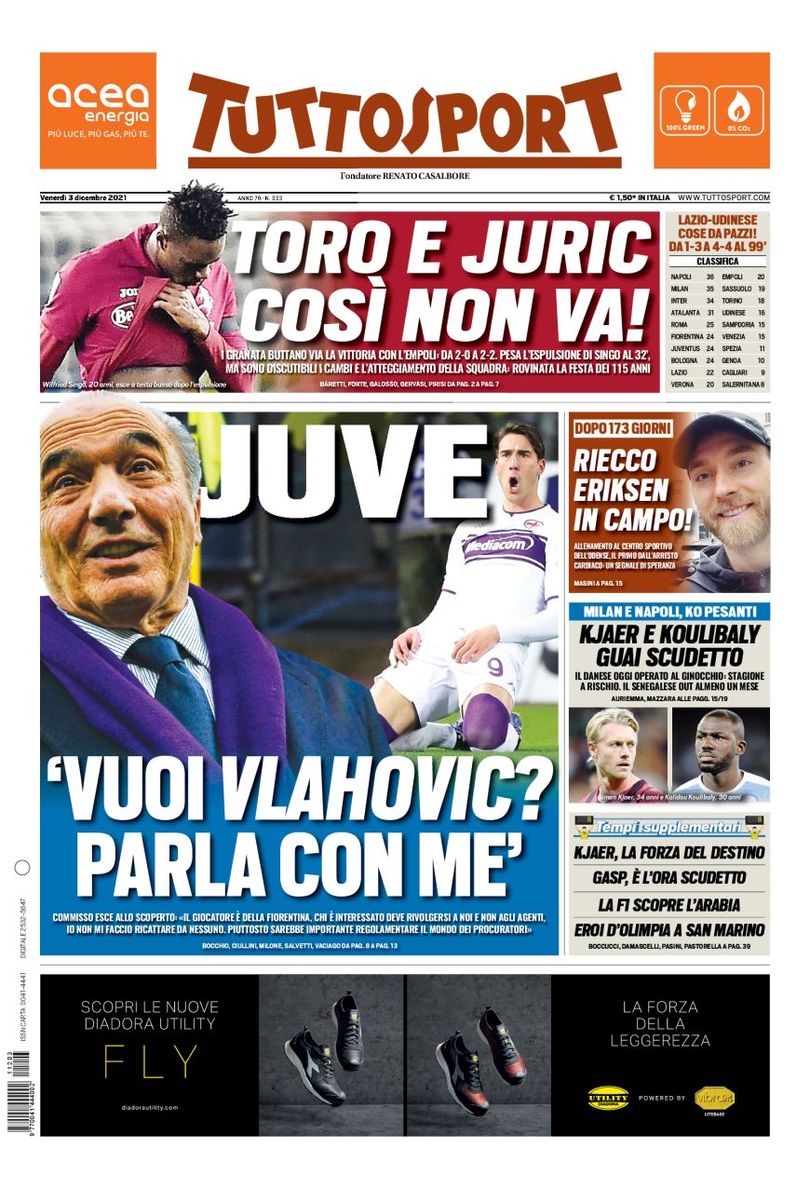 ‘Juve, you want Vlahovic? Talk to me’

Commisso out in the open: ‘He is a Fiorentina player, anyone interested in him should speak to me and not his agents. I will not be blackmailed by anyone. It’s important to regulate the world of agents’

Toro and Juric, this will not do!

Granata throw away victory against Empoli: from 2-0 to 2-2

Singo red card at the 32nd is damaging, but also debatable substitutions and attitude from the team

It ruins the celebration for the club’s 115th anniversary

Eriksen back on the field!

After 173 days, he trains with Odense: the first since his cardiac arrest is a sign of hope

Dane has knee surgery today, his season is at risk

Senegal international out for at least a month

Kjaer, the strength of destiny