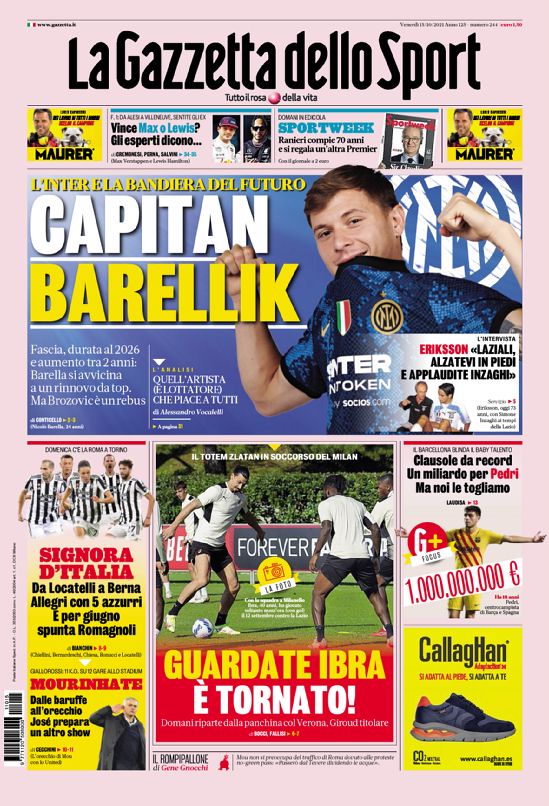 Inter and the icon of the future

Armband, contract to 2026 and pay rise within two years: Barella closer to a top player renewal

But Brozovic is a mystery

Look, Ibra is back!

Tomorrow he’ll be on the bench with Verona, Giroud to start

From Locatelli to Berna, Allegri with five Azzurri

And for June there’s Romagnoli

On Sunday Roma come to Turin

From the rows to his ear, Jose prepares another show

Giallorossi: 11 defeats at the Stadium

Record release clause, a billion for Pedri, but we remove them

Barcelona lock down the baby talent 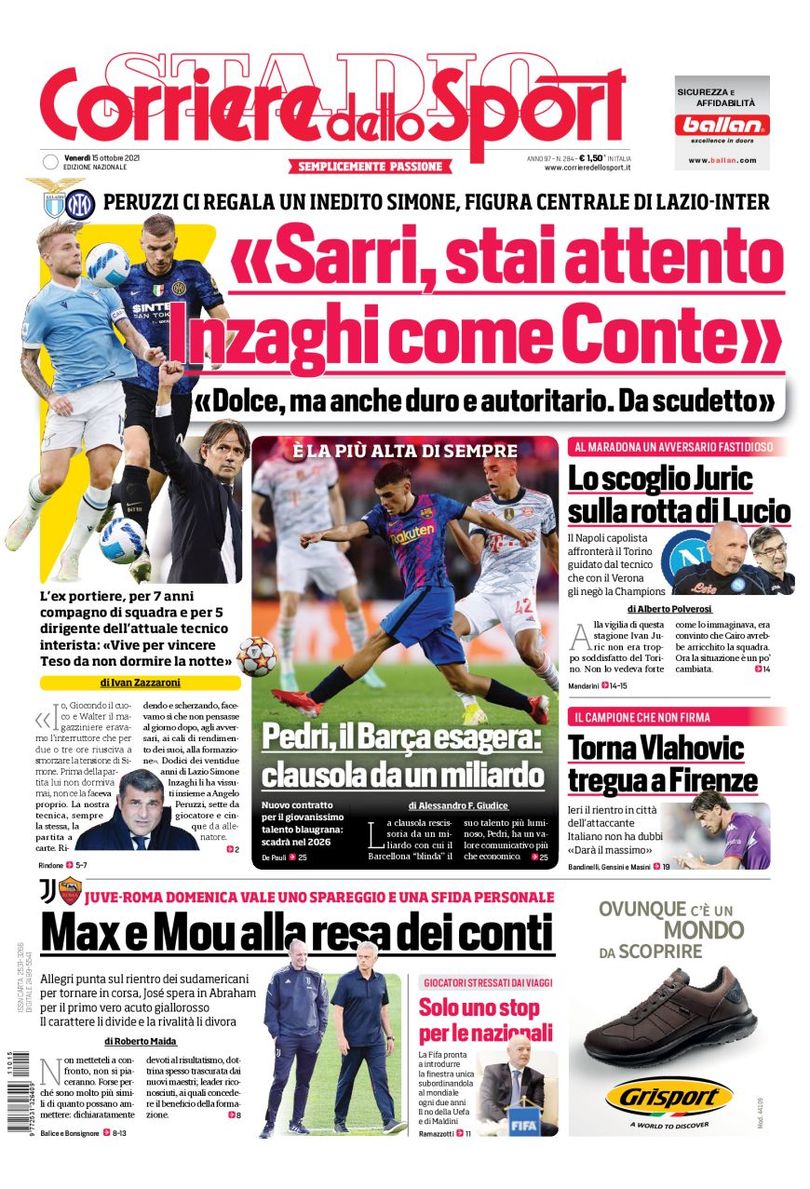 ‘He’s sweet, but also tough and authoritarian, ready for the Scudetto’

Ex-goalkeeper, who for seven years was his teammate and five as director for the current Inter coach: ‘Inzaghi lives to win, so tense that he can’t sleep at night’

New contract for the young Blaugrana talent: expires in 2026

Difficult opponent at the Maradona

The striker is back in the city, but won’t sign

Italiano has no doubts: ‘He will give his best’

Allegri targets return of South Americans to get back on track, Jose hopes Abraham can recover for the first real Giallorossi coup

Character divides them, rivalry devours them

Just one break for international duty

No from UEFA and Maldini 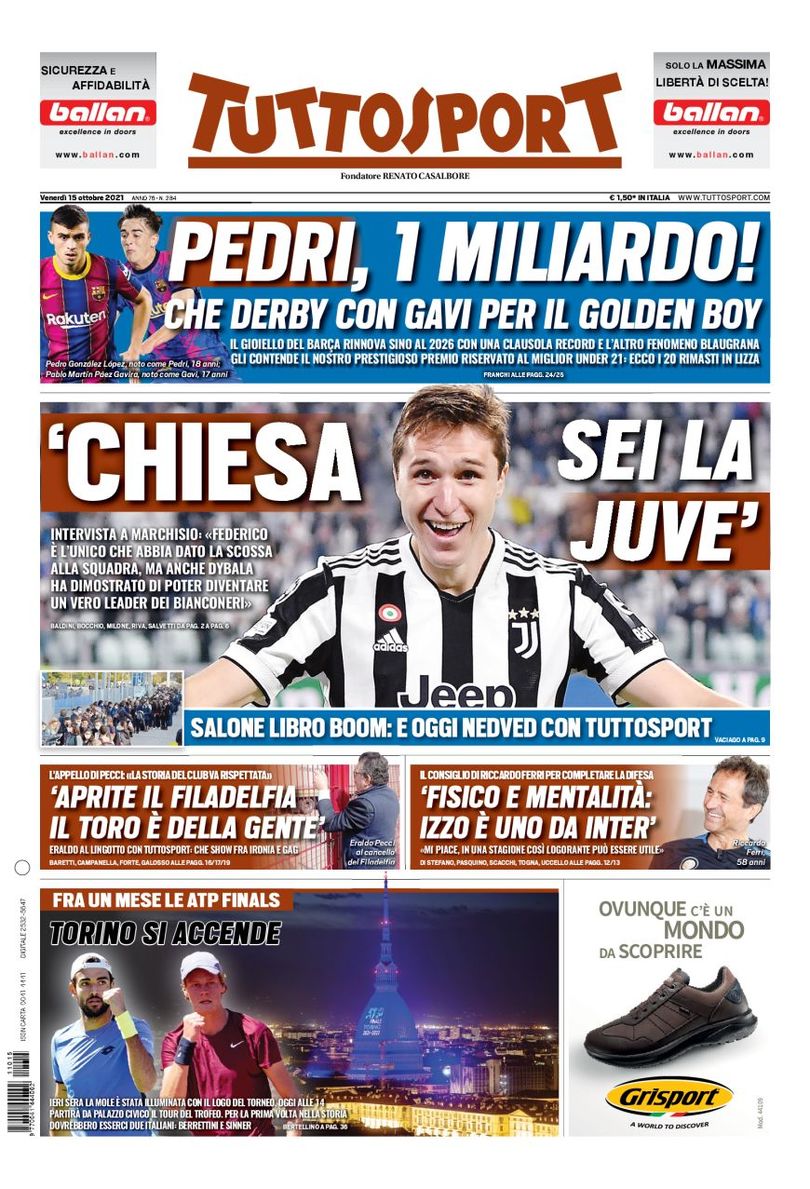 ‘Chiesa, you are Juve’

Marchisio: ‘Federico is the only one who ever shook up the team, but Dybala also proved he can become a real leader for the Bianconeri’

What a derby with Gavi for the Golden Boy

Barca jewel renews until 2026 with a record release clause and the other Blaugrana starlet challenges him for our prestigious award of Under-21 talents: here are the 20 who remain in the running

‘Open the Filadelfia, Toro belongs to the people’

Pecci appeal: ‘The history of the club must be respected’

Eraldo at the Lingotto with Tuttosport

‘Physique and mentality: Izzo is suited to Inter’

‘I like him, he can be of use in such a long season’