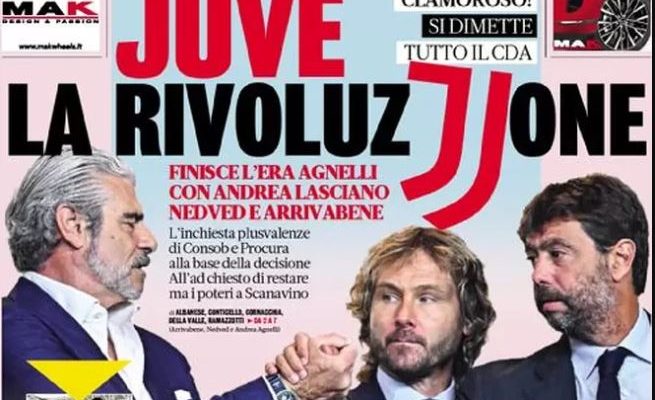 The Agnelli era is over. CONSOB and Prosecutor at the base of the decision. The CEO was asked to stay, but Scanavino has the powers.

The nine titles saga, then the boomerang CR7 and the error Superleague

Technicians and lawyers to enter the board of directors, sporting area to Allegri

Casemiro scores, and they qualify for the Round of 16, Portugal go ahead as well.

The President forced to leave after 12 years and nine titles

Juventus, Agnelli leaves with the board members, Elkann’s right-hand man to run the club

Brazil and CR7 come up big

Seleçao and Portugal promoted with Casemiro and Bruno Fernandes

Onana case: Cameroon kick him out of the team

The board of directors resigns, Elkann and the cousin decide to start again from technical figures to defend the club ahead of CONSOB and the Prosecutor. There will be a new president. Scanavino, trusted by John, will be the CEO, trying to look for continuity in the sporting part. Andrea’s letter to the employees: ‘We will always be worthy of our history.

Onana argues with the coach and leaves!

Vagnati in Qatar follows Vlasic closely, which confirms the desire to sign him permanently.