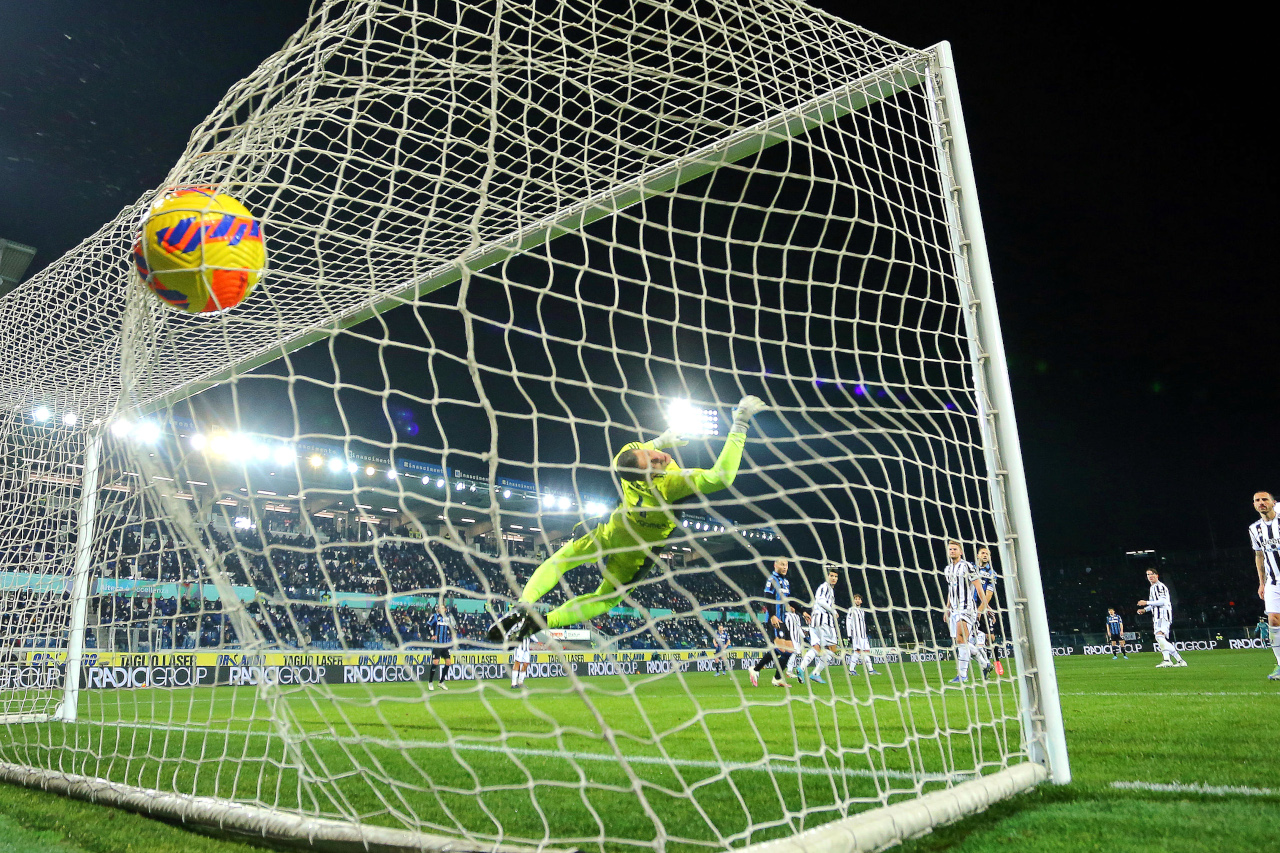 Atalanta play at the Gewiss Stadium, as the Stadio Atleti Azzurri d’Italia has been known since 2019. Holding 21,000 spectators, the stadium has undergone significant redevelopment since 2010 with the most recent work estimated to come in at a cost of €40m. First opened in 1928, the stadium was bought from the city government by the club in 2017. The Gewiss Stadium is about 8km from Bergamo Airport, around a 20-minute drive.

Bologna play at the Stadio Renato Dall’Ara, named after the club’s long-serving president who died shortly before Bologna won the 1963-64 Scudetto. It holds more than 30,000 fans and was used in both the 1934 and 1990 World Cup, with England’s Round of 16 win over Belgium in the latter tournament taking place at the Stadio Renato Dall’Ara. The stadium is about 8km from Bologna Guglielmo Marconi Airport, around a 15 minute drive.

Cagliari play at the Sardenga Arena, known as the Unipol Domus since 2021 due to a sponsorship between the club and Unipol. Cagliari previously played at the Stadio Sant’Elia, but the ground was demolished in 2017. The Unipol Domus has a capacity of just over 16,000 and is around 12km from Cagliari Elmas Airport, which would take about 15 minutes to drive.

Empoli play at the Stadio Carlo Castellani, named after the club’s record goalscorer, who died in the Mauthausen concentration camp. The stadium holds around 16,000 spectators – having previously held more than 19,000 before it was made all-seater – and was officially opened in 1965. The stadium is around 30km from Florence Airport, which would take about 30 minutes to drive.

Fiorentina play at the Stadio Artemio Franchi, named after a former president of the FIGC. The stadium was opened in 1931 and can accommodate more than 40,000 spectators. The record attendance for a fixture at the ground is 58,271 for a Fiorentina vs. Inter fixture in November 1984. The Stadio Artemio Franchi is about 10km from Florence Airport which, given the traffic in the city, can take about 30 minutes to drive.

Italy’s oldest club Genoa play at the Stadio Luigi Ferraris, named after a Genoa player who died in World War 1. Formerly Stadio Marassi, and still sometimes known as Marassi after the district in which it is located, the ground holds more than 36,000 fans and is shared by Genoa and Sampdoria. It was used in the 1990 World Cup for three Group C games and a Round of 16 fixture between Ireland and Romania, which Ireland won on penalties. The stadium is about 12km from the Genoa Airport, which can take 20 minutes to drive.

Inter play at the Stadio Giuseppe Meazza, more commonly known as San Siro – the part of Milan in which the stadium is located. One of the largest stadiums in Europe, San Siro holds just over 80,000 fans and is shared by Inter and Milan. It was named Stadio Giuseppe Meazza in 1980 after the forward who played for both Milanese clubs, becoming Inter’s record goalscorer, and won the World Cup with Italy in 1934 and 1938. Milan Malpensa Airport is about 50km from San Siro, which can take 40 minutes to drive.

Juventus play at the Allianz Stadium, having moved from the Stadio delle Alpi in 2006 to play at the Stadio Olimpico until their new stadium was constructed in 2011. Originally known as the Juventus Stadium, the name was changed for sponsorship reasons in 2017. The new ground cost €155m to construct and holds just over 40,000 spectators. The Allianz Stadium was the site of the 2014 Europa League Final, where Sevilla beat Benfica on penalties, and also hosted fixtures in the 2021 UEFA Nations League Finals and the 2022 Women’s Champions League Final. Turin Airport is about 16km from the Allianz Stadium, with the journey taking around 30 minutes.

Lazio play at the Stadio Olimpico, which was rebuilt prior to the 1990 World Cup which Italy hosted. The stadium held five Italy games and the final between West Germany and Argentina, won by West Germany on penalties after a goalless draw. Named the Stadio Olimpico in 1960 as Rome hosted the Summer Olympics, it holds just over 70,000 spectators and is shared by Lazio and Roma. The Stadio Olimpico is around 30km from Rome’s main airport, which is named after Leonardo Da Vinci, and can take about 40 minutes to make the journey in a car.

Milan play at the Stadio Giuseppe Meazza, or San Siro as it is also known. The ground is shared by Milan and Inter but was originally the home of the Rossoneri only, with Inter moving from the Arena Civica in 1947. San Siro has frequently been used for Italy fixtures, dating back to 1927, and hosted fixtures at the 1934 and 1990 World Cups, as well as the 1980 European Championships and the 2021 Nations League Finals. Milan Malpensa Airport is about 50km from San Siro, which can take 40 minutes to drive.

Napoli play at the Stadio Diego Armando Maradona, named after the club’s greatest ever player after his death in 2019. Previously the Stadio San Paolo, the stadium was built in 1959 and renovated prior to the 1990 World Cup, when it hosted five games, including the semi-final between Italy and Maradona’s Argentina that was won by the South Americans. Maradona scored the decisive penalty in the shootout after a 1-1 draw. Further renovation work took place in 2018 and the stadium holds more than 50,000 fans. Naples Airport is about 12km from the Stadio Diego Armando Maradona, and the journey can take around 25 minutes.

Roma play at the Stadio Olimpico, sharing the ground with neighbours Lazio. Traditionally, Roma fans congregate in the south stand, the Curva Sud, while Lazio fans take the north stand, the Curva Nord. The Stadio Olimpico has hosted Italy fixtures as well as games at the 1980 and 2020 European Championships, and a number of European Cup and Champions League Finals – in 1977, 1980, 1996 and 2009. The Stadio Olimpico is around 30km from Rome’s main airport, which is named after Leonardo Da Vinci, and can take about 40 minutes to make the journey in a car.

Sampdoria play at the Stadio Luigi Ferraris, sharing the ground with Genoa, and have done since the club was formed from a merger of Andrea Doria and Sampierdarenese in 1946 – the latter club itself a result of a series of mergers between clubs in the Liguria region. The ground has frequently hosted Italy fixtures, including a shock 1-0 win for the United States over the Azzurri in 2012, Italy’s first defeat in Genoa for more than 100 years and the United States’ first-ever win over Italy. The stadium is about 12km from the Genoa Airport, which can take 20 minutes to drive.

Sassuolo play at the Mapei Stadium – but that is not officially their home ground. The club’s Stadio Enzo Ricci is too small for Serie A, so after reaching the top flight, Sassuolo moved to Reggiana’s Stadio Giglio. It was renamed the Mapei Stadium in 2013, and the same family that owns the chemical company owns the Neroverdi. The ground holds just over 21,000 spectators and hosted the 2016 Women’s Champions League Final, which saw Lyon beat Wolfsburg on penalties. The nearest airport to the Mapei Stadium is in Bologna, almost 70km away, and the journey can take around an hour.

Spezia play at the Stadio Alberto Picco, and have since 1919, 13 years after the club was founded. It is named for Alberto Picco, one of the founders of the club and the club’s first-ever goalscorer. Picco died in military action in 1915, and since 1922 a memorial to him has stood at the entrance of the ground that bears his name. The memorial also commemorates other Spezia players who died during military action. The ground holds just over 11,000 fans, and was previously too small for the club to use in Serie A, forcing Spezia to play at Cesena’s Stadio Dino Muzzi for the 2020-21 season. The nearest airport to the Stadio Alberto Picco is in Pisa, which is almost 90km away and can take more than an hour to travel.

Torino play at the Stadio Olimpico Grande Torino, having previously played there between 1958 and 1990. In 1990 the club moved to the Stadio delle Alpi, sharing with Juventus, and returned to the Olimpico in 2006. Toro have had a number of home grounds since they were formed in 1906, with the most iconic of those arguably being the Stadio Filadelfia. The Fila, as it was known, was the site of the Grande Torino team of the 1940s, but moved to the Olimpico – then known as the Stadio Communale – in 1958. The Fila fell into disrepair, but was rebuilt and today is used as Torino’s training ground. The Stadio Olimpico Grande Torino is about 20km from Turin Airport and in traffic, can take around an hour to reach.

Udinese play at the Stadio Friuli, known as the Dacia Arena due to a sponsorship agreement. The ground was opened in 1976 as a replacement for Udinese’s former home, the Stadio Moretti. The Friuli was refurbished in 2013, the same year Udinese were given a 99-year lease on the ground by the City of Udine. The redeveloped site opened in January 2016 and can accommodate around 25,000 fans. The nearest airport to the Stadio Friuli is Trieste Airport, around 40km away with a journey time of 40 minutes by car.

Verona play at the Stadio Marcantonio Bentegodi, named in honour of an historic benefactor of sport in Verona. The ground opened in 1963 and between 1986 and 2021 was shared by Verona and neighbours Chievo. It was renovated for the 1990 World Cup, where it hosted four games including Yugoslavia’s 2-1 extra time win over Spain in the Round of 16, and has a capacity of just under 40,000. The nearest airport to the Stadio Marcantonio Bentegodi is the Valerio Catullo Airport, a little over 10km away and a 10-minute car ride.

View Serie A Tickets by club