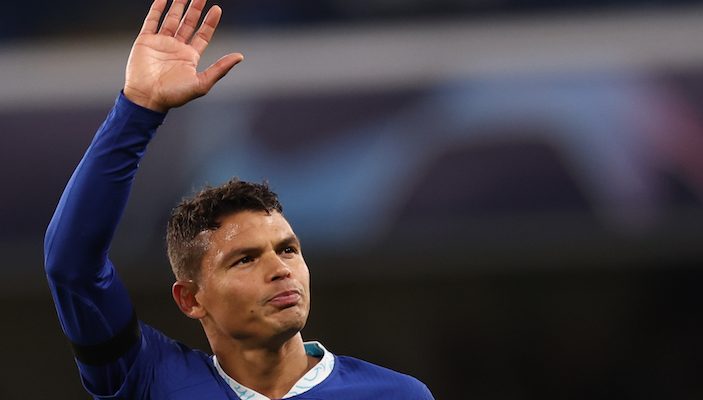 The Rossoneri suffered a humbling 3-0 loss at Stamford Bridge yesterday, a tough evening for Stefano Pioli and his squad as the home side flew to an important win, allowing them to put some key points on the board in Group E. The two teams are now tied on four points, making next week’s match decisive in determining the outcome of the group.

Speaking to TMW, Thiago Silva first looked back at Chelsea’s win over Milan and how things could’ve been different after a Leao chance in the first half.

“Milan were in difficulty because Chelsea had a great game. It’s normal that if one team plays well the other struggles. Then it all depends, if Leao scored that goal at the end of the first half it would’ve changed the game completely.

“I always tell my players, within a game there are many games. If he had scored at that moment, the second half would’ve been a different match.

“It was important not to concede that goal. Then in the second half we played well and Milan struggled a bit, but Tuesday will be a different game.”

He commented on the suggestion that Pierre Kalulu and Fikayo Tomori were on a similar level to his during his time at Milan.

“I don’t like to make comparisons. Everyone has their own qualities, they play very well. I know Tomori more, when I arrived here he was there. He left to try new experiences.”

Finally, Thiago Silva spoke about Milan’s fight for the Scudetto this season.

“I’m happy for last year’s Scudetto, I hope Milan can repeat that this year, but on Tuesday we still want to win.”