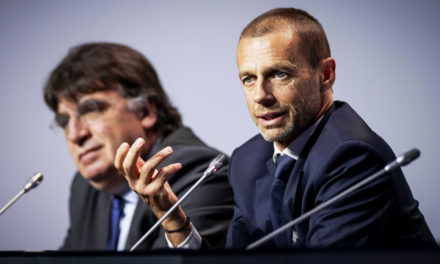 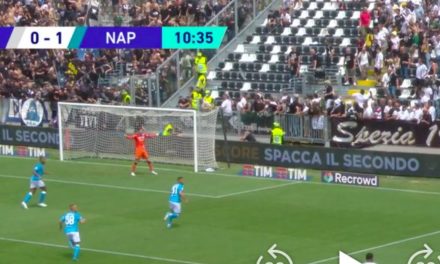 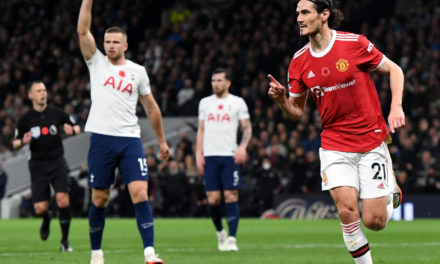 Cavani idea ‘came to Salernitana i... 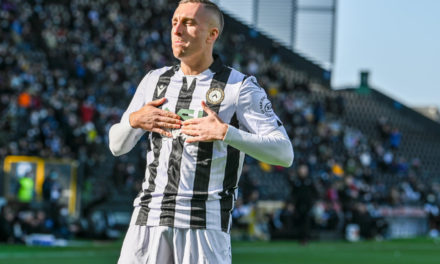 Napoli announced their second signing of day on Thursday with left-back Mathias Olivera arriving from Getafe. Earlier in the day, the Partenopei and president Aurelio De Laurentiis confirmed Andre Zambo Anguissa had joined on a permanent deal. And just an hour later,...

Napoli announced on Thursday they have agreed a deal with Fulham for the permanent signing of midfielder Andre Frank Zambo Anguissa. The Cameroon international joined in the summer initially on a loan after suffering relegation from the Premier League with the...

Juventus in top 10 strongest brands, but Milan surge up list

Real Madrid are named the world’s strongest football club brand, with Juventus the only Italian in the top 10, but Milan surging up the list following their Scudetto victory. The Football 50 2022 list was published by Brand Finance, who every year analyse and rank the...

Italy are hoping to get the hosting rights for the EURO 2032 tournament, but UEFA President Aleksander Ceferin warns there is a lot of work to be done. ‘The infrastructure in Italy is pretty terrible.’ The last major tournament to be held in the Peninsula was the 1990... 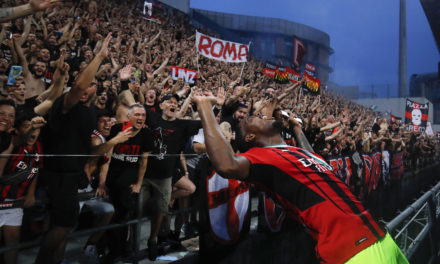 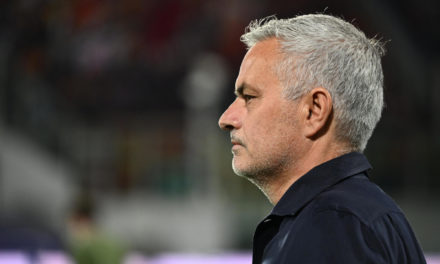 The verdict on Mourinho’s Serie A ... 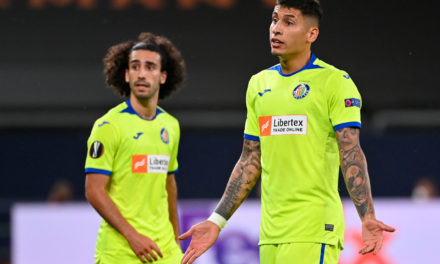 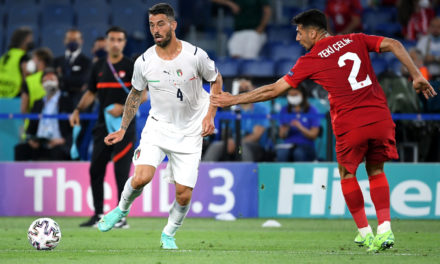 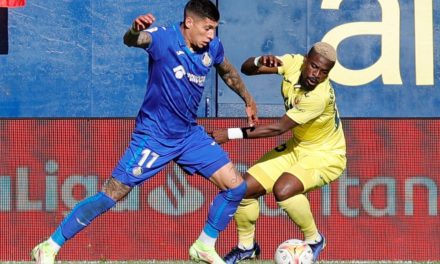 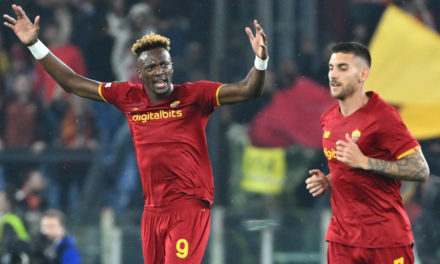 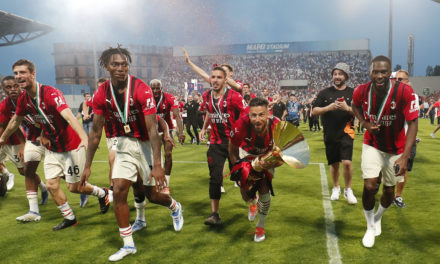 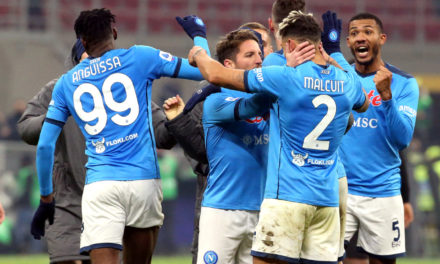 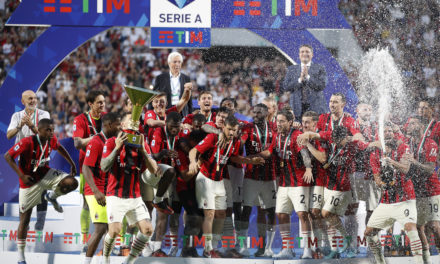 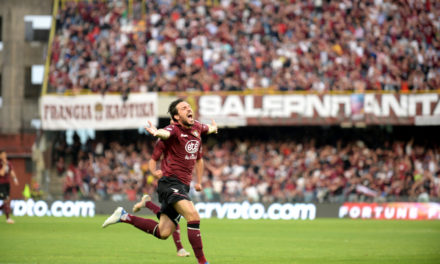 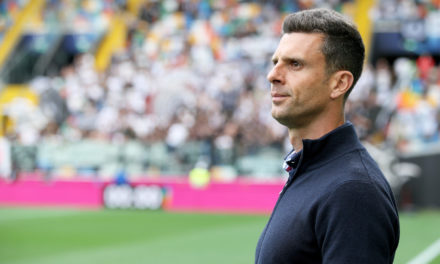 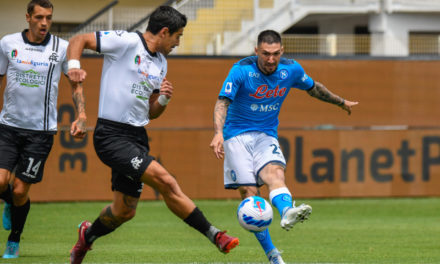 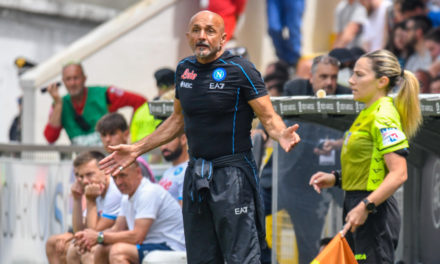 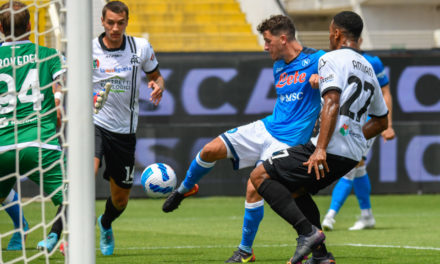 Crowd trouble brings Spezia-Napoli to a ...

Napoli boss Spalletti thanks media with his own wine

Napoli coach Luciano Spalletti hasn’t always had the best relationship with the media, but he did...

Spalletti: ‘I’ll chain myself to gates if Napoli sell Koulibaly’

Luciano Spalletti admits Napoli are in a period of renovating the squad, but insists Kalidou...

Antonio Conte’s Tottenham Hotspur are interested in the availability of Napoli midfielder...

Napoli striker Victor Osimhen has been named the Best Young Player of the 2021-22 Season in Serie...

Torino star Bremer named Serie A Defender of the Season

Torino centre-back Gleison Bremer has been named Defender of the Season in Serie A, which is why...

Italy coach Roberto Mancini has called up 53 players for a training camp from May 24-26, including...

Napoli defender Kalidou Koulibaly has hinted a potential exit from the club could be on the cards,...

AIA has appointed the referees for the final Serie A matchday, with Daniele Doveri in charge of...

Hirving Lozano’s season is over as the Napoli star has returned to Mexico to undergo...

Looking for all the latest Napoli news, results and fixtures? Football Italia is the place to be for everything you need to know about the Azzurri. Whether your family has followed the Partenopei right from their origins in the early 20th century or you’re a newcomer to the Napoli party, we are the number one English-speaking website for Serie A fans.
As a club with such a huge following, the latest Napoli news is always a hot topic. You can read up on all the breaking stories right here, with our Napoli club page dedicated to everything you need to know about the Azzurri. Our coverage is unmatched, while you can follow us on Twitter to stay right in the loop when it comes to everything from the latest Napoli transfer news to managerial comings and goings, results and the fallout from all the games.
With huge fixtures including the Derby del Sole against Roma, the Derby della Campania against Salernitana and rivalries with the likes of Juventus and Palermo, Napoli results are always closely followed. Whether you’re running your eye over the upcoming Napoli fixtures or keeping track of every goal as it goes in with our matchday liveblog, Football Italia has your Azzurri fix covered.

From the latest Napoli results to post-game reactions and insight into everything from injuries and team news to who’s refereeing, you can stay on top of the Partenopei’s progress in Serie A, the Coppa Italia and European competitions including the Champions League.
Napoli’s origins are in the Naples Foot-Ball and Cricket Club, which was established in late 1904 by an English sailor called William Poths. Neapolitan Ernesto Bruschini was also involved, along with Hector M. Bayon and a number of other locals including Amedeo Salsi, an engineer who would become the club’s first president.

The original Naples Football Club wore navy and sky blue stripes with black shorts, playing their first match against the crew of an English ship called the ‘Arabik’. With the Italian national championship only open to northern clubs at the time, the team claimed a first regional honour in 1913 against Internazionale Napoli, who were formed by a breakaway of foreign players the year before.

The two clubs would merge back again as Internaples a decade later, before Associazione Calcio Napoli was founded in August 1926, in time for entry to the Divisione Nazionale. Success was hard to come by against the powerhouses from the north, with Napoli spending a number of seasons in Serie B and having to wait until 1962 to claim their first notable piece of silverware, when they lifted the Coppa Italia.

Just over 20 years later, the Azzurri’s status would be changed forever by the arrival of a certain diminutive Argentinian forward who went by the nickname ‘El Pibe de Oro’ - the Golden Boy. Following a tumultuous spell at Barcelona, Diego Armando Maradona moved to Naples for a world record fee in July 1984.

Maradona led Napoli to their first ever Scudetto in 1987, before adding a second three years later. Those two title wins remain the only times the Partenopei have won Serie A to date, while there was another Coppa Italia in 1987, along with a UEFA Cup triumph in 1989. Maradona’s presence at Napoli brought unprecedented success to the club, but they’ve found it tough to replicate in the years since.

Napoli supporters have had to deal with some dark times in the post-Maradona era, with the club going through a period of severe decline both on and off the pitch. Relegations and financial difficulties led to the Azzurri being declared bankrupt in 2004, with Aurelio De Laurentiis coming to the rescue in a bid to take Napoli from Serie C1 back to the top flight.

That didn’t take long, with the Partenopei reaching Serie A in 2007. There have been four second-place finishes since then, along with three more Coppa Italia triumphs. The wait for another Scudetto, however, goes on.
Napoli’s colours come as no surprise when you consider their coastal location along the Gulf of Naples and resulting maritime history. Although two shades of blue formed the club’s kit in the early days, a single shade of azure has been used since the 1920s. Sharing their nickname with the Italy national team as a result, the Napoli kit has sometimes been a darker shade of blue and at other times a light sky blue. Whichever version is up next, any new Napoli kit is always hotly anticipated by fans and neutrals alike.

Whether you’re checking out the latest Napoli kit release or reminiscing about a retro strip, the Partenopei have one of football’s most recognisable shirts. The club has also pioneered the release of multiple new kits within the season, allowing fans to purchase special editions and quirky designs as collectables and fashion statements all rolled in to one.
There’s no doubt about who Napoli’s greatest ever player is. Diego Maradona is regarded by many people, especially in Argentina, as the finest footballer the game has ever seen, leading his country to World Cup glory in 1986 and transforming the Partenopei’s fortunes around the same time. Such was Maradona’s status in Naples, the club’s Stadio San Paolo home was renamed as the Stadio Diego Armando Maradona following the global icon’s tragic death on November 25, 2020.

Napoli have had plenty of other world-class players on their books over the years though. From long-serving heroes such as Giuseppe Bruscolotti and Antonio Juliano to record appearance maker Marek Hamsik and record goalscorer Dries Mertens, the likes of Edinson Cavani, Gonzalo Higuain and Lorenzo Insigne also rank among the Azzurri’s finest ever forwards.

Paraguay-born striker Attila Sallustro represented Napoli with distinction between 1926 and 1937, while Antonio Vojak also scored over 100 goals for the Partenopei between 1929 and 1935. Back to the modern day, Nigerian striker Victor Osimhen is Napoli’s record signing after his arrival from Lille in 2020 for a total fee of €80m including bonuses. Maradona’s transfer fee still remains one of the highest in history too, once inflation is taken into account.
Austrian Fritz Kreutzer was AC Napoli’s first coach in 1926, while the managerial hot seat’s current incumbent is Luciano Spalletti. The club’s longest-serving manager in a single spell is Eraldo Monzeglio, who took charge of 236 matches between 1949 and 1956. Ottavio Bianchi led out Napoli in the same number of games across two spells in the 1980s and 1990s, guiding the club to their first ever league title in 1987.

Alberto Bigon, who spent a year at Napoli as a player in 1966-67 without featuring in Serie A, would lead the club to their second Scudetto in 1990, beating Juventus 5-1 in the Supercoppa Italiana the same year. Bruno Pesaola holds the record for most matches as Napoli manager with 265 over three spells between 1962 and 1977, while Walter Mazzarri, Rafael Benitez and Gennaro Gattuso go down as Coppa Italia-winning coaches for the Azzurri. Maurizio Sarri failed to win a trophy at Napoli but really rose to prominence as a top coach at the club between 2015 and 2018, going on to manage Premier League Chelsea, as well as Juventus and Lazio in Serie A.
As one of Italy’s best-supported clubs, Napoli have developed their fair share of rivalries over the years. As the only major team in the city of Naples, the Partenopei don’t have any local derbies as such, but play regional derbies against other teams from Campania, including Salernitana and Avellino.

One of Napoli’s most intense rivalries pits the club against Roma in the Derby del Sole – the derby of the sun. Also known as the Derby del Sud – derby of the south – it pits two of the biggest teams outside of the traditional northern elite against each other. The Azzurri also have a rivalry with Sicilian outfit Palermo, as well as Juventus. The latter is based on the historic enmity between the north and south of Italy, grew in the 1980s as Napoli challenged Juventus on the pitch and reignited in the 2010s as the Azzurri again pushed the Bianconeri at the top of the table.

How many times have Napoli won Serie A?

Napoli have won Serie A twice, with Diego Maradona leading the Partenopei to the Scudetto in 1987 and 1990.


How many times have Napoli won the Coppa Italia?

Napoli have won the Coppa Italia on six occasions, with their first triumph coming in 1962 and their most recent success in 2020.


Who are Napoli’s biggest rivals?

Napoli’s biggest rivals are Roma, Juventus and Palermo, as well as fellow Campania sides such as Salernitana and Avellino.


Why are Napoli called the Partenopei?

The Parthenopean Republic was a semi-autonomous republic within the Kingdom of Naples that briefly existed in 1799.