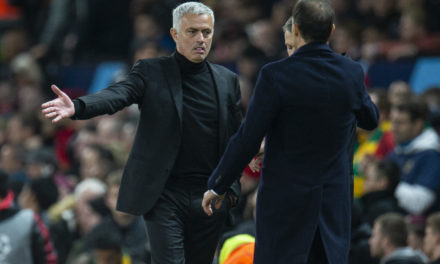 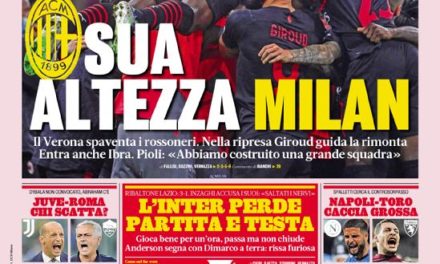 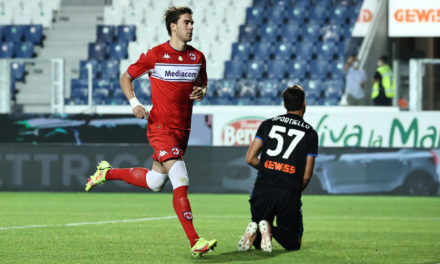 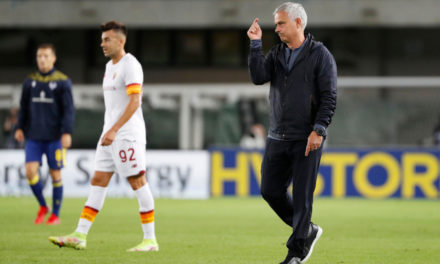 Mourinho: ‘Not a battle between me and A...

Join us for all the build-up and action as it happens from today’s six Serie A games, including Juventus-Roma, Napoli-Torino and Empoli-Atalanta. Week 8 already kicked off on Saturday with Milan, Lazio and Spezia all completing comeback wins over Verona, Inter and...

Matthijs de Ligt has been ruled out of Juventus-Roma while Alvaro Morata is available. The Dutch defender has not been included in Massimiliano Allegri's squad list for tonight's match against the Giallorossi. It kicks off at 19.45 UK time. De Ligt is not available...

José Mourinho and Juventus meet at the Allianz Stadium tonight with the Special One who could add one more chapter to the history of his rivalry with the Old Lady. It's safe to say Mou doesn't have a friendly relationship with Juventus, especially with their fans. The...

Moise Kean, Federico Chiesa and Federico Bernardeschi are expected to start in the Juventus attack against Roma, who have Tammy Abraham available but not fit enough to start. The Bianconeri host Roma at the Allianz Stadium tonight. It kicks off at 19.45 UK time.... 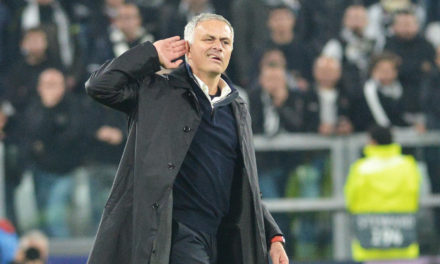 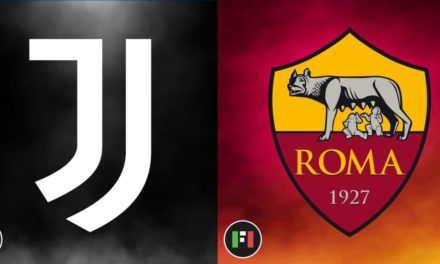 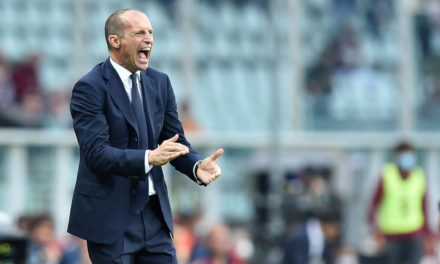 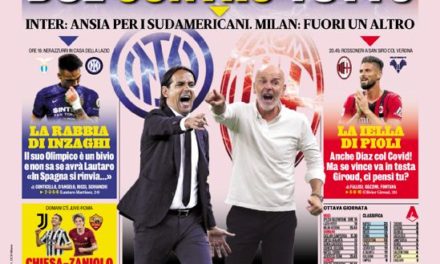 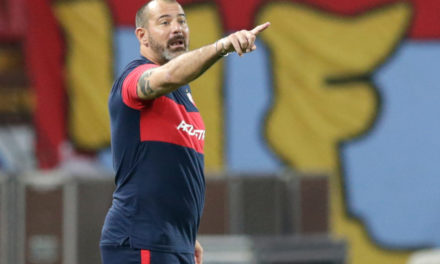 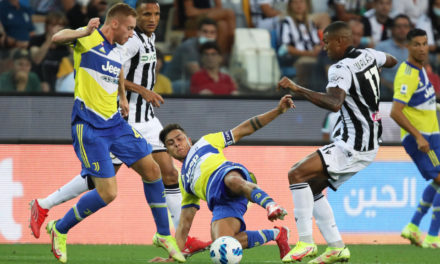 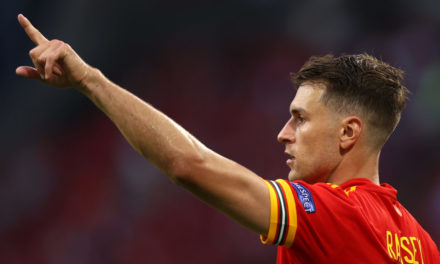 Ramsey can leave Juventus for free on on... 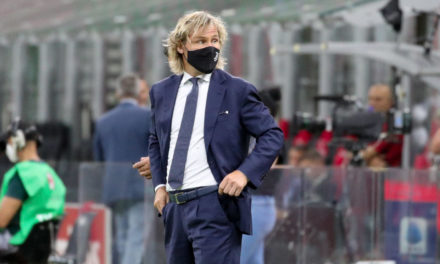 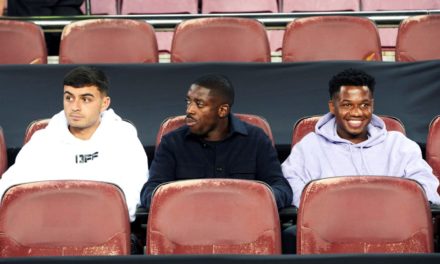 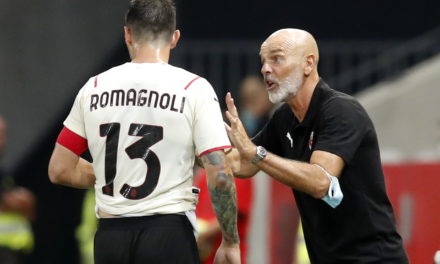 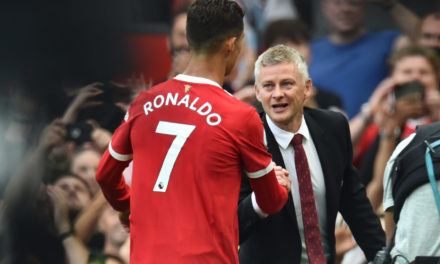 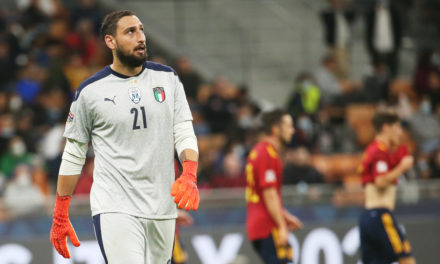 Fiorentina President Rocco Commisso took another swipe at Inter and Juventus for what claims is...

Italy stars joke about England and EURO 2020 in Mancini ad

A new advert starring Roberto Mancini and several Italy stars from UEFA EURO 2020 concludes with a...

Banning racist fans might not be so easy in Italy

According to Il Mattino newspaper, Serie A clubs will find it difficult to ban supporters for...

A study released by the European Union has found that Italy has some of the best taxation...

Football Italia is your go-to for all the latest Juventus news, views and results. As one of the most recognised clubs in the world and, you can keep an eye on the Old Lady’s latest results and fixtures right here. The Bianconeri always start the season in contention for the Scudetto, and you can stay on top of their title challenge on our dedicated Juventus club page.
Whether you’re reading the latest news stories or checking out the Juventus transfer news to see who’s coming in and out of the Allianz Stadium, our up-to-date coverage of the Serie A giants is second to none. You can follow us on Twitter to see the latest Juve news as it happens, or check in here to devour everything Bianconeri-related as soon as it breaks.
Some of the biggest Juventus fixtures to look out for this season are against likely title rivals Inter and Milan, as well as Champions League contenders such as Atalanta and Napoli. Juve results in the Champions League and Coppa Italia are always worth looking out for, and you can keep on top of everything right here.
If you support La Vecchia Signora, you’ll want to know the latest Juventus results and scores as the goals hit the back of the net. For most of the last few years, Juventus results have been positive as the Bianconeri dominated Serie A, but there has been a changing of the guard of late, and Juve haven't had it all their own way.
Juventus are an historic club who trace their roots back to an idea spawned by a group of friends while sitting on a bench on Corso Re Umberto. The eldest of the group was still only 17, which is where the club’s name comes from. Juventus means ‘youth’ in Latin, but little did this group of Massimo D’Azeglio high school friends know that the name they came up with in November 1897 would still be one of the most famous in the sporting world well over a century later.

Enrico Canfari was the first Juventus president, while the team’s first proper ground was the Piazza d’Armi. Juve debuted in the national championship in 1900, with their first title victory coming five years later. However, there was a split the following year when President Alfred Dick went his own way to form Torino, taking the club’s best foreign players with him. That particular rivalry remains to this day, while it would be another 21 years until Juventus won their next championship, in 1926. By then, Juventus were playing at the Corso Marsiglia, where they would win four league titles before moving to the Stadio Benito Mussolini in 1933.

The Bianconeri would stay at what became the Stadio Comunale Vittorio Pozzo and is now called the Stadio Olimpico Grande Torino for 57 years. A move to the Stadio delle Alpi followed in 1990, which had been built for the Italia 90 World Cup. Juve would remain there until 2006, when they moved back to the Stadio Olimpico for five years while their current stadium was being built. The Juventus Stadium opened in September 2011 and has been known as the Allianz Stadium since 2017.

The Old Lady have won Serie A a record 36 times, which is nearly twice as many as Inter who are second with 19. Juve have lifted the Coppa Italia on 14 occasions, while they’ve also won the Supercoppa Italiana nine times since its introduction in 1988. The Turin giants have tasted glory on Europe’s biggest stage twice, winning the European Cup in 1985 and the Champions League in 1996. They’ve also won the UEFA Cup three times and the European Cup Winners’ Cup once, as well as the Super Cup and Intercontinental Cup twice.
Juve played in pink to start with, which is why they often use that colour for their away kit. The club moved to their iconic black and white colours in 1903, under inspiration from English side Notts County. Now known around the world as the Bianconeri, the latest Juventus kit release is always big news. As soon as the new Juve kit is released, you’ll find out about it right here.
The current Juventus squad contains some of the biggest names in world football, even after the sale of Portuguese superstar Cristiano Ronaldo. Prior to returning to Manchester United, Ronaldo held the No 7 shirt, which was left vacant after his exit. Italy Euro 2020 winners Giorgio Chiellini and Leonardo Bonucci marshal the defence, while Federico Chiesa and Paulo Dybala rank among the most talented forwards in Serie A, as Juve continue to boast the sort of world-class talent they’ve been known for over the years.

From the Trio Magico of Giampiero Boniperti, John Charles and Omar Sivori, to record appearance maker and goalscorer Alessandro Del Piero, legends such as Zinedine Zidane and Roberto Baggio have all donned the famous black and white stripes. Top goalkeepers include Dino Zoff and of course Gianluigi Buffon, while notable midfielders include Marco Tardelli, Edgar Davids and current vice president, Pavel Nedved.
Max Allegri has returned as Juventus coach this summer for his second stint in charge of the Bianconeri, following a trophy-laden spell in charge from 2014 to 2019. He follows former Juve player Andrea Pirlo and Maurizio Sarri, who both had a year in the hot seat, and is tasked with bringing the Scudetto back to Turin after winning Serie A in all five of his previous seasons in charge.

Antonio Conte was Juve coach for three years before Allegri’s first spell, and the man who ended a nine-year title drought in Serie A following the notorious Calciopoli scandal. He joins managerial luminaries such as Fabio Capello and Carlo Ancelotti as former Juventus managers, not to mention Giovanni Trapattoni and Marcello Lippi. World Cup winner Lippi is regarded as one of Juve’s greatest ever coaches, having won five Serie A titles, the Coppa Italia and the Champions League across two spells in charge.
In addition to their local rivalry with Tornio, Juventus also count Inter as one of their main rivals. Matches between the Bianconeri and Nerazzurri are called the Derby d’Italia - Derby of Italy - with both clubs often battling it out for the Scudetto. There’s also a rivalry with Milan on account of the size and stature of the two clubs, but there’s no doubting who the biggest Juventus rivals are.

The fixture against Torino is called the Derby della Mole, after major Turin landmark the Mole Antonelliana. It’s also referred to as the Derby di Torino - Turin Derby - and is the earliest example of a derby in Italian football. The long-standing rivalry is the result of the acrimonious split in 1906, and far more bitter than European rivalries with the likes of Real Madrid.
How many times have Juventus won Serie A?

Juventus have won Serie A a record 36 times, with their first league title coming back in 1905 and their most recent in 2020.

How many times have Juventus won the Champions League?

Juventus have won the Champions League/European Cup twice, in 1985 and 1996.

Who are Juve’s biggest rivals?

Torino are Juve’s oldest rivals, with the clubs contesting the Derby della Mole. Inter are also one of Juve’s biggest rivals, in what is known as the Derby d’Italia.

Why are Juventus called the Old Lady?

Juve’s nickname of the Old Lady - La Vecchia Signora - is a pun on their name, Juventus, which means ‘youth’ in Latin.