Eriksen agent: ‘Not yet time’ to discu... 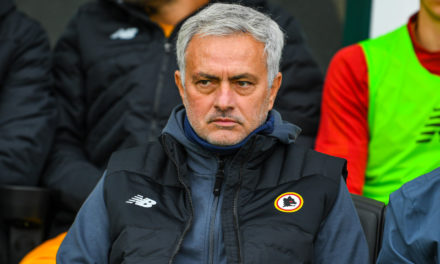 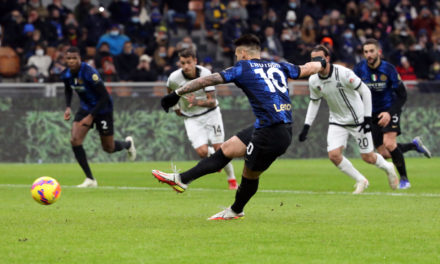 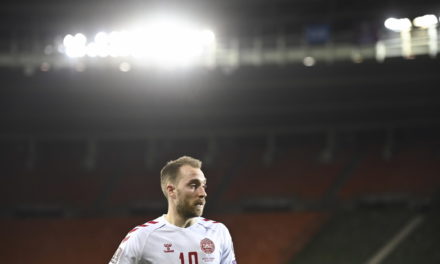 Eriksen returns to training in Denmark 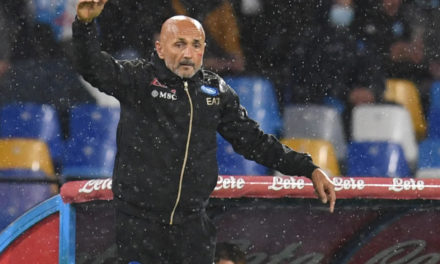 Today’s Papers – Crazy Lazio-Udinese, Commisso warns VlahovicInzaghino Simone doing well on all fronts and tries to be like Mourinho, taking him on tomorrow Balanced team, solid group and versatile players from Calha to Bastoni: this is how Inter rediscovered their...

Eriksen agent: ‘Not yet time’ to discuss career beyond Inter

Inter midfielder Christian Eriksen began training with Odense in Denmark today, but his agent insists ‘it is not yet the moment to talk about football’ and continuing his career, which he cannot do in Italy due to the defibrillator. The player resumed training with...

Inter director Beppe Marotta argues it is ‘discriminatory’ to block the Growth Decree from applying to football players and further evidence that the Government looks down on sport as an industry. The law was introduced in 2019 to help bring fresh investment and...

Following his rant against referees, Roma coach Jose Mourinho will not hold a press conference leading into the showdown with his former club Inter. The game is due to be played on Saturday at the Stadio Olimpico, kicking off at 17.00 GMT. The Giallorossi are coming... 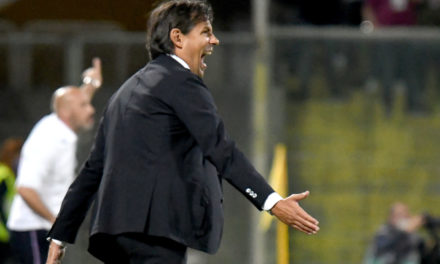 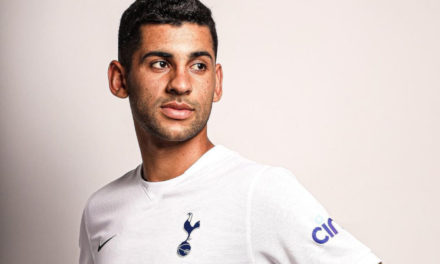 Conte and Tottenham’s targets in S... 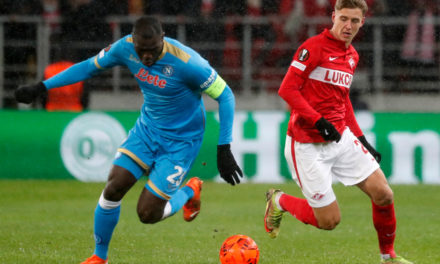 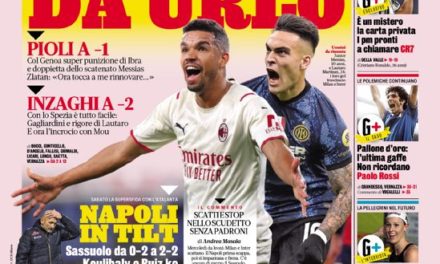 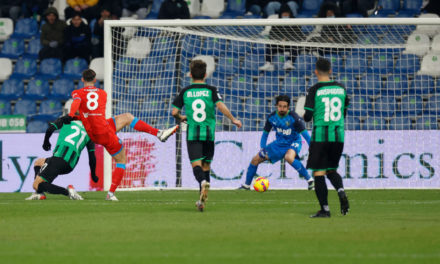 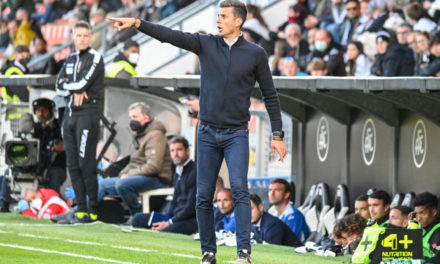 Thiago Motta: ‘Lautaro should have... 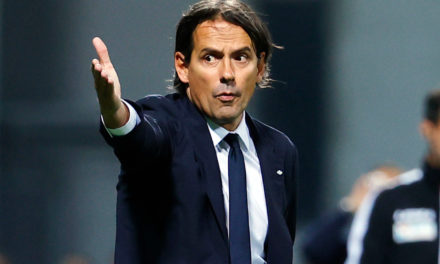 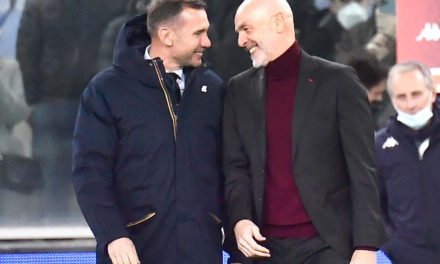 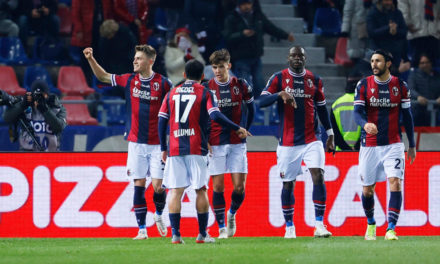 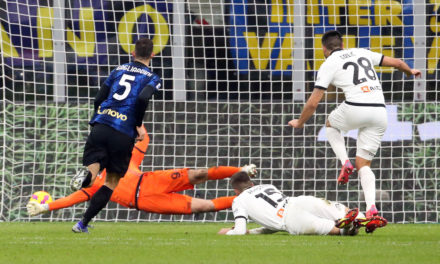 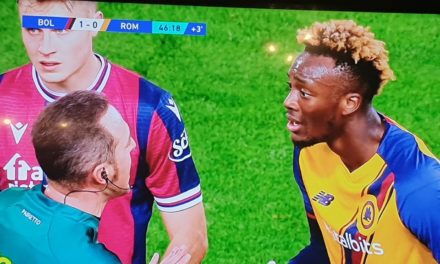 Abraham distraught at Roma ban against I...

Inter coach Simone Inzaghi admits they are in an ‘emergency’ situation against Spezia, but trusts...

Serie A LIVE: Inter vs. Spezia

Materazzi hits back at Ibrahimovic with trophy mockery

Marco Materazzi replied to Zlatan Ibrahimovic’s elbow in the revenge head story by reminding the...

Italy failed to qualify directly for the World Cup, Napoli led Serie A ahead of Milan and a...

Napoli should continue with Dries Mertens up front against Sassuolo, while Milan lean on Zlatan...

Today’s Papers – Finally some Joya, catch me if you can

Mourinho to rotate against Bologna due to yellow cards?

A rotation of the squad against Bologna can’t be excluded, as Roma coach Jose Mourinho risks...

The Italian Government is reportedly ready to amend the rules and cancel Growth Decree, to stop...

Kjaer ‘must move on’ after Eriksen incident

Simon Kjaer admits he must ‘move on’ after the Christian Eriksen incident and believes...

Leo Messi has won the seventh Ballon d’Or in his career, while Jorginho was ranked 3rd and... 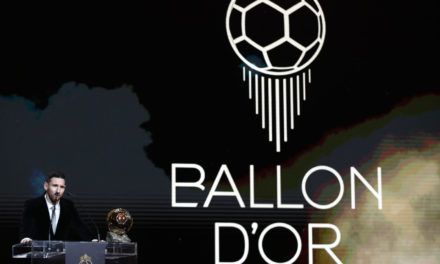 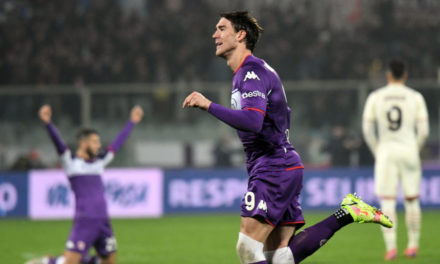 Inter: Marotta on Lukaku’s sale an... 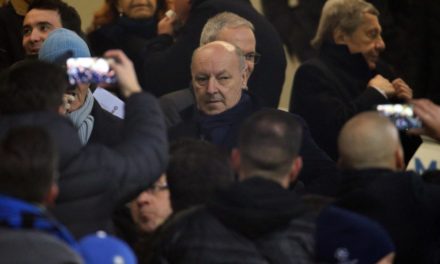 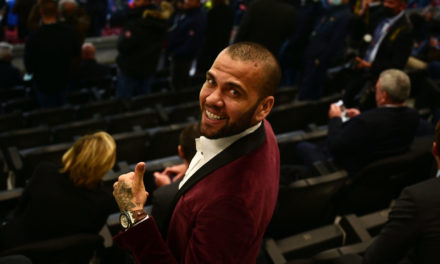 Former Milan owner Silvio Berlusconi joins the front of those who are against the demolition of...

Inter’s home kit for the 2021-22 Serie A campaign has certainly turned a lot of heads. From what...

The AIA has announced the referees for Serie A Week 15, with Francesco Fourneau overseeing...

Denzel Dumfries has struggled to convince at Inter, who could reportedly look for a new full-back...

Inter without Darmian and Ranocchia for 15 to 20 days

As the current Serie A champions, the latest Inter news, results and fixtures are crucial. Thankfully, Football Italia puts you right at the forefront of the latest goings on at the Nerazzurri, bringing you the latest Inter scores, news and views as they look to mount another successful challenge for the Scudetto.
Whether you’re tuning in for the latest Inter transfer news or delving deeper into what’s happening behind the scenes at San Siro, our dedicated club page is your number one resource for everything Inter-related. We have unsurpassed English-speaking coverage of the Nerazzurri, while you can also check out our Twitter account to receive breaking Inter news as it happens.
As the reigning champions of Italy, Inter results are crucial in the race for the Scudetto. It doesn’t matter if you’re keeping an eye on the latest scores or looking ahead to upcoming Inter fixtures, you’ll find everything you need with Football Italia.
Whether they’re playing local rivals Milan or fellow giants Juventus, or on the glory trail in Europe, Inter fixtures are always highly anticipated. You can keep track of every goal as it goes in right here, before reading all about the fallout from the latest Inter results.
Inter were founded as Football Club Internazionale in 1908, following a split from existing Milanese outfit, Milan Foot-Ball and Cricket Club. This was the result of a disagreement concerning the signing of foreign players, which is where the new club got their name from. Internazionale literally translates into English as ‘international’, with the founding members wanting to welcome foreign players without limit, in addition to Italians. This is also where the fierce local rivalry with Milan stems from.

“This wonderful night bestows us with the colours of our crest: black and blue against a gilded backdrop of stars. It shall be called International, because we are brothers of the world.” Those were the words which heralded Inter’s new dawn on March 9, 1908, and the reason why the club have been known as the Nerazzurri - Blue Blacks - ever since.

It wouldn’t take long for Inter to win their first national title, becoming champions of Italy just two years later in 1910. A second title arrived in 1920, but a turbulent period would follow. Inter were forced to merge with Unione Sportiva Milanese by Benito Mussolini’s National Fascist Party in 1928, and renamed as Societa Sportiva Ambrosiana. They would wear white shirts with a red cross, inspired by Milan’s flag and coat of arms.

A number of changes to their name and kit would follow before the collapse of the facist regime in 1943, but not before Inter added three more championships and the Coppa Italia to their trophy haul. Giueseppe Meazza was the star of that cup success in 1939, and would have Inter’s home stadium, San Siro, named after him more than 40 years later. The Nerazzurri moved into the iconic stadium in 1947, joining local rivals Milan who’d been there since 1926.

Inter’s title triumph in 2020-21 took them one above Milan with 19 Scudetti. That’s second only to Juventus, while the Nerazzurri have also won the Coppa Italia seven times and the Supercoppa Italiana on five occasions. Becoming the first Italian club to complete the treble under Jose Mourinho in 2010 was Inter’s greatest triumph, although that remains the last time they won the Champions League. Il Biscione have ruled Europe on three occasions, having also won the European Cup in 1964 and 1965, while they also won the UEFA Cup three times, with each success coming in the 1990s. Inter won the Intercontinental Cup twice in the 60s, and the FIFA Club World Cup in 2010.
Inter’s famous black and blue kit goes back to when they were founded in the early 20th century, and it’s one of the most recognised football strips in the world. There have been many different takes on the classic design over the years, with the latest Inter kit release always hotly anticipated. We’re always on top of every new announcement in Serie A, so you can find all the details of the new Inter kit right here. The 2021-22 Inter kit has seen a return to the famous Il Biscione design, with the grass snake an historic symbol of Milan.
The current Inter squad is packed with talent, and a raft of Serie A champions. From captain and goalkeeper Samir Handanovic to talented forwards such as Ivan Perisic and Alexis Sanchez, the Nerazzurri have also taken Turkey international Hakan Calhanoglu from local rivals Milan. Star of the show is arguably striker Lautaro Martinez, who netted 17 goals in Inter’s 2020-21 Scudetto-winning season and formed a lethal partnership with Romelu Lukaku.

Going back over the years, there are so many world-class talents who rank among the best ever Inter players. From the legendary Giuseppe Bergomi to Spanish icon Luis Suarez and record appearance maker Javier Zanetti, Giuseppe Meazza is the Inter all-time top scorer with 284 goals from 408 games. Speaking of goalscorers, Brazilian hero Ronaldo was arguably the world’s finest striker during his Inter days, while former defender Giacinto Facchetti goes down as one of the club’s greatest ever servants.
When it comes to the men in the dugout, Inter have also had some of the planet’s finest coaches at the helm. The formidable Argentine Helenio Herrera delivered three league titles and two European Cup triumphs during his first reign between 1960 and 1968, while the revered Giovanni Trapattoni also enjoyed a successful spell between 1986 and 1991, winning Serie A and the UEFA Cup. Roberto Mancini, meanwhile, brought the good times back to the blue and black half of Milan courtesy of three straight Serie A titles between 2006 and 2008.

Jose Mourinho took over from Mancini and could lay claim to being the best Inter coach ever, following a spectacular two-year spell at San Siro. The Portuguese manager won the Scudetto in his first season, before completing an unprecedented treble the following year, triumphing in Serie A, the Coppa Italia and the Champions League. Antonio Conte delivered the Nerazzurri’s first Scudetto since then in 2020-21, before leaving the club two days after winning the league. Simone Inzaghi follows in his footsteps this season and has very large shoes to fill.
Inter’s rivalry with Milan has proven a bitter schism since the acrimonious split more than a century ago. Every year the two clubs contest the Derby di Milano, which is also known as the Derby della Madonnina after the statue of the Virgin Mary on top of the city’s cathedral, the Duomo di Milano. Players such as Giueseppe Meazza, Ronaldo and Roberto Baggio have plied their trade for both Milan clubs, along with Zlatan Ibrahimovic and Hakan Calhanoglu, who crossed the divide directly in the summer.

As well as their bitter local foes, another of the biggest Inter rivalries is with Juventus. Games between the two Serie A giants are labelled as the Derby d’Italia, on account of the size of the fixture. The Nerazzurri have also counted the likes of Roma, Napoli and Atalanta among their rivals over the years.

How many times have Inter won Serie A?

Inter have won Serie A 19 times, with only Juventus winning the title on more occasions.


How many times have Inter won the Champions League?

Inter have won the Champions League and its predecessor, the European Cup, on three occasions.


Who are Inter’s biggest rivals?

Milan are Inter’s biggest rivals, with the two Milanese clubs sharing the Stadio Giuseppe Meazza and contesting the Derby della Madonnina each year.


Why are Inter called Il Biscione?

The biscione - grass snake - is an historic symbol of Milan, and has been used on a number of Inter kits over the years, including the 2021-22 home and away shirt.