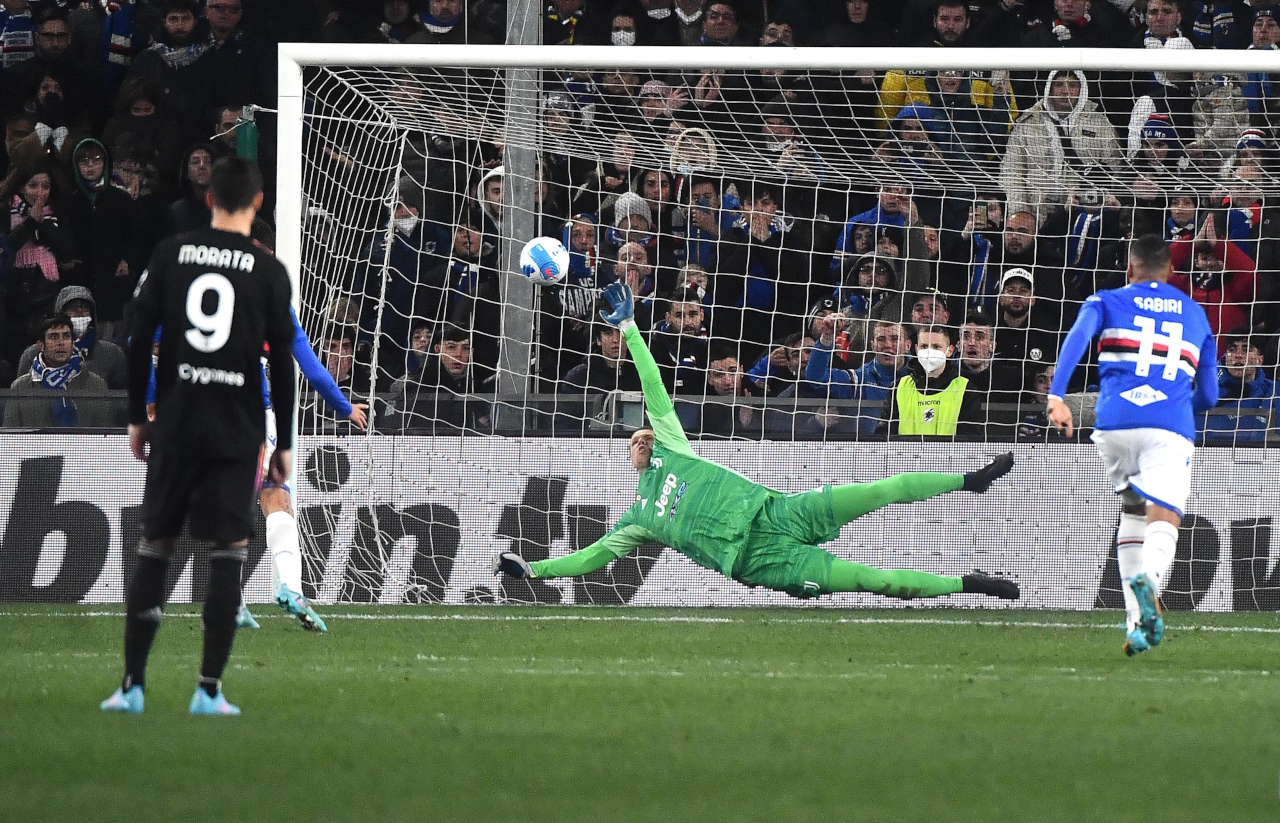 Wojciech Szczesny’s penalty-saving ability comes as no surprise for Juventus, who saw the Poland international save three consecutive attempts from the spot last season.

The 32-year-old has come up big at the World Cup, denying Saudi Arabia’s Salem Al-Dossari from the spot today, helping his national team Poland keep the lead they had taken a few minutes earlier thanks to a goal from Napoli star Piotr Zielinski (VIDEO).

Szczesny has become a regular starter at Juventus after Gigi Buffon’s move to PSG in 2018, keeping 76 clean sheets in 190 matches with the Bianconeri and conceding 175 goals.

The ex-Arsenal man saved 24 of the 85 penalties he had faced in his career before today’s World Cup match against Saudi Arabia.

Last season, he produced three consecutive saves from the spot: against Roma‘s Jordan Veretout and Lorenzo Pellegrini and Sampdoria‘s Antonio Candreva between October and March.

He has only faced one penalty kick this season, but Benfica’s Joao Mario, a former Inter midfielder, managed to put the ball inside the net in a 4-3 win, which knocked Juventus out of the Champions League in the group phase.