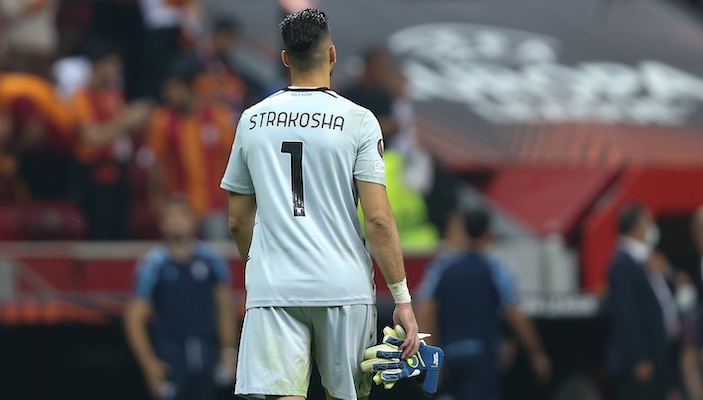 Federico Pastorello, the agent of Brentford goalkeeper Thomas Strakosha, highlighted his client’s unhappiness in West London only a few months after his move from Lazio.

The 27-year-old Albanian shot stopper ended a decade-long association with Lazio in the summer, leaving on a free transfer. He signed a four-year contract with Brentford, keen to show off his skills in the Premier League, but he’s only made one appearance so far for the club, playing in their Carabao Cup clash with Colchester United.

Speaking to TMW, Pastorello discussed his client Strakosha’s unhappiness at Brentford and what the future could hold.

“Maybe they were thinking of selling their goalkeeper, I don’t know. But clearly it’s a situation that we’ve only been in for a short time and it’s a bit awkward today because for a goalkeeper who has over 200 games in Serie A with Lazio to find himself not playing at Brentford is not easy, bearing in mind that we’re talking about an important Premier League club.

“It’s an anomaly. He’s asked me to find a solution, let’s see, he’s one of those players who could be part of the goalkeeping market that will arise from Neuer’s injury.

“We have our ears to the ground to listen to the opportunities that will come, I wouldn’t be surprised if something turns up in January also because Brentford themselves have understood the boy’s embarrassment in this situation.”

Strakosha was once a reliable and consistent goalkeeper in the Italian capital with Lazio, making 208 appearances across all competitions for the club, but he started to suffer once Pepe Reina joined the club.

One Comment on “Strakosha’s agent: ‘Awkward situation at Brentford, he wants a change’”