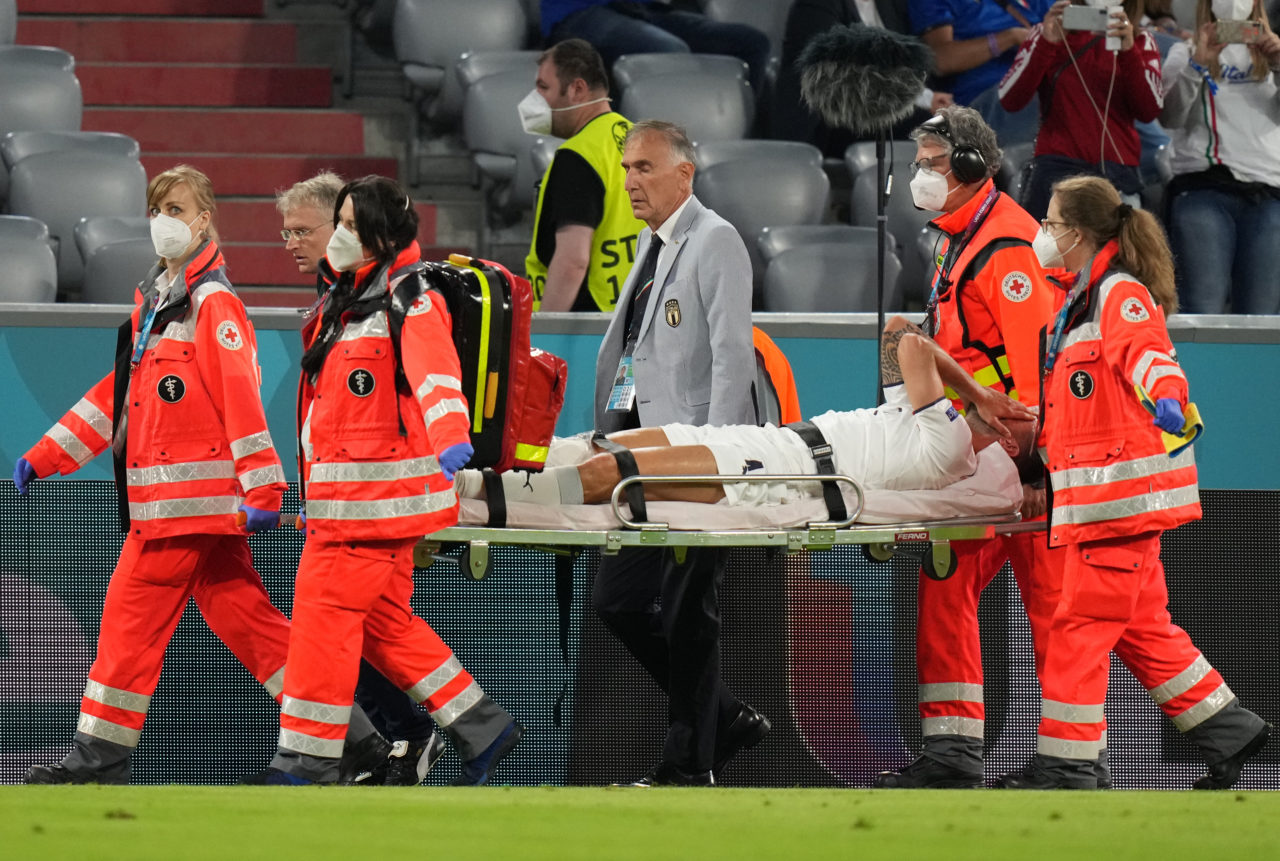 Roma full-back Leonardo Spinazzola was stretchered off during Italy’s 2-1 win over Belgium and has reportedly ruptured his Achilles tendon and could face months out.

Sky Sport Italia reports the influential full-back, who has starred for Italy during the European Championship this summer, suffered a serious Achilles injury in the 78th minute of the match at the Allianz Arena.

Spinazzola had just kept Romelu Lukaku out at the back, but pulled up while running minutes later, immediately pointing to the bench that he needed to be substituted, as it was clear straight away this was a serious injury.

The Giallorossi defender was in tears when he was stretchered off and the broadcaster reports he has suffered a broken Achilles, which could rule the full-back out for many months.

Spinazzola was replaced by Emerson Palmieri, who will most likely continue at left when Italy play Spain in the semi-finals of the competition.

The broadcaster claims Spinazzola could be out for four months with an Achilles injury, but it also depends on how bad the rupture is.

Leonardo Spinazzola broke his Achilles tendon, @SkySport just reported. He’ll be out for many months. One of the best players of the Euros so far. 🇮🇹 #Spinazzola pic.twitter.com/kWQ6VPfetm