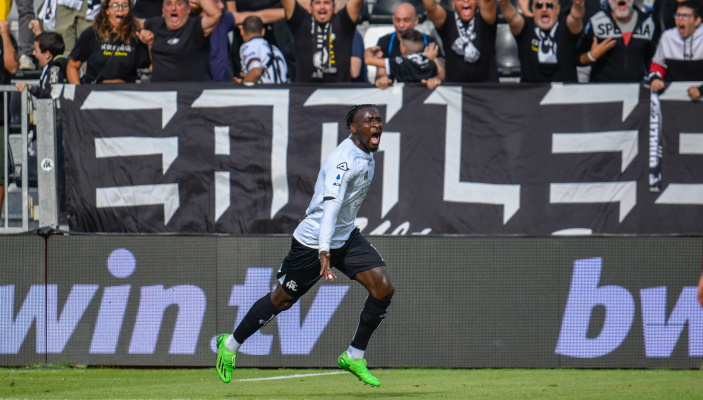 Just a point separates these two in the league, so any Spezia vs. Fiorentina predictions will be looking at a potentially tight game between clubs that are desperate to move away from the bottom of the table.

Spezia continued their woeful away form last weekend, going down 1-0 at Salernitana. It was Luca Gotti’s side’s sixth defeat on the road – all without even scoring a goal. M’Bala Nzola was probably closest at an emotional Stadio Arechi because of Franck Ribéry’s retirement – and that might suggest that he will have better luck at home on Sunday.

Spezia’s away form has to be concerning for Gotti but he will look to the unbeaten record at home as an indicator of how this game might go – and how he can change things as the season progresses. Another draw might be on the cards, with Spezia obviously a different proposition at the Stadio Alberto Picco.

Fiorentina are probably the most difficult opponent Spezia have faced at home so far though – and that could be a worry as this is a team that has not performed well against the better sides in Serie A this season.

Fiorentina can just about be included in that group. But at the moment it would be for the team’s potential, rather than results. The 4-3 home defeat to Inter on Saturday was met with outrage from the club and the fans but the result is worryingly familiar for the Viola this season.

Vincenzo Italiano’s side have only won two games and none of the last four in the league. The European campaign has improved a little but the head coach will want to see that replicated in Serie A now.

A lack of goals has been just one problem for the visitors on Sunday and a misfiring attacking unit will need to up its game against a team that may be limited but has been able to grind out results in front of their own fans.

How to stream Spezia vs. Fiorentina

Spezia vs. Fiorentina can be live streamed on the bet365 website. Customer account holders just need to have an account or have placed a bet in the 24 hours before kick off.

There may be little reason to change the starting eleven for Luca Gotti this weekend. Spezia looked good enough against Salernitana but just couldn’t put away their chances. David Strelec may come off the bench if more firepower is needed.

Vincenzo Italiano may also feel that his side showed enough against Inter to be given another chance here. One enforced absence will be Nicolás González, who went off injured in that game. He should be replaced by Jonathan Ikoné, while Luka Jović may remain on the bench even though he scored against the Nerazzurri.