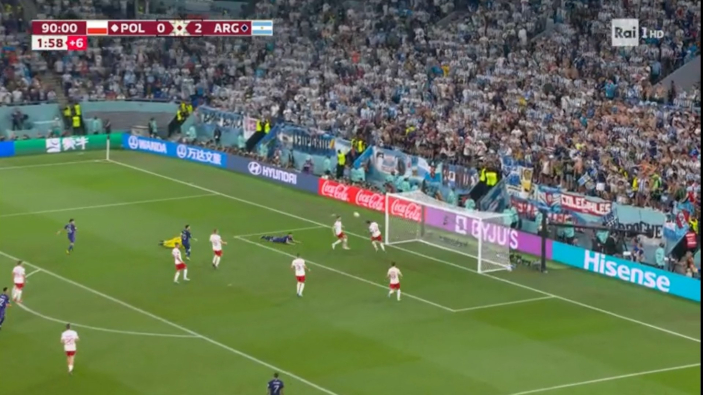 Spezia defender Jakub Kiwior proved decisive with a desperate goal-line clearance against Argentina to keep Poland in the World Cup and eliminate Mexico.

Group C had positioned itself in the most completely balanced fashion with Poland losing 2-0 and Mexico leading Saudi Arabia 2-0.

That had both teams completely level on points, goal difference and goals scored, putting Poland through to the Round of 16 on Fair Play Points, thanks to having fewer yellow cards than Mexico.

It wouldn’t have been the first time, as Senegal were eliminated on yellow cards in favour of Japan in the 2018 World Cup.

Deep into stoppages, Nicolas Tagliafico’s lob had beaten Wojciech Szczesny and was cleared off the line by Spezia defender Kiwior to maintain that 2-0 result.

The Poland game ended five minutes earlier, so their players had to sit around waiting for the final result to come through from the other fixture.

They got the news they wanted, because Saudi Arabia scored a shock goal against the run of play in injury time and that tipped it even more in Poland’s favour.

It means Poland will play France in the Round of 16, while Argentina as group winners will take on Australia.