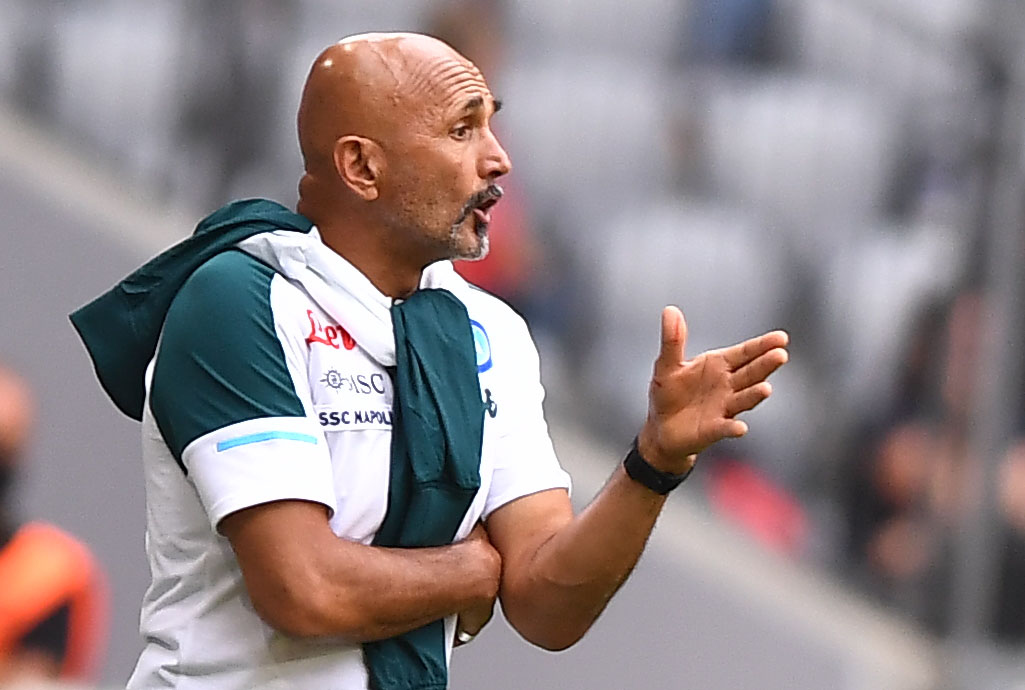 Not a new Marvel movie franchise. Instead, it’s the multi-episode saga of Luciano Spalletti and the men who wear the captain armband.

After a two-year absence from the frenetic world of Calcio, the 62-year-old returned to Napoli at the end of May. Spalletti was not given much time to settle in as reporters bombarded him with questions about club captain and Neapolitan icon Lorenzo Insigne.

The phenomenally talented winger enters the final year of contract at the peak of his career.

Registering his highest ever league goals tally with 19 in 35 games in Serie A last term he went on to play a pivotal part in Italy’s Euro 2020 victory.

A trademark incisive cut infield and right foot curling stunner in the quarter-final win over Belgium displayed his indisputable talent in one flawless moment. He returns to training this week as a European champion, yet his future at Napoli is undecided.

Spalletti has made repeated public pleas for the 30-year-old to sign a new contract while also confirming he would remain as captain at the Stadio Diego Armando Maradona.

Insigne wants an increase in wages, something showy club president Aurelio De Laurentiis is unlikely to ratify when the pair finally sit down for fresh negotiations.

As cash-laden English Premier League clubs hover with intent, Insigne has a career-defining decision to make. Playing under the guidance of Spalletti will no doubt be a major factor in his final choice. Never one for understatement, Spalletti has already declared he would chain himself somewhere to keep defender Kalidou Koulibaly at Napoli. Maybe he will camp outside Insigne’s house bearing placards to convince the influential winger to stay on at his home town club.

It could have the opposite effect if Spalletti’s tumultuous relationships with his captains at Inter and Roma are considered.

The soap opera narrative of Mauro Icardi’s time at the Nerazzurri contained a myriad of plot twists.

Meandering on like an elongated stage play with numerous acts, Spalletti and Icardi were joined by the former Sampdoria striker’s wife and agent Wanda Nara as a third, unwanted protagonist. As new contract talks stalled and then became a distant memory, Icardi was stripped of the armband. In addition, Nara made frequent inflammatory outbursts on television for all and sundry to hear, which inevitably caused dressing room divisions.

The coach was left with no alternative but to take away the captaincy from the Argentine forward in February 2019. In April, the same year countered Nara with a batch of withering put-downs made pointedly in the public domain. He claimed Icardi had humiliated Inter after having negotiated with him to play, even suggesting that a call to the forward’s lawyers might help persuade him to do the job he was paid for. The possibility of hiring Antonio Conte ultimately cost Spalletti his job at Inter after just two seasons at the helm, but the Icardi fiasco hardly helped matters.

The mere mention of Spalletti’s name could put legendary Roma captain Francesco Totti off his morning cappuccino. The pair didn’t even exchange glances, never mind see eye to eye after a dramatic falling out of catastrophic proportions.

In his autobiography ‘Il Capitano’ the iconic Giallorossi striker outlined the extent of the discord. Banished from Roma’s Trigoria training ground in the final season of a long and illustrious career, Totti wrote in detail about dressing room screaming matches and a physical altercation in which the pair had to be separated.

Marginalised and only used sparingly as an impact substitute, Totti also claimed he effectively gave up in the 2016-2017 season and that Spalletti purposefully ostracized him from the rest of the squad as he drew the curtain on a spectacular career.

It took a few years for the coach to admit he could have handled the situation better publicly. His decisions were divisive, creating a barrier between the coach, players, and club—the frequent quarrels with Totti an unsightly blemish that tarnished everyone involved at the Stadio Olimpico.

Put into the invidious position of leaving out the deified figure of Totti as clamour from Roma and even opposition Tifosi demanded his inclusion, the veteran coach played the role of the villain as the darling of the Italian capital finally hung up his boots after a glorious 25 years of service.

Now at Napoli, Spalletti will be keen to circumvent the constant questions about Insigne’s immediate future. Adored as a symbol of the club and the city as a whole, losing his captain would be an inconceivable development with the start of the new season just weeks away.