Spalletti: ‘Napoli focused on our own performance; Insigne is fine’ 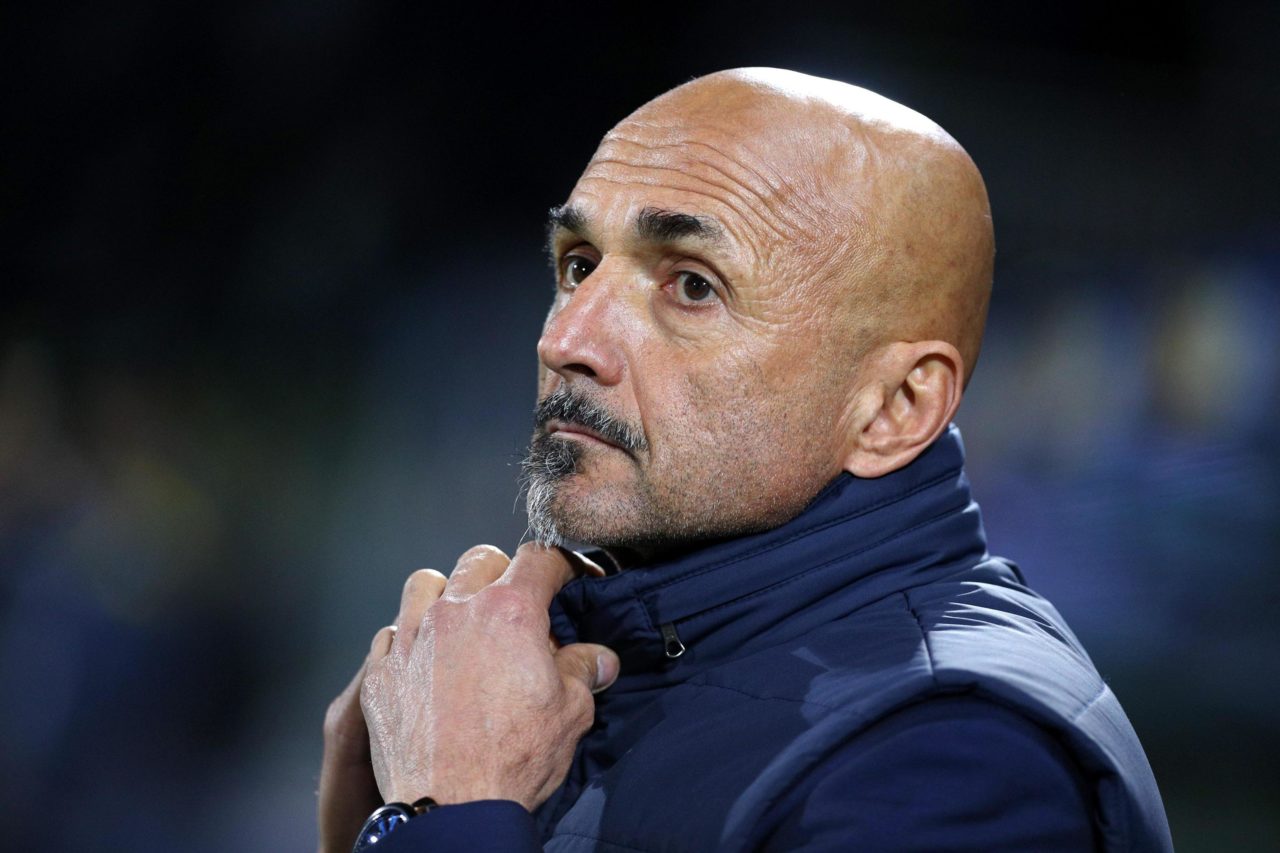 Luciano Spalletti confirmed Lorenzo Insigne is available for the match against Bologna and stressed Napoli are ‘focused on our own performance’ after Milan surpassed them in the table on Tuesday.

The Partenopei coach started the press conference ahead of the match against Bologna on Thursday by confirming Lorenzo Insigne’s availability.

There was doubts after the Italy international suffered a small problem against Roma, but Spalletti stressed ‘everything is fine’.

“Lorenzo is fine,” he said. “He hasn’t given symptoms of any kind since we met. This week he showed his trademark, his plays, so everything is fine.”

Milan secured a 1-0 win over Torino on Tuesday and Napoli are now three points behind their rivals in the table.

Spalletti said Napoli aim for their ninth win in Serie A, but highlighted the quality of Sinisa Mihajlovic’s men.

“You have to try to win the game, because you want to make sense of our championship and to do that you have to perform and win games.

“It won’t be easy because we face a tough team, because the coach is like that and it’s about a team that Walter Sabatini has put his mark on. When it’s like that, it becomes a team that makes sense.

“Just look at the last game played outnumbered. Another squad would have stopped fighting. Instead, they hit back and then lost due to a wonder goal, a stroke of genius from an opponent.

“They would have deserved a different result. We must put all out qualities into the match to get something out of this game.”

Victor Osimhen has excelled under the new coach and has scored nine times in 11 competitive games, including five in Serie A.

Spalletti was asked about how the Nigerian can improve even further, but the tactician pointed at the tight schedule.

“When there are such tight deadlines, you risk being too heavy if you go into depth,” Spalletti said. “It’s clear that when there are weeks available, you also remain individually with different players, to work on what they do least.

“When the time is limited, it must be used at a group level, as a team. Then, even within the group, there are situations that can improve individual players because we watch videos, we work on possession and non-possession phases, on how our construction should be.”

Spalletti’s men are playing after Milan once again and the Partenopei coach was asked if he believes it’s an advantage or a disadvantage to always follow the Rossoneri.

“If we are doing well or badly is not down to the results of the opponents, but our performances,” Spalletti replied. “We must try to play our football, to express it at its best, searching to build from the bottom or break down our opponents if they won’t let us.

“If others have won or lost doesn’t matter, we have to continue ourselves and be focused on our own performance.”

Spalletti was met by Roma fans chanting Francesco Totti’s name and the coach was eventually suspended for one game due to his reaction towards referee Davide Massa after the match.

He said he didn’t understand why he was sent off and continued to claim he had no intentions of being sarcastic towards the match official.

“As far as the relationship with the referee is concerned, it seems to me that I have it with many,” he said. “I can talk to everyone, even with the fourth official, as happened with Irrati in the last match.

“At the start of the season, I said complaining is for losers. And that’s the same with the decisions of the referees with may seem unfavourable to us.

“We must transform any unfavourable event into a satisfaction. I was neither ironic nor disrespectful, I was the real one who tried to say what he felt.

“If my way of talking to him has made it appear so for him, I have to change something and be more attentive to my ways of saying things.

“We must have this mentality if we want to grow. I didn’t want it to end up there. What happened was unfortunate. We have to keep quiet and work better.

“In this case, I have to be clearer when I want to say something to the referee. I called him to applaud him, I had him in front of me, so I wanted to do it.

“But he interpreted it like this, and you have to accept the referee’s decisions.”

Due to the tight fixture list, Spalletti was asked if he’s forced to make any changes ahead of the match against the Rossoblu.

“There are three games per week, playing Sunday and Thursday, you can use the same ones, then from Thursday to Sunday the reasoning is different,” he continued.

“We must realise that substitutions are essential to win games. If you are the big teams, you can see that many have replaced players in the attacking department because that’s where there are more solutions, both to defend and to attack.”

Spalletti has claimed he wants to push Bologna on Thursday and make it difficult for Mihajlovic’s men to build from the back.

“If you gather them, it becomes easier to press and it’s more difficult for them to re-build,” he said. “In the last few games, they have more substance, the wingers adapt to become a second striker.

“We will have to play a great match.”

The coach claimed Piotr Zielinski will be helped by the many games, as he is still ‘not in great conditions’, but expects the Poland international to deliver his best performances in the future.

“He still hasn’t provided the best of himself,” he said. “I’m waiting for him with open arms. He has qualities, he can finish from the outside, he cuts inside and breaks you in two.

“He’s not in great condition yet, but I can see him grow. These tight games will certainly help him. He has to get his engine up to speed, because we need it.”

Napoli are not participating in the Copa Maradona, which includes Boca Juniors and Barcelona, but Spalletti revealed the President is planning something else.

“I know that the President is organising something, there are evolving opinions,” he said. “The Copa Maradona would suffocate us even more, I think it’s right not to participate in this competition.

“But it’s right to participate in any event that will be done in function of Diego.”

Spalletti was asked if the referees are not protecting Osimhen enough, as few fouls have been awarded for the Nigerian.

“There whistle is used enough in our league,” the coach said. If I’m not mistaken, in the last game played at home, there was the lowest actual playing time in the league precisely because of the many fouls.

“Torino made more than us. All the clubs have players they would like to protect, but then if you go to man-mark, to have a little more strength on the pitch, to constantly ask for this desire for individual duels, the fouls come out.

“Osimhen has already adapted very well and must know that he will receive much more. It’s part of his role. After the messages sent, he has received everything and now has an exemplary behavious, that OK for us.”

Belgian forward Dries Mertens is pushing for a place in the line-up and Spalletti revealed he is always ready to help out.

“Dries wants to play, every time I call him, he’s already where I want him to be.”

Faouzi Ghoulam returned from a ACL rupture in September and has yet to play under Spalletti but the coach said the Algerian ‘needs more time’.

“Ghoulam is improving day by day and needs a little more time,” Spalletti said. “We are very confident because he knows football, he knows our team, he knows the way to do things right.”