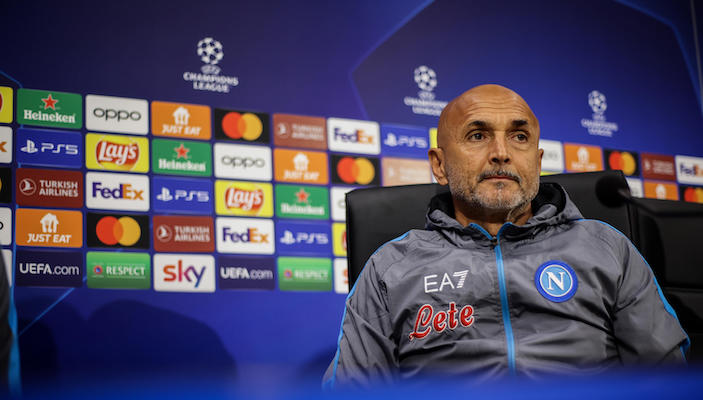 Luciano Spalletti explains the tactical experiments Napoli performed against Antalyaspor. ‘When players have humility and sacrifice themselves, we can do anything.’

The Partenopei are in Turkey for a training camp during the break in Serie A for the 2022 World Cup and opened their series of tests with a 3-2 victory over Antalyaspor.

Giacomo Raspadori bagged a brace around the Matteo Politano strike and they will also face Crystal Palace and Villarreal.

They made some tactical experiments, using Raspadori in a few different roles, while changing from the 4-2-3-1 to a 3-4-2-1 formation in the second half.

“When players like Raspadori have humility and the desire to sacrifice themselves for the team, we can do anything,” said Spalletti in a press conference.

“He has the ability to play as a midfielder and gave a positive response there. Some things the squad knows well, others we are eager to discover.”

Right-back Giovanni Di Lorenzo was also tested out as a central defender, as Juan Jesus was left out due to a slight muscular issue.

Kvicha Kvaratskhelia made his return after several weeks out with a back injury and played 45 minutes.

“We are doing everything that’s needed to be ready physically for the season to resume in January. We’re in a good atmosphere, Turkey has enthusiasm for football, it makes your heart swell. It was difficult at times tonight, we weren’t consistent or always working together as a team, but there were positives too, the way we moved the ball around with speed and attacked the space. Those are elements we have in our DNA.”