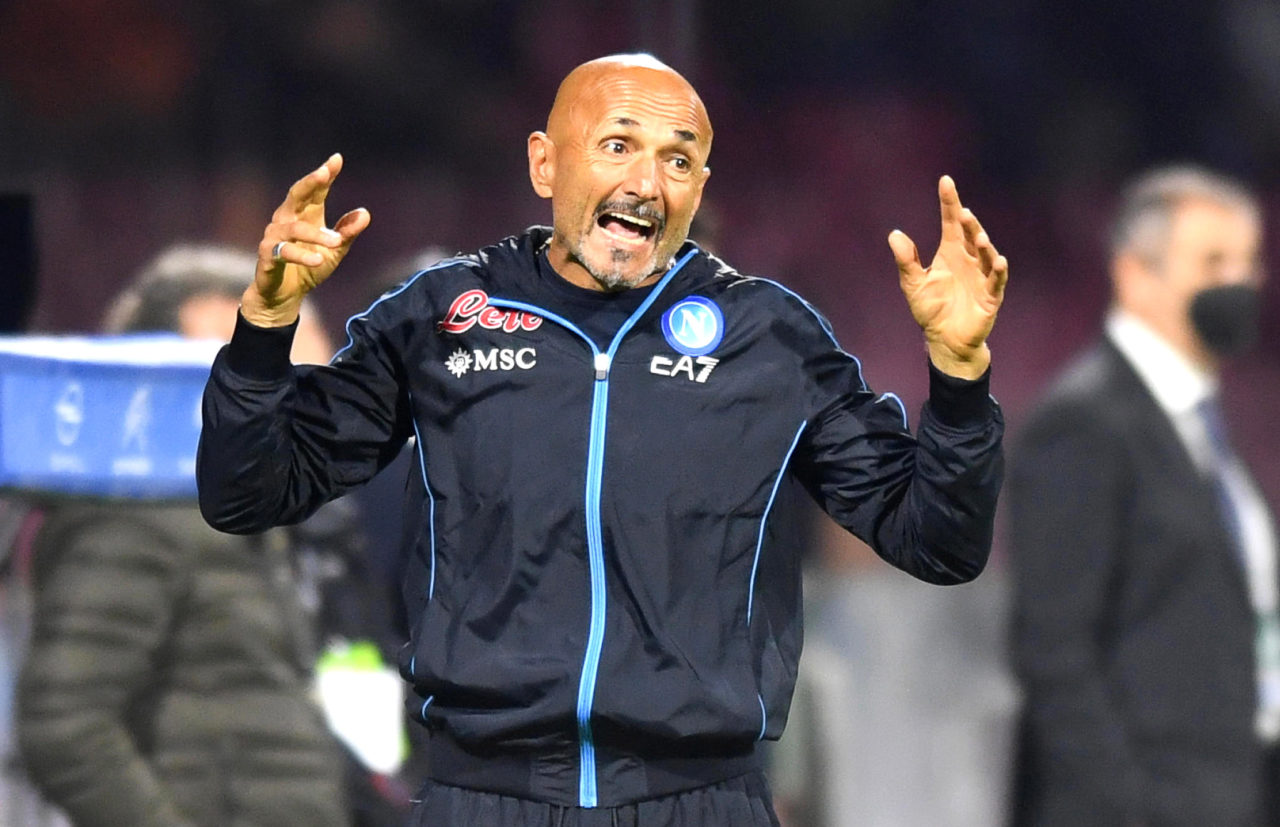 Luciano Spalletti assures Napoli won’t use absentees as an excuse, because ‘Atalanta won a real game against a real team,’ while he explains the change of system to 3-4-3.

Spalletti was sitting out a touchline ban in the stands of the Stadio Diego Armando Maradona following his red card for dissent in the 2-2 draw with Sassuolo.

The Partenopei were behind, clawed their way back to lead 2-1, but conceded two goals in five minutes to lose 3-2.

They also went from first place to third in one day, as Milan and Inter both leapfrogged them, with Atalanta now just two points behind them too.

It was pointed out to Spalletti that this performance was remarkable considering they were missing the likes of Victor Osimhen, Lorenzo Insigne, Kalidou Koulibaly, Fabian Ruiz and Kostas Manolas.

“I realise you are trying to help us out here by talking about the absentees,” Spalletti told Sky Sport Italia.

“However, Atalanta won a real game against a real team. We played a high level of football, we fielded a credible team that did things very well, but at moments made unlucky choices.

“This is a credible team that will allow us to stay in the group of the top teams, until we get everyone back and then we’ll be able to rotate more, but this team as it stands is still enough to stay where we are.

“It would be reductive to say Atalanta beat a Napoli side that was decimated, because they won a real game against a real team.”

There was another injury concern during the second half, as Stanislav Lobotka went off with a muscular issue.

“Without that extra difficulty, we could perhaps have continued playing that well. Lobo controlled the midfield well and kept ruining the Atalanta press, so losing him was another thing to recover from. Having said that, Diego Demme would’ve started if he hadn’t been coming off a period out with COVID.”

Napoli have now conceded eight goals in their last four Serie A games, losing 3-2 to Inter and Atalanta.

“I am not worried, because in this job you look at the statistics, but also the attitude of the side and I found many positive things in tonight’s approach. The team fully deserved to score an equaliser in the final 10 minutes, so I congratulated my players for their performance.

“What we are doing is right and I am convinced we will go far like this. We entertained the fans, who applauded us at the final whistle.”

Spalletti made a real surprise this evening with his switch to a 3-4-3 formation, so was it just to counter Atalanta’s system or is it something Napoli will do in future as well?

“It was in one way to neutralise Atalanta’s system, as Gasperini’s teams empty things out in midfield and alternate who goes down the wings. We were very balanced and were only beaten by their quality and physicality. They are also really smart, as they had so many fouls inside our half to prevent counter-attacks and they won’t get booked for those, because they are in our half. It’s clever and we need to learn from that!

“It is also something we can try going forward.”

Things you never want to see as an opposition player 😅👅 pic.twitter.com/JDWkj4cgM1