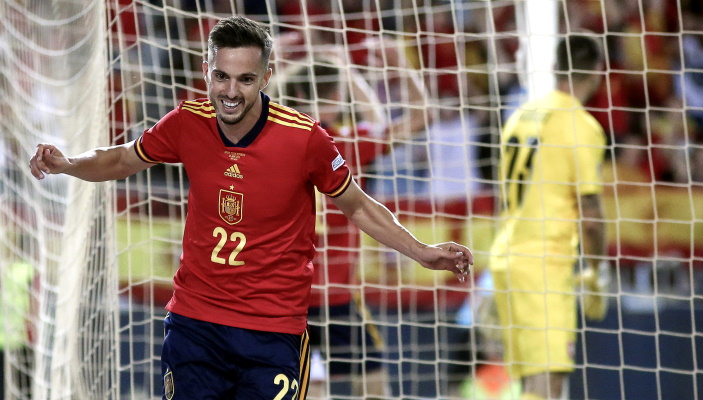 The final few Nations League games get underway this week and most Spain vs. Switzerland predictions will have the home side coming out on top. A win here would put Spain in pole position in Group A2.

Spain have looked very impressive this calendar year, not losing a single game and leading the Nations League group going into the final two match days. Another win here would put them in a great position ahead of the Iberian derby against Portugal on Tuesday.

After kicking off the campaign with two important draws, Luis Enrique’s side has managed to beat both Switzerland and the Czech Republic and cement their position as one of the best teams in Europe going into the World Cup later this year.

Although goals have not been too plentiful in this campaign, a need for three points here should see over 2.5 goals scored by both teams in this match. Switzerland also desperately need something from this one to escape relegation to League B.

The Swiss have struggled since qualifying for Qatar 2022 at the end of last year. They have only won one game in 2022 – although that was in the last Nations League window when they managed to overcome Portugal in Geneva.

Switzerland haven’t managed to beat Spain since a World Cup group stage game in 2010 and the odds are against that record being broken in Zaragoza on Saturday. Goals have been hard to come by and head coach Murat Yakin will hope that his experienced strikers can change that against Spain.

How to stream Spain vs. Switzerland

Customer account holders can stream the Spain vs. Switzerland game on Saturday via the bet365 website. They just need to have funds in their account to access the live action – or have placed a bet in the 24 hours before kick off.

Luis Enrique has called up Nico Williams – younger brother of Iñaki, who recently elected to play for Ghana – but is unlikely to start the Athletic attacker. He may go for Pablo Sarabia instead, after his goals in both the previous two games.

Defender Ricardo Rodriguez is a doubt after falling ill but could still start in Zaragoza on Saturday. If he fails to get better, Fabian Schär or Eray Cömert could deputise. Murat Yakin is likely to go with Embolo, Shaqiri and Seferovic up front, with Noah Okafor left out of the squad.