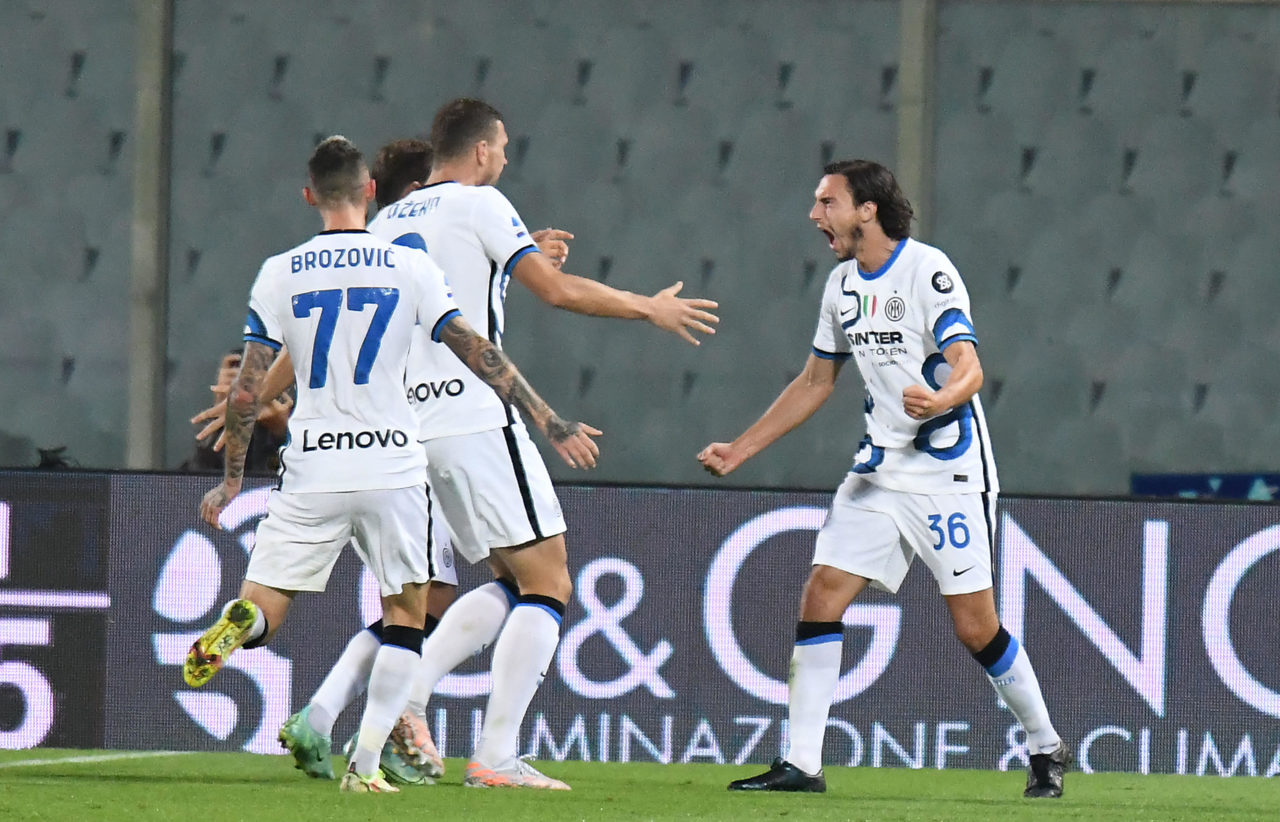 Inter have proved to be not just spectacular but also extremely solid, so Richard Hall argues the Nerazzurri only need consistency to stay near the top of the Serie A table.

For anyone wondering if Inter lacked firepower, the answer was clear. Nine goals in two games this week saw them tear Tuscany apart but it was not that easy. Fiorentina gave them more than a game but their ruthless finishing and steadfast rigidity saw them victorious. It has always been a question as to whether Simone Inzaghi could table a Scudetto challenge this season.

However, the early signs are promising. What is more, the Nerazzurri seem to have different options and a very well balanced team. There are more considerable hurdles to jump, but right now, they are winning the race. The black and blue have been left saying ‘Romelu Who?’ as they have scored 18 goals in five games. Seven more than the Roman clubs who have both netted 11 times.

Inzaghi is undoubtedly getting his message across, but Inter have conceded goals. Only five, but they still need to iron this out. The one bonus of these lapses in concentration (especially against Fiorentina) is that it has tested their mental strength and they have not been found wanting. Perhaps the main benefit of bringing in Inzaghi as coach was that the Nerazzurri did not need to change that much. His style of play is very similar to Antonio Conte’s and that also means that the players have to train hard to meet high physical demands.

Inter ahead of Napoli and Chelsea for different goal scorers

The former Lazio coach may instil the consistent aggression of a Conte team, but they still play with pace and arguably are a little more refined. The backline has not changed and this sense of stability has brought home early results. Add to this the fact that Edin Dzeko is immediately thriving and Denzel Dumfries has slotted in well at right wing-back. It almost feels as if Inter, despite selling two major assets in Romelu Lukaku and Achraf Hakimi, have gone up a level.

Bologna were simply steamrollered at the weekends game, the 6-1 scoreline was only blighted by the goal they conceded. The key element to this game was that Inter had five different scorers (Edin Dzeko scored a brace). It was evident that the team were taking responsibility for Lukaku’s absence and on top of this, the forwards brought in were also doing their part. Whilst the Rossoblu did not put up too much of a fight, the Nerazzurri did not stop and the result showed that they were clinical in many areas of the pitch.

Fiorentina are a spectacular team under Vincenzo Italiano, well-drilled, efficient, and have a fantastic ability to press. They caught Inter off guard and after 23 minutes. Riccardo Sottil had already punished them. Inter were on the ropes and if it had not have been for Samir Handanovic it could have been much worse. Inter then showed a resilient side and not for the first time this season.

Inter lay down the title gauntlet with Fiorentina

They finished the first half well and went on to win the game 3-1. It was a superb display of rugged determination and ‘Grinta’ and sent a message to the league that they would not be pushed over lightly. There was no ‘Pazza’ here, this was a team that were making a statement, they know they are not the finished article but this version shows promise.

Perhaps another interesting element to Inzaghi’s version of Inter is the fact that they have different ways to worry opponents other than just on the counter-attack. They are not afraid to go long and look for Edin Dzeko and they are also somewhat of danger from set-pieces, especially corners. The threat that Hakan Calhanoglu provides is there for all to see as his pinpoint crossing from corners continues to result in goals. Inter legend, Giuseppe Bergomi said that “Inter gave a good demonstration of strength, of knowing how to suffer, of having patience and knowing how to read the dynamics. The thing that catches the eye is that they are a team with immense physicality.”

Inter face a tough task next in Atalanta and will once again be tested. However, the squad depth, the clinical finishing and the simple fact that they will just not sit down and die is something that will see them in good stead in the future. Ruthless, rigid and fun to watch, the Nerazzurri are on the right path, but they need to show this ‘Grinta’ against the top players.