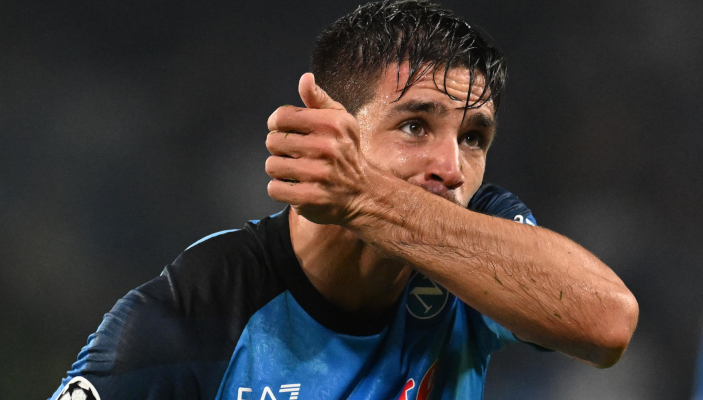 Napoli striker Giovanni Simeone says the Partenopei must focus on themselves to win the title this season: ‘If we do so, nobody will stop us.’

Napoli are training in Turkey and will face Antalyaspor at 17.45 GMT today.

“We had a two weeks break, but the focus has always been on Napoli,” Simeone told Sky Sport Italia.

“I am glad to reunite with my teammates after some amazing months, now we have to start again with friendlies that are important to continue on our path.”

The Partenopei are the only unbeaten team in Serie A and are enjoying an eight-point lead over second-placed Milan at the top of the table.

“There are many clubs involved [in the title race] and the season is long, the Gironde d’Andata is not even over yet,” said the striker.

“We must focus on ourselves, if we do it, nobody will stop us. We’ll try to do what we have been doing until now, trying to show our grit in every game.

“We are all charged, and Spalletti always tries to give us something more. He is motivated, and I am glad about it. It’s nice to have a coach who pushes his players to give their all, it means that he believes in us.”