Shevchenko: ‘Genoa ran out of energy’ 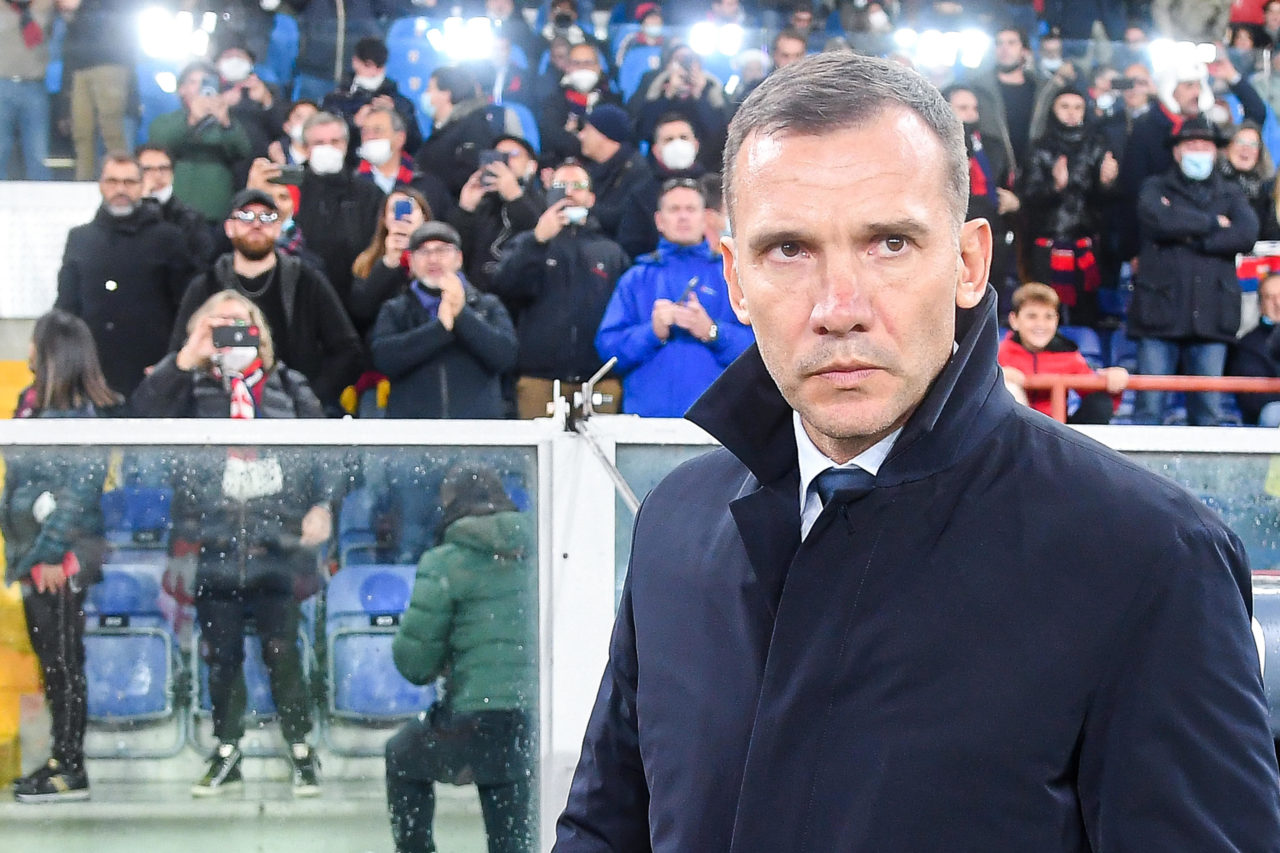 Andriy Shevchenko feels that Genoa ‘gave everything, but ran out of energy in the final 10 minutes’ of his debut 2-0 defeat to Roma.

This was the former Ukraine national team manager’s debut at club level and in Serie A as a coach, replacing sacked Davide Ballardini.

They had held out for much of the game, but were undone by a surprise late brace from 18-year-old Felix Afena-Gyan.

“I knew it would be a very difficult match, we were missing a lot of players, others were not fully fit, and I think the lads gave everything, but ran out of energy in the final 10 minutes,” Shevchenko told DAZN.

“I saw focus and organisation, but the substitutions made the difference today. Unfortunately, the news from the treatment room is not good for getting anyone back next week, but we will at least have a week to prepare in training with those who are here.”

Genoa defended with solidity at least until the 82nd minute breakthrough, already an advance on previous performances this season under Ballardini.

“The attitude was fantastic, I saw solidity and unity, keeping the spaces tight and fighting for every ball. What we lacked was how to control the game and we need to give something more, especially when pushing further forward, as we could’ve created more scoring opportunities.

“It is the start, we need to improve a lot and we knew that. I think with the players at our disposal and their characteristics, the three-man defence is the best option, but we’ll see in future.

“I also want to thank the fans, as they gave us so much support and pushed us on tonight.”

There had been reports over the years of tension and clashes between Shevchenko and Jose Mourinho during his time playing at Chelsea. Did the Roma boss tell him anything tonight?

“We spoke before and after the game. We have a very good rapport.”

What a time to score your first goal for Roma! 🤩

18-year-old Felix Afena-Gyan comes off the bench and nicks a vital late goal for Mourinho’s side in Genoa 👏 pic.twitter.com/D2qUWgcbVj