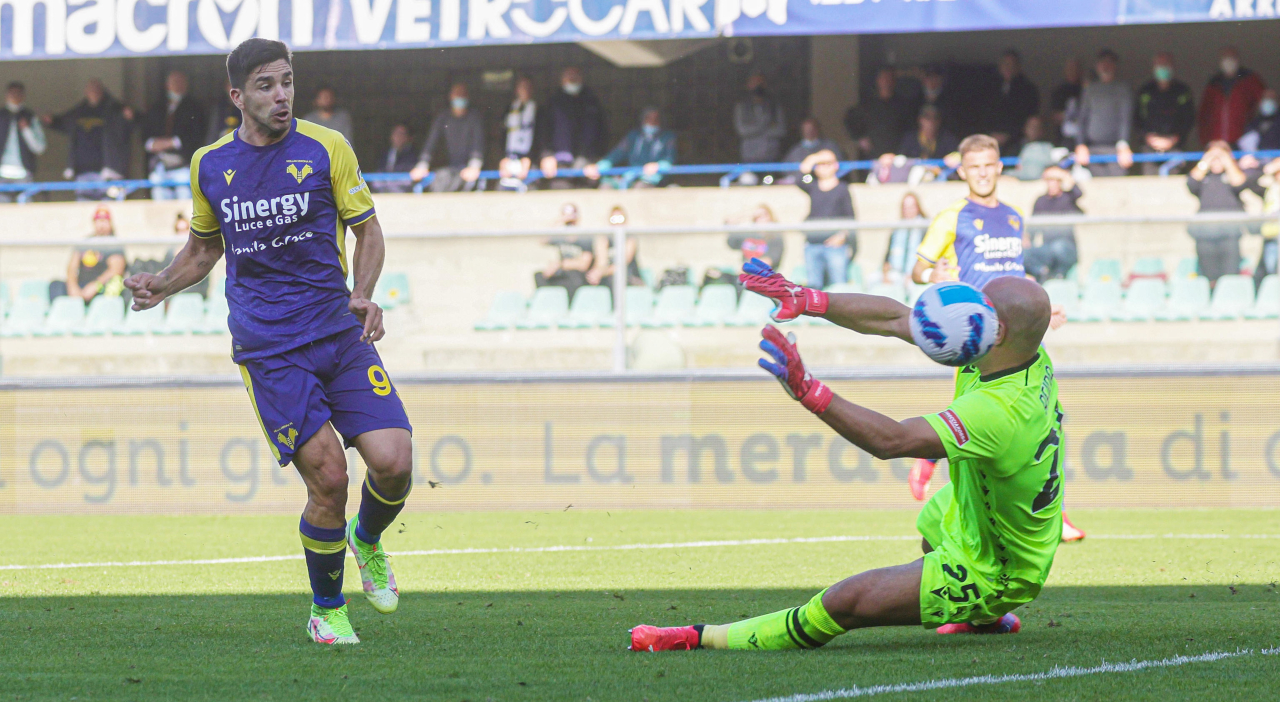 Maurizio Sarri was forced to reshuffle with Francesco Acerbi and Luiz Felipe suspended, plus Mattia Zaccagni injured, so Patric and Stefan Radu stepped in. Luis Alberto was dropped for the third game running, this time in favour of Jean-Daniel Akpa-Akpro. Verona were still smarting after fumbling a 2-0 lead to lose 3-2 at Milan, with Gianluca Frabotta on the treatment table.

Gianluca Caprari prodded inches wide of the near post on a Giovanni Simeone pull-back, Ivan Ilic then really should’ve done better with a similar move he blazed over from 12 yards.

Antonin Barak was in the same situation, his cushioned volley off target, then moments later he did get the finish right, only to be denied by a Pepe Reina one-handed low save.

The Verona goal had definitely been coming and it arrived on the half-hour with a sensational Caprari slide-rule pass, weighted perfectly to send Cholito Simeone clear to finish first-time.

Simeone doubled their lead with a ferocious right-foot scorcher into the far top corner from the edge of the box that Reina could only watch go by.

Ciro Immobile drilled wide in the first genuine Lazio foray forward at the 40th minute, and he scored to get one back within 45 seconds of the restart. Sergej Milinkovic-Savic put a ball over the top for the Italy international to sprint forward and beat the goalkeeper.

Verona fumbled a 2-0 lead to lose 3-2 to Milan last week and threatened to do it again, Felipe Anderson rolling across the face of goal, but too far in front of Immobile.

However, Hellas almost restored the two-goal cushion when Koray Gunter knocked back a free kick from the by-line, it took a double ricochet off Milinkovic-Savic and Patric to bobble wide.

Verona did get the third and Simeone completed his hat-trick on another splendid Caprari slide-rule assist, taking a touch before rolling it under Reina from a tight angle.

Lazio continued to push after a dismal first half, threatening from set plays, as on successive corners Milinkovic-Savic saw his header thump the crossbar, then Patric’s was beaten away by Lorenzo Montipò.

The goalkeeper was also tested by a Luis Alberto long-range strike, while Reina flew to palm away the Darko Lazovic screamer.

Manuel Lazzari also had a chance from a tricky angle in stoppages, but it was Verona who rounded out the rout with Simeone scoring his fourth of the game, a header from Marco Davide Faraoni’s floated cross.