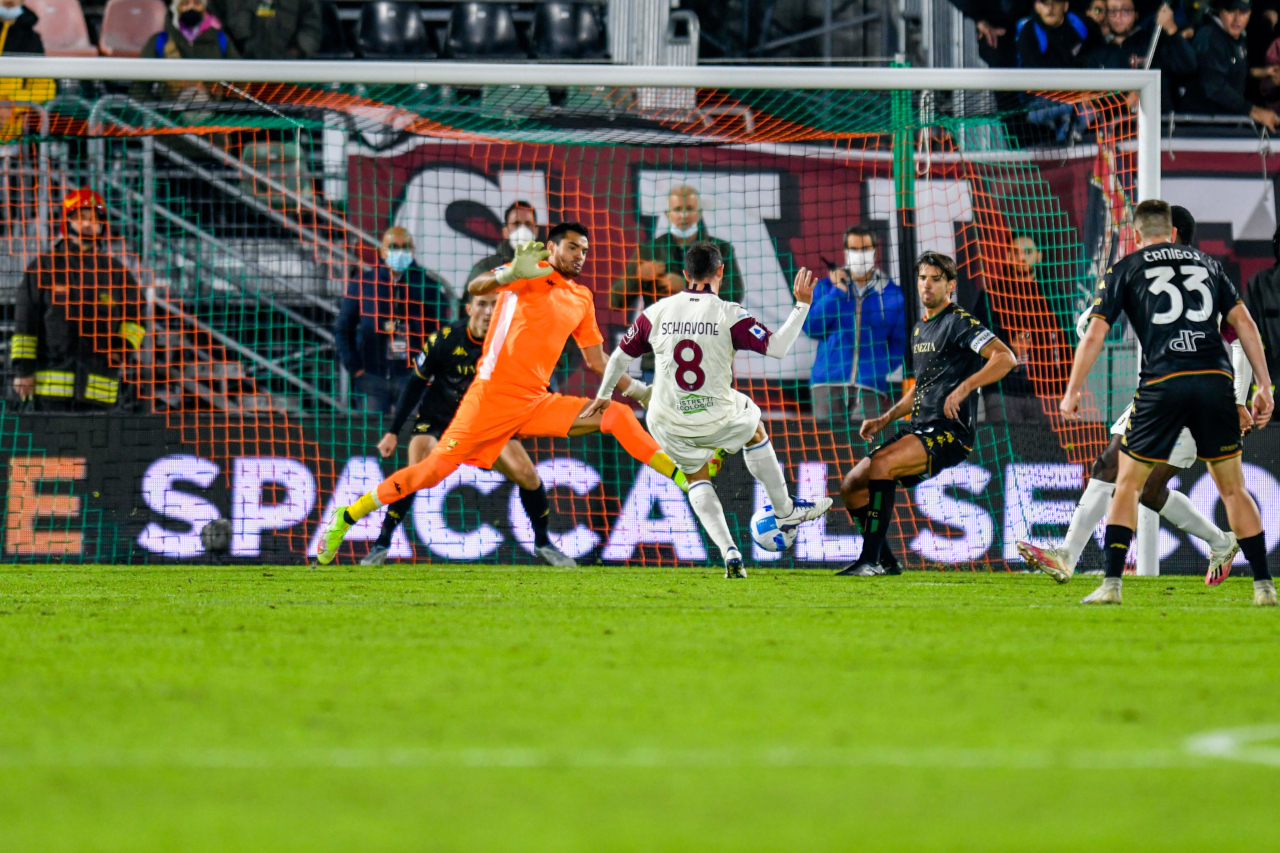 It was a dramatic and heart-breaking match for Venezia, who had taken the lead, saw Ethan Ampadu inexplicably sent off and conceded a last-gasp Salernitana strike.

Stefano Colantuono had a disastrous debut on the Salernitana bench, trailing 4-0 at home to Empoli by half-time before losing 4-2. He was still without Leonardo Capezzi, Lassana Coulibaly, Mamadou Coulibaly and Bogdan. The Lagunari had Mattia Aramu back, but Dennis Johnsen, Luca Lezzerini and Antonio Vacca still out.

Franck Ribery immediately tested Sergio Romero from distance, as did Di Tacchio, but it was Venezia who scored with their first foray forward.

Cristian Molinaro rolled across from the left, David Okereke’s dummy let it through and returning Aramu smashed into the roof of the net from 14 yards.

Mazzocchi gave the ball away playing out of defence, but made up for it by rushing over to deflect the Federico Bonazzoli finish wide.

Sergio Romero made another decisive save on the Milan Djuric header, as did Vid Belec on the Okereke counter-attack.

The pattern continued after the restart, Romero denying Ribery from close range after a good run down the right from Zortea.

Salernitana finally got their deserved equaliser on the hour mark, as Federico Bonazzoli used Molinaro as a shield, nutmegging him from 12 yards to place the finish into the near bottom corner, leaving Romero unsighted.

There was a truly bizarre moment when the referee flashed a straight red card to Ethan Ampadu. His sliding tackle on Ribery barely even seemed to qualify as a foul, let alone a dismissal, yet after he was urged to view it again on the VAR monitor, Di Bello stuck with his original baffling decision.

Venezia were still pushing for the victory, as Svoboda’s header from a free kick was just over the bar, then the same player on the turn saw his finish deflected just wide of the far post.

There was yet more heartbreak for the Lagunari, because deep into stoppages, Romero completely missed a cross from the right, which Nwankwo Simy nodded down at the back post for Andrea Schiavone to react quickly and drill in. It was his first ever Serie A goal.