Serie A | Sassuolo 1-1 Udinese: A point apiece amid wasted chances 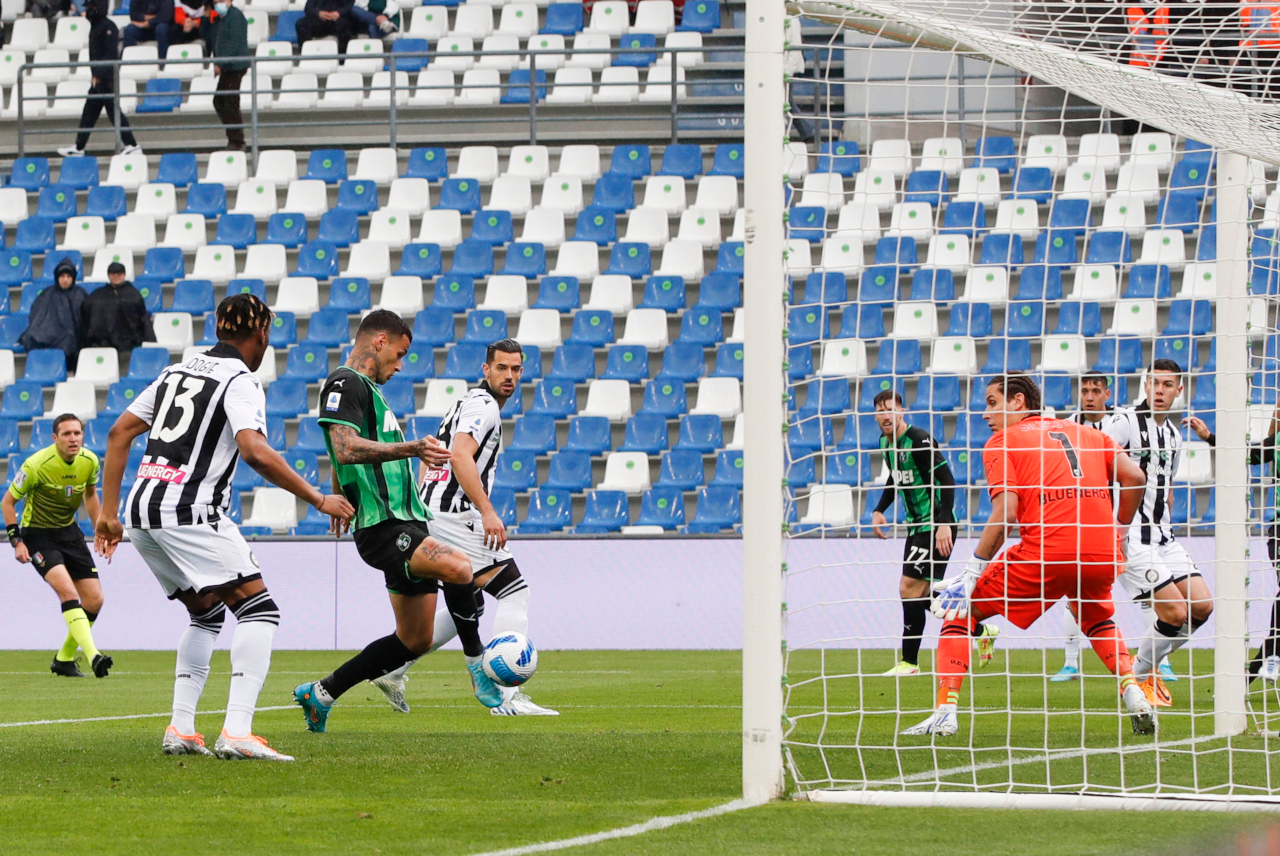 Gianluca Scamacca’s tap-in was cancelled out by Bram Nuytinck in a game that surprisingly only had two goals, despite numerous chances for both Sassuolo and Udinese.

Both sides were trying to shake off defeats, the Neroverdi were crushed 6-1 by Napoli and still without Hamed Traore in the starting XI, but Giorgios Kyriakopoulos returned from suspension. The Friulani got Jean-Victor Makengo back after his ban, with Isaac Success and Beto injured.

Gerard Deulofeu tested Andrea Consigli within 40 seconds, but Sassuolo took the lead when Giacomo Raspadori pulled back from the by-line for Gianluca Scamacca to prod in from three yards, ending a five-game goal drought.

Roberto Pereyra was sent clear by a divine Makengo pass, only to drill inches wide, while Consigli had problems on an in-swinging Deulofeu corner.

Davide Frattesi shrugged off two players to cut inside from the right only to then fire over from 12 yards. Domenico Berardi also went close, springing the offside trap and denied by Nehuen Perez from a tight angle.

Perez should’ve scored at the other end, turning wide from six yards, while Scamacca fired straight at Marco Silvestri on the counter.

Perez also ran a huge risk of a second yellow card within minutes of the restart and Deulofeu’s chip tested Consigli, but Udinese finally equalised on 78 minutes.

Consigli parried a Brandon Soppy strike into the path of Bram Nuytinck for the rebound, with Rodrigo Becao offside and not interfering with play.

Both sides went for it with everything in the final stages, Destiny Udogie and Berardi forcing saves, then Kaan Ayhan with a ferocious volley that flew over the bar at the back post.

Hamed Traore came off the bench and thought he’d won it in stoppages, but Silvestri got down for a sensational one-handed save on the angled drive.