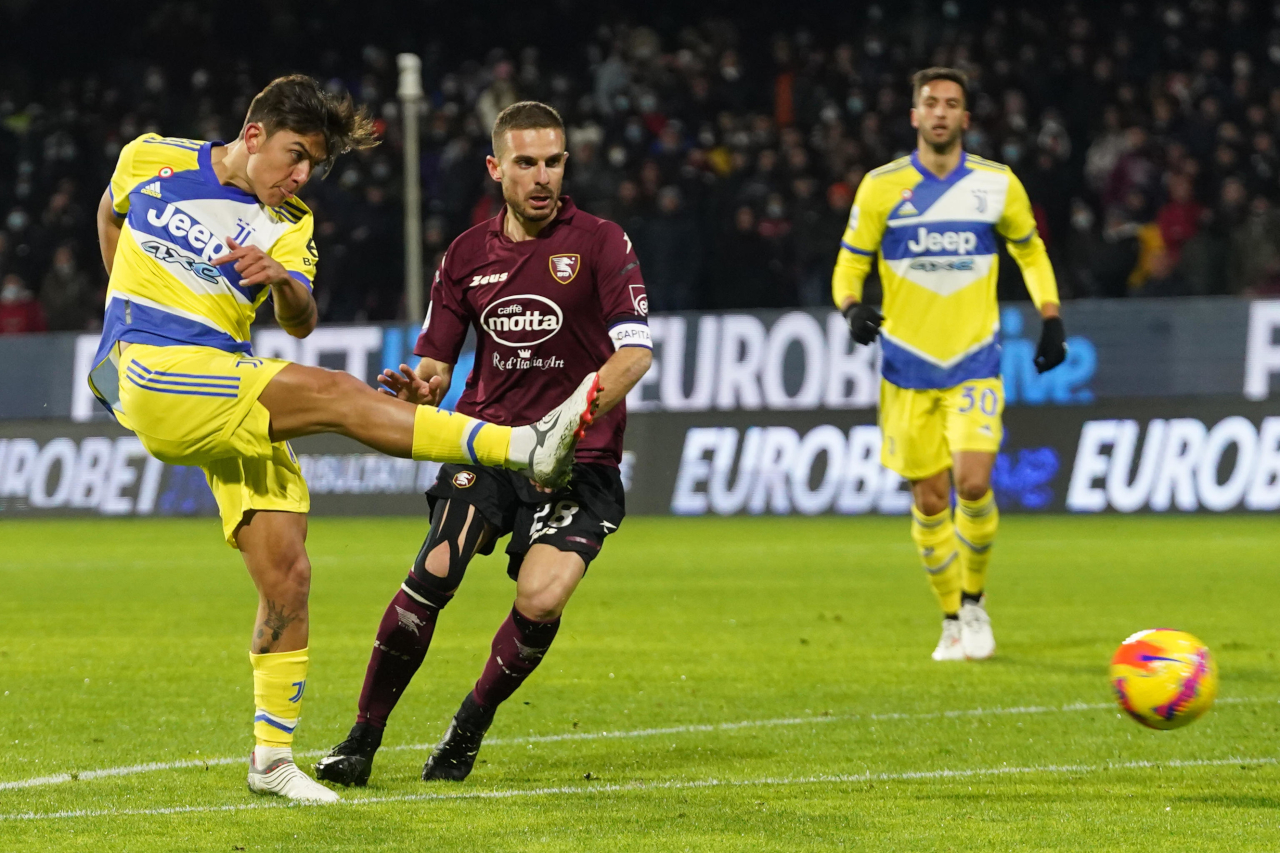 Paulo Dybala’s left-foot scorcher and a smart Alvaro Morata flick at the near post gave Juventus victory over Salernitana, but Dybala also missed a penalty.

The Bianconeri were in dire form after a home defeat to Atalanta, their fifth Serie A loss of the season, and 4-0 Champions League humiliation at Chelsea. Federico Chiesa was ruled out until the New Year, with Weston McKennie, Danilo, Mattia De Sciglio and Aaron Ramsey also injured. Salernitana were rock bottom with Cagliari and missed Mamadou Coulibaly and Franck Ribery, with Cedric Gondo not fully fit.

Juve broke the deadlock when Dybala played a quick one-two with Kulusevski on the edge of the box and smashed in the left-foot rocket first-time into the far bottom corner.

The Bianconeri had the ball in the net for a second time on 28 minutes. Juan Cuadrado’s cheeky free kick went straight for the near post, came off the upright, was cleared off the line by Riccardo Gagliolo and Giorgio Chiellini turned in the rebound. However, it was disallowed using VAR because Moise Kean was in an offside position and interfering with play, as he prevented Gagliolo from making it a stronger clearance.

Rodrigo Bentancur blasted over the bar, but Salernitana were incredibly unlucky not to equalise on 58 minutes when Luca Ranieri’s angled drive beat Wojciech Szczesny and bounced off the inside of the far post, the ricochet taking it out of the goal.

Another Salernitana move broke down because Milan Djuric was in a tangle with Matthijs de Ligt and Chiellini.

Somewhat against the run of play, Juve doubled their lead. Dybala floated a ball to the by-line for Federico Bernardeschi, his cross-shot was deflected and Alvaro Morata smartly flicked it through the goalkeeper’s legs at the near post with the sole of his boot. The Spaniard had only been on the pitch for three minutes.

Norbert Gyomber’s header hit the side-netting, while Dybala fired at Vid Belec when sent clear by Morata’s through ball.

Deep into stoppages, Morata was brought down by a mistimed Gyomber lunge. Dybala stepped up, but slipped horribly on the spot and sent the penalty into the sky with the last kick of the game.