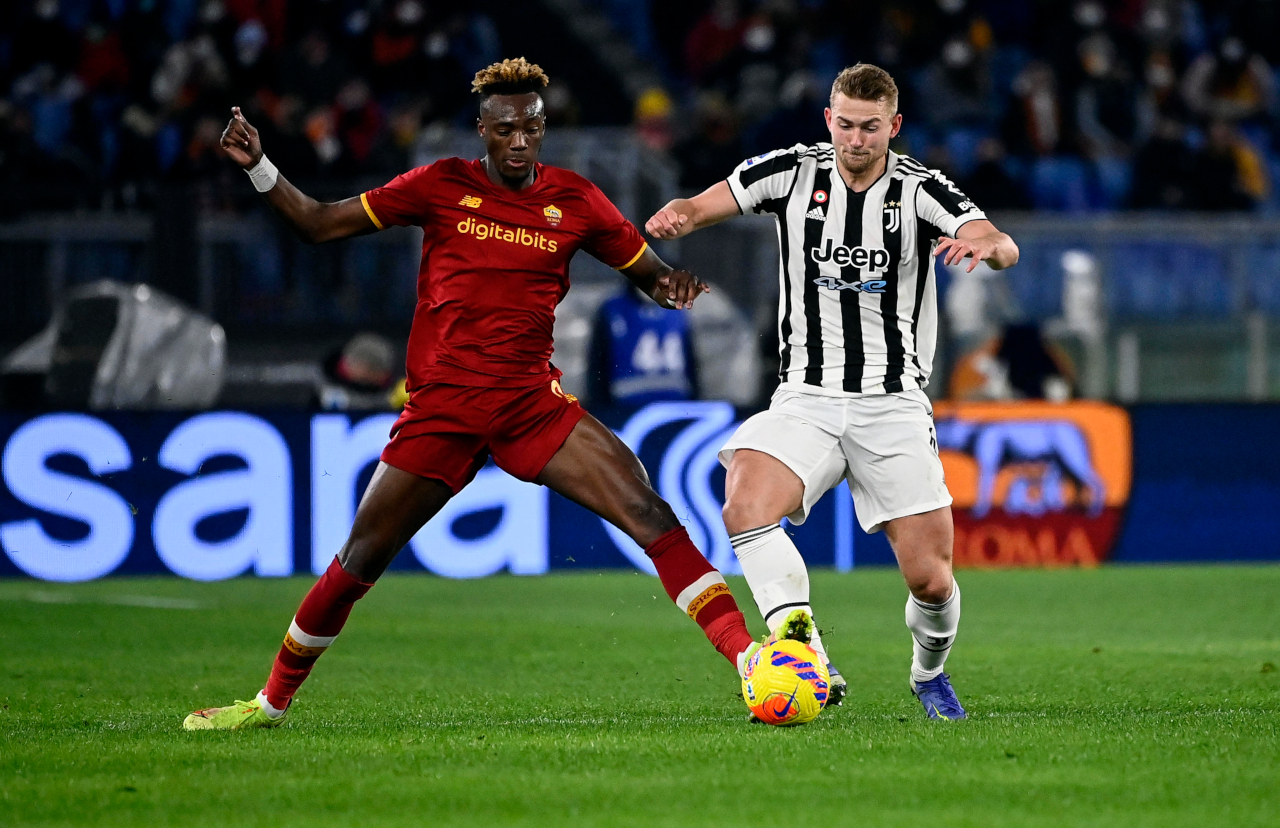 Roma threw away a 3-1 lead with 20 minutes to go and saw a Lorenzo Pellegrini penalty saved, as Juventus completed an incredible 4-3 comeback win despite the Matthijs de Ligt red card.

The Giallorossi had Rick Karsdorp and Gianluca Mancini suspended, plus Leonardo Spinazzola and Stephan El Shaarawy injured, Amadou Diawara and Ebrima Darboe on international duty, while Nicolò Zaniolo tested positive for COVID-19. Ainsley Maitland-Niles was therefore thrown straight into the starting XI just 24 hours after his loan move from Arsenal, with Felix Afena-Gyan getting his first start. The Bianconeri had coach Max Allegri suspended, with Leonardo Bonucci, Alex Sandro, Danilo and Aaron Ramsey injured, while Giorgio Chiellini returned to the bench after COVID.

It was an aggressive start from the hosts, Wojciech Szczesny smothering a Tammy Abraham header and after a series of corners, the pressure paid off. Jordan Veretout curled it onto the head of Abraham, who was left totally unmarked from four yards.

Roma had penalty appeals soon after, as Lorenzo Pellegrini’s shot bounced off Matthijs de Ligt’s foot and onto his hand, which made it unintentional.

At the first genuine attack, Juventus equalised, as Federico Chiesa shook off Maitland-Niles to roll across from the left, where Paulo Dybala controlled with his right and curled left-footed into the far top corner from the edge of the box.

Chiesa hurt his knee during a desperate and well-timed Chris Smalling tackle and after several minutes of hobbling, eventually had to be replaced by Dejan Kulusevski.

The Swede’s header went wide from a Mattia De Sciglio cross, but there was another huge Roma chance with the last kick of the half. A corner found Smalling’s header and this time Abraham redirected it over the bar from point-blank range with his knee.

Juan Cuadrado was booked and will be suspended for the Supercoppa Italiana against Inter next week.

It got worse for Juve, because Roma restored their advantage straight after the restart with a stroke of luck, as Henrikh Mkitaryan’s strike took a massive deflection off Mattia De Sciglio and looped over the helpless Szczesny into the net.

There was nothing flukey about the third goal, as it was a magnificent Pellegrini free kick into the near top corner, giving Szczesny no chance.

Alvaro Morata came off the bench and immediately provided an assist, skinning Roger Ibanez down the right and floating a cross onto the head of Manuel Locatelli for 3-2.

Incredibly, the drama just cranked up when Kulusevski fired in after a rebound and the offside flag went up, but after a very long VAR check, the news came through that it was indeed a goal, as when Cuadrado nodded it down, Morata was behind the line of the ball.

Moments later, Juventus went 4-3 up when a poor Smalling defensive header fell kindly, Mattia De Sciglio chested it down and drilled into the near bottom corner from eight yards.

VAR got involved again, as De Ligt blocked an Abraham volley with his arm and although it was from point-blank range, he did move his arm out from the body to meet it. This also represented De Ligt’s second yellow card and he was sent off, meaning he too is suspended for the Supercoppa.

Pellegrini stepped up, but after his magnificent free kick earlier, he hit a weak spot-kick that Wojciech Szczesny parried, then slipped on the rebound.

Pellegrini had to go off after a clash of heads with Giorgio Chiellini, then a deflected Carles Perez effort skimmed the upright and Szczesny fingertipped the ball off the feet of Abraham in the box.