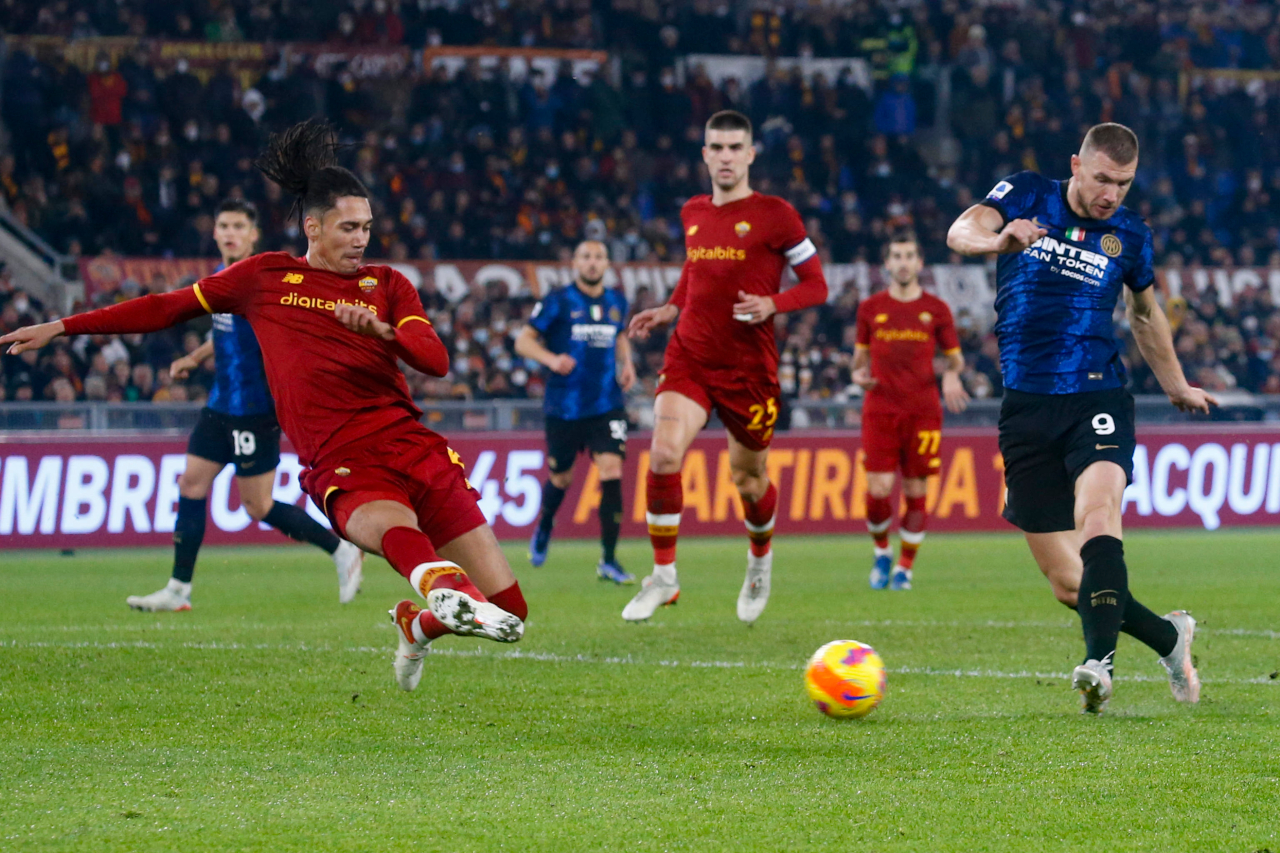 Inter inflicted only the second ever Serie A home defeat for Jose Mourinho, as a decimated Roma were completely out-classed with Edin Dzeko on target against his old club.

This was Mourinho’s first meeting with his former club since winning the Treble in 2010, while Edin Dzeko and Nicolò Zaniolo also faced their past. Tammy Abraham and Rick Karsdorp were suspended, with Stephan El Shaarawy, Lorenzo Pellegrini and Leonardo Spinazzola injured, plus Felix Afena-Gyan with COVID-19. Roma used a 3-5-2 formation, mirroring that of Inter, who missed Stefan de Vrij, Andrea Ranocchia, Mattia Darmian and Aleksandar Kolarov.

Zaniolo crossed for a wayward Eldor Shomurodov header in the opening 10 seconds, but Inter took the lead with a very unusual goal indeed.

Hakan Calhanoglu whipped it into the net directly from the corner flag with his right foot, as two defenders tried and failed to head it at the near post, confusing Rui Patricio so it went through his legs.

Dzeko scored Inter’s second and refused to celebrate against his former club, as Calhanoglu was involved again, getting down the left side of the box to pull back for a first-time sweep into the roof of the net. The goal came at the end of 19 consecutive Nerazzurri passes.

Only a desperate one-handed Rui Patricio save prevented Dzeko adding a third with an angled drive on Tucu Correa’s slide-rule pass, then the Bosnian’s header whistled just over the bar.

Just as Roma attempted to get out of their half, Denzel Dumfries making a block on the Matias Vina effort, Inter added a third with Bastoni’s sweeping ball all the way across the box for a Dumfries diving header at the back post. He had got in front of Vina to meet the cross.

There was some bad news for Inter, as just shy of the hour mark Correa pulled up clutching his hamstring and that could be him out for the rest of 2021. The second half was largely just control for the visitors, who got the job done in the first half.

As for Roma, Gianluca Mancini and Zaniolo both received yellow cards, so will be suspended against Spezia. Zaniolo almost got a consolation goal with a ferocious strike, but it hit the wrong side of the net at the near top corner.

Stefano Sensi blasted over after another well-worked one-touch passing move.