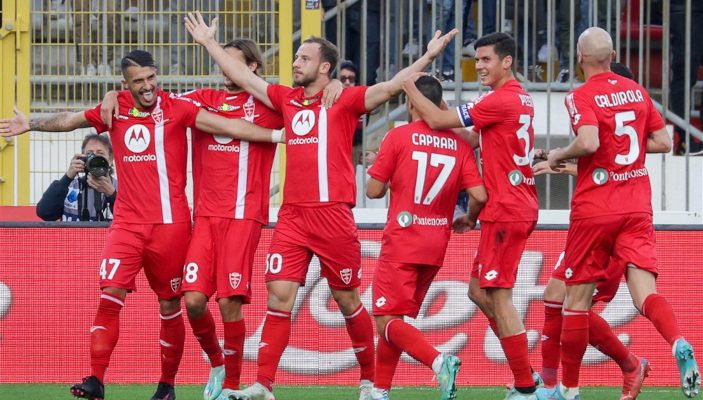 Monza made short work of Salernitana with Dany Mota Carvalho contributing a goal, an assist and earning a penalty, while Antonio Candreva saw red.

This was a relegation tussle, although the visitors were fairly comfortable mid-table, four points clear of the hosts. Pablo Mari and Stefano Sensi were long-term absentees, while Norbert Gyomber and Matteo Lovato didn’t make the trip.

Monza took the lead with a smart Mota Carvalho back-heel flick for Carlos Augusto, whose finish from six yards was deflected into the roof of the net to give Sepe no chance.

The second goal was a succession of Salernitana errors, as Daniliuc mis-read a long ball, Dany Mota skipped away from Lorenzo Pirola and then Sepe let the finish squirm under his body.

Andrea Colpani was unlucky not to make it 3-0 after the restart, his snooker shot from the edge of the box thumped the inside of the far post.

Antonio Candreva came off the bench and had a nightmare as a substitute, because his second bookable offence also gave away a penalty for the tackle from behind on Dany Mota Carvalho, so he was sent off and Matteo Pessina converted.

One Comment on “Serie A | Monza 3-0 Salernitana: Mota Carvalho masterclass”