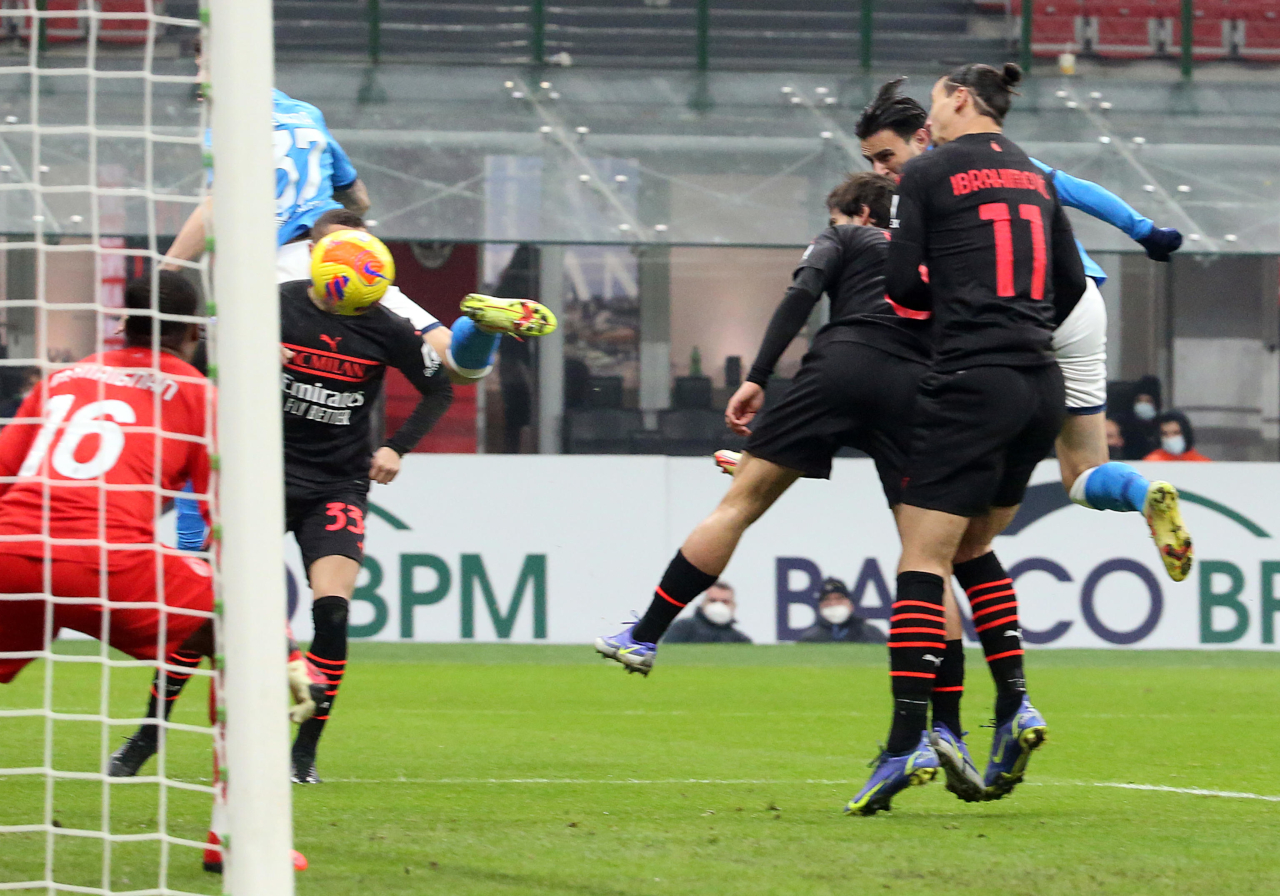 Napoli are right back in the title race after Eljif Elmas grabbed victory at San Siro, but Milan were furious after a very controversial last-minute disallowed goal, as Inter are confirmed Winter Champions.

This was a Scudetto showdown between second and fourth, who risked falling further behind new leaders Inter. They had been joint leaders until recently, when injuries began to take their toll.

It was a strong start from the visitors and they took the lead when Piotr Zielinski’s corner found an Eljif Elmas header down at the near post, as he got away from Sandro Tonali.

Milan took a while to get into gear, but Zlatan Ibrahimovic’s glancing header on a Fode Ballo-Toure cross skimmed the far post, as did an Alessandro Florenzi rocket on the half-volley.

Chucky Lozano had a double attempt charged down after his chest and turn to get away from Ballo-Toure.

The hosts improved after the restart, Ibrahimovic’s shot on the half-volley flying in at the near top corner from a tight angle until David Ospina made a fantastic one-handed save.

Fikayo Tomori got back for a sliding tackle on Petagna following an initial error, repeating it with an interception on Kevin Malcuit’s low cross from the right.

Messias surged forward, cut inside and unleashed a left-foot scorcher that was just wide of the far top corner, while Olivier Giroud nodded over and Ibrahimovic failed to make the most of a Zambo Anguissa sliced clearance, but Ospina was barely tested.

Milan did get the ball in the net at the 90th minute when Giroud knocked down a cross, there were several efforts charged down and Kessie swept in from 12 yards. However, the goal was disallowed when VAR alerted the referee to Giroud in an offside position, which was considered active despite the fact he was lying on the ground underneath a Napoli defender.

It was the second huge debate on active and passive offside after Atalanta–Roma on Saturday.