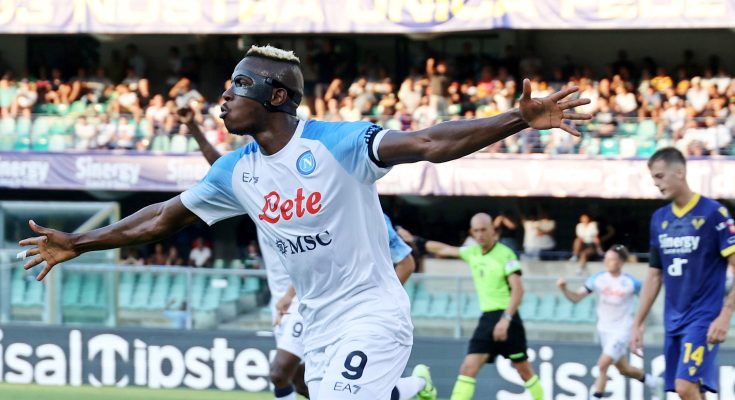 Napoli are still without Kvicha Kvaratskhelia, so look to Victor Osimhen and Hirving Lozano in their search for an 11th consecutive victory, but Udinese reply with Gerard Deulofeu and Beto.

It kicks off at the Stadio Diego Armando Maradona at 14.00 GMT.

You can follow all the build-up and action as it happens from today’s three Serie A games on the LIVEBLOG.

The Partenopei are eight points clear at the top of the Serie A table after 10 straight wins and want to end 2022 on a high, as this is the final round before the break for the World Cup in Qatar.

Kvaratskhelia and Amir Rrahmani are still out of action, so Osimhen is flanked by Chucky Lozano and Eljif Elmas, with Giacomo Raspadori and Giovanni Simeone ready to come off the bench.

Udinese may have dropped off in form after their extraordinary run of six consecutive victories in August and September, but the fact remains they have lost only one of their last 13 games, including draws with Atalanta and Lazio.

Rodrigo Becao and Adam Masina are still on the treatment table, while Destiny Udogie and Jean-Victor Makengo are not at 100 per cent.

Deulofeu was heavily linked with a move to Napoli over the summer, so he will have a point to prove here, partnered by Beto rather than Isaac Success.

The Friulani also love a fightback, earning 14 points this season from trailing situations.