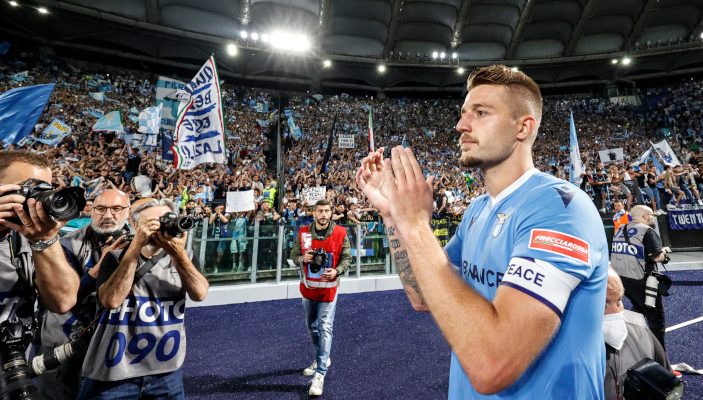 Sergej Milinkovic-Savic returns and Ciro Immobile is on the bench, but Mattia Zaccagni misses out as Lazio host Monza and could join Milan in second place.

You can follow all the build-up and action as it happens from this game and Verona-Juventus on the LIVEBLOG.

The Biancocelesti crashed out of the Europa League, but then beat arch-rivals Roma in the Derby della Capitale and a win here would put them joint second with Milan.

Maurizio Sarri has problems to deal with, as although Milinkovic-Savic returns from his ban, Zaccagni and Patric join the injury list.

Immobile is only fit enough for a spot on the bench and probably won’t be risked ahead of this weekend’s showdown with Juventus.

Matteo Cancellieri and Pedro therefore flank False 9 Felipe Anderson in the trident attack, but the midfield is transformed.

Monza are an all or nothing team under coach Raffaele Palladino, winning four of his seven games in charge and losing the other three in a row.

They ended that negative streak on Sunday with a 2-0 victory over 10-man Verona, but lost Stefano Sensi for several months with a fractured ankle.

Dany Mota Carvalho is also out of action, while Pablo Mari is still recovering after he was stabbed in a random supermarket attack.