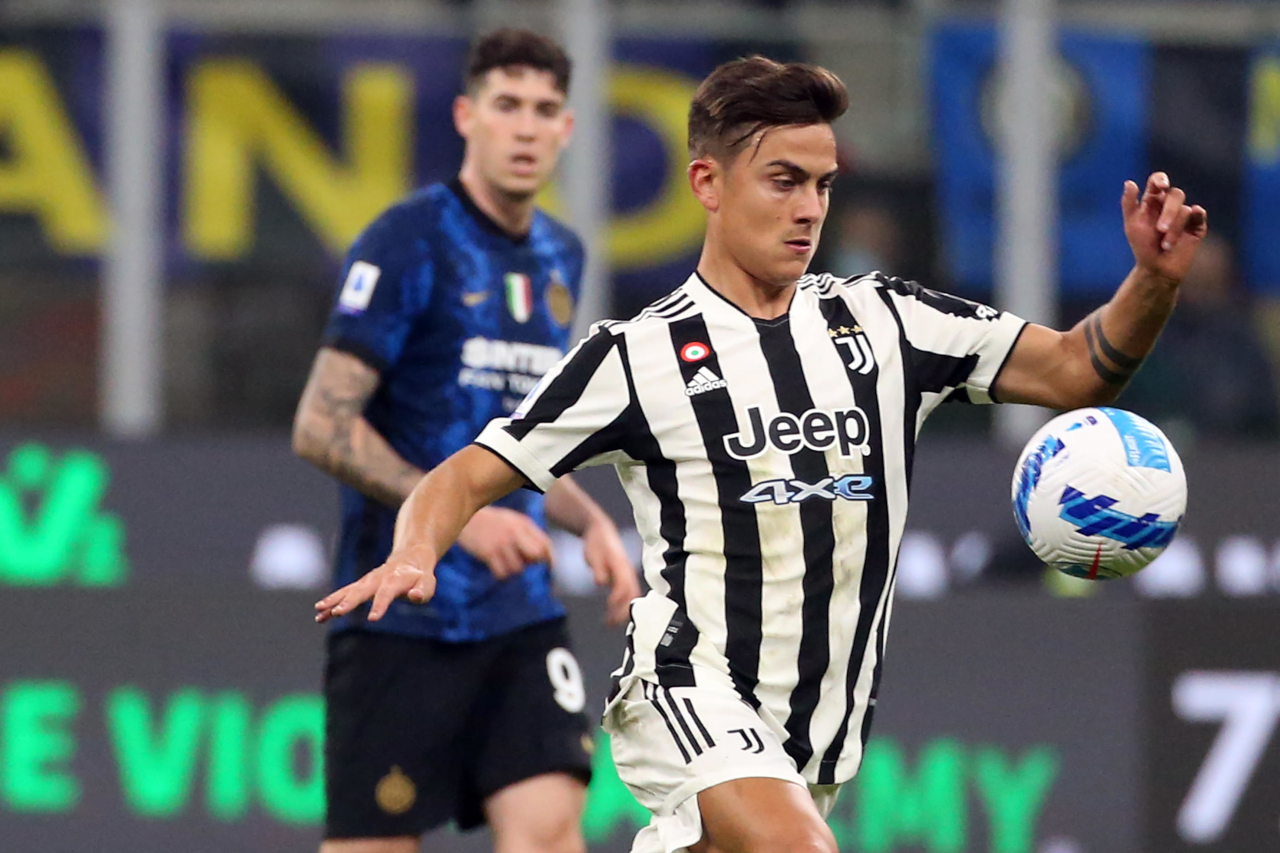 Edin Dzeko had given Inter the early lead, but Paulo Dybala converted a soft penalty at the 89th minute for the Juventus equaliser in the Derby d’Italia.

Arturo Vidal was absent with flu symptoms, so Hakan Calhanoglu started despite not being at 100 per cent after an ankle issue. Paulo Dybala was back on the bench after a muscular problem, with Moise Kean and Adrien Rabiot ruled out, but Max Allegri dropped Federico Chiesa and Matthijs de Ligt for Giorgio Chiellini and Dejan Kulusevski.

Samir Handanovic needed a save on Alvaro Morata and Edin Dzeko did enough to prevent Alex Sandro getting on the rebound.

With Federico Bernardeschi off the field due to a dislocated shoulder, Inter took the lead. Hakan Calhanoglu’s ferocious strike bounced off the frame of the goal and Dzeko readjusted quickly to turn in the rebound from 12 yards.

Juan Cuadrado drilled just wide of the far post after a cheap giveaway, then Morata and Leonardo Bonucci got in each other’s way on a Cuadrado free kick.

Juventus did not make substitutions, but did adjust tactically to a 4-4-2 for the second half.

Allegri had to shake things up, so introduced Federico Chiesa and Paulo Dybala. It made an immediate difference, Handanovic parrying the Dybala free kick, as Inter sat deeper and deeper, inviting Juve on.

The turning point came in the final minutes, as Denzel Dumfries went in late to clear from Alex Sandro and caught the Brazilian on the boot. The referee had allowed play to continue, but he was called by VAR to view it again, seeing the contact was just inside the area. A penalty was awarded, which Dybala converted to equalise.

This is a result that suits neither side, because it leaves them both quite a long way off joint leaders Napoli and Milan.