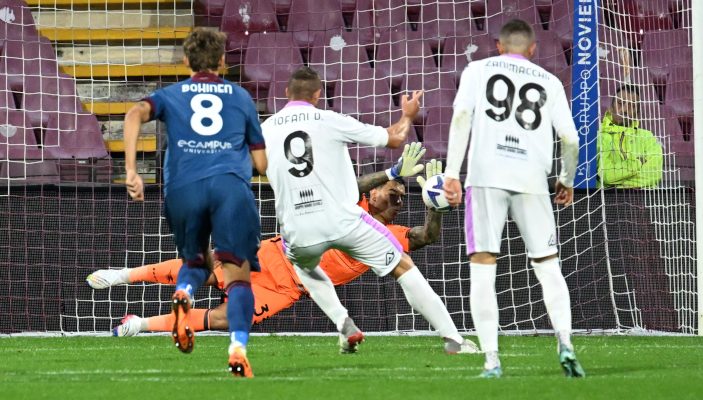 Piatek pounced on a deflected Antonio Candreva cross for the fastest ever Serie A goal scored by Salernitana after two minutes and 30 seconds, but Okereke thumped in a wonderful volley on a Frank Tsadjout knockdown.

Lassana Coulibaly drilled in from a tight angle, but Cremonese got a penalty for Federico Fazio’s late lunge.

Sepe saved the Daniel Ciofani effort with his foot off the line, so it was retaken and another save still couldn’t prevent the equaliser.