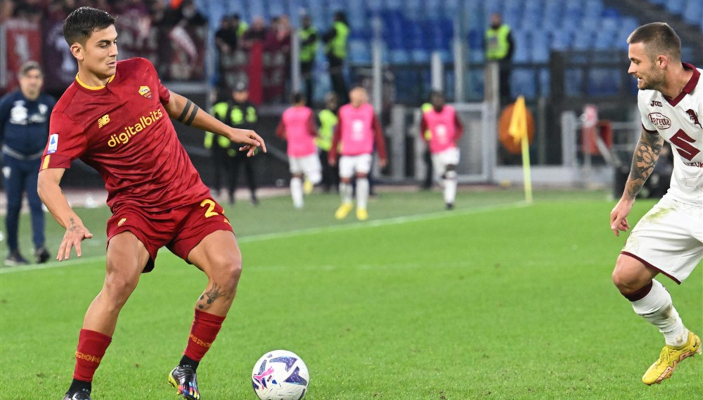 Watch as Roma snatch a dramatic point in stoppages with Nemanja Matic after Andrea Belotti misses a penalty against his old club and Paulo Dybala makes an impact on his comeback.

VAR intervened to revoke an early penalty for handball, then Torino took the lead with a Karol Linetty free header.

The hosts only woke up when Dybala came off the bench, forcing a save and earning a penalty off Koffi Djidji, which ex-Toro star Belotti fired onto the upright.

Dybala’s wonderful curler bounced off the crossbar and turned into an assist for Matic on the half-volley.