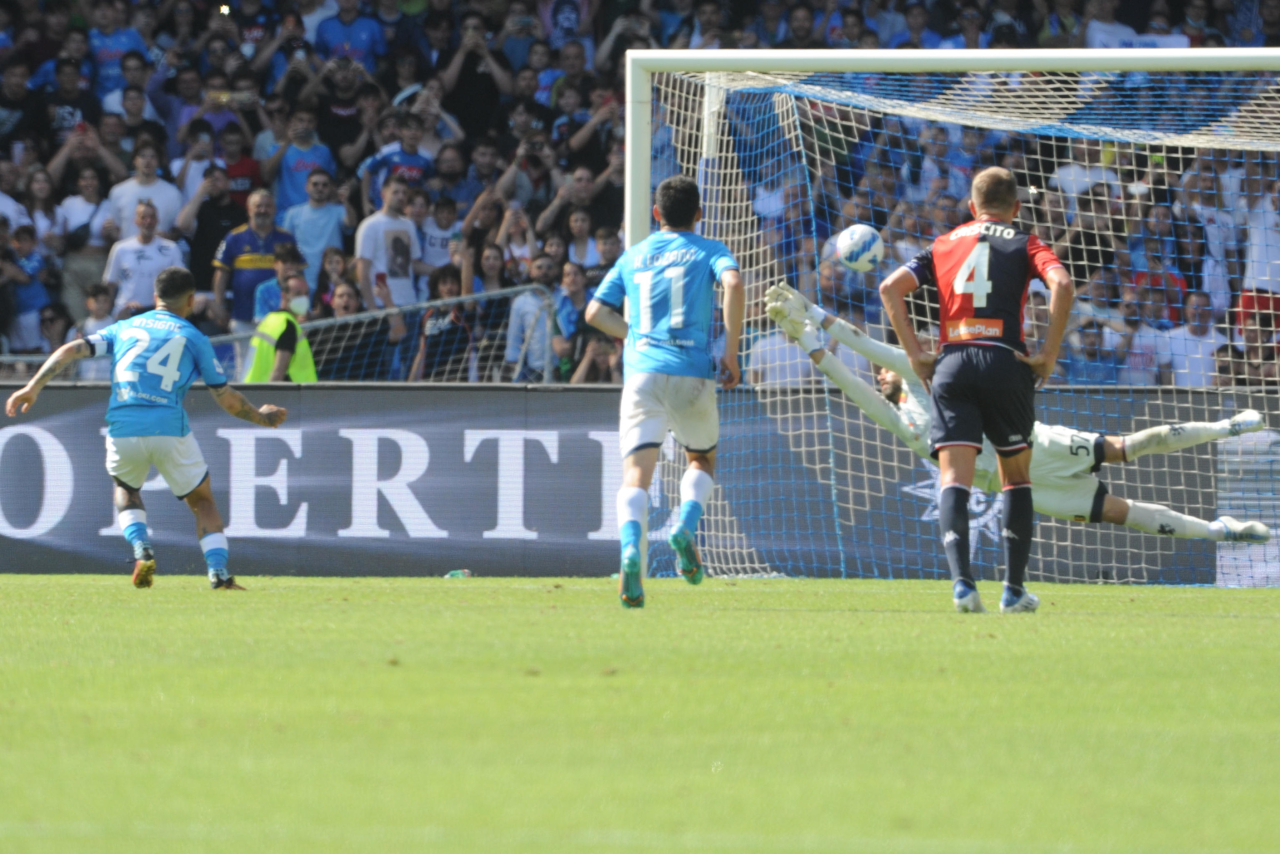 Watch as Lorenzo Insigne waves an emotional goodbye to Napoli fans with a goal, while Victor Osimhen and Stanislav Lobotka also find the net as they practically doom Genoa to the drop.

There were tearful scenes before kick-off with captain and hometown hero Insigne read out a speech preparing his move to MLS and Toronto FC.

Kelvin Yeboah rattled the crossbar and David Ospina early on, but Osimhen met Giovanni Di Lorenzo’s cross before a penalty was awarded for Hernani’s handball.

Insigne fired onto the upright, but it had to be retaken for encroachment, giving him the chance to get it right.

Lobotka scored a surprise solo run from his own half to seal it.