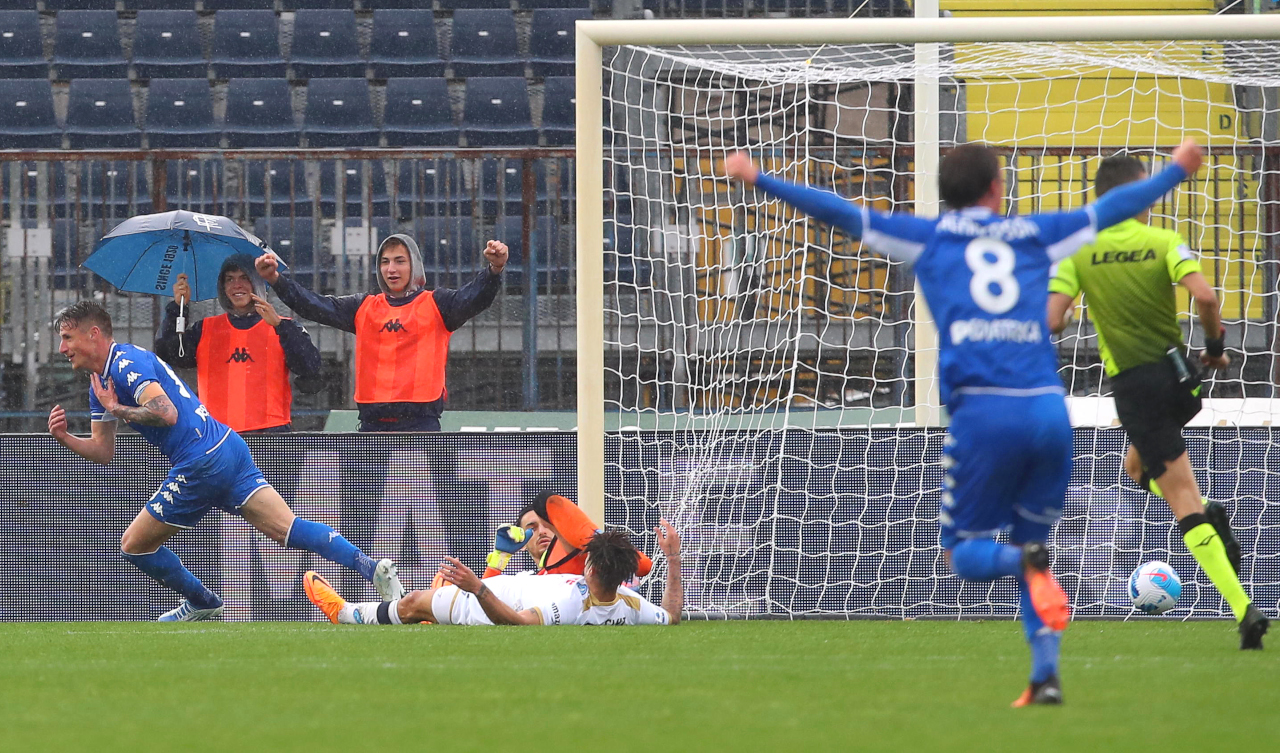 Watch as Napoli capitulate at the Stadio Castellani, throwing away a 2-0 lead in seven minutes including Alex Meret’s howler for the first Empoli victory since December 2021.

The Partenopei seemingly had the points wrapped up with Dries Mertens meeting Chucky Lozano’s assist via a Victor Osimhen dummy, then Lorenzo Insigne’s second goal of the season from open play with a left-foot angled drive.

However, it all changed at the 80th minute when Empoli began their incredible comeback.

Kevin Malcuit was robbed in midfield for the Liam Henderson strike, then Meret was caught napping by Andrea Pinamonti in a shocking error.

Moments later, Pinamonti met the Nedim Bajrami cross at the back post.