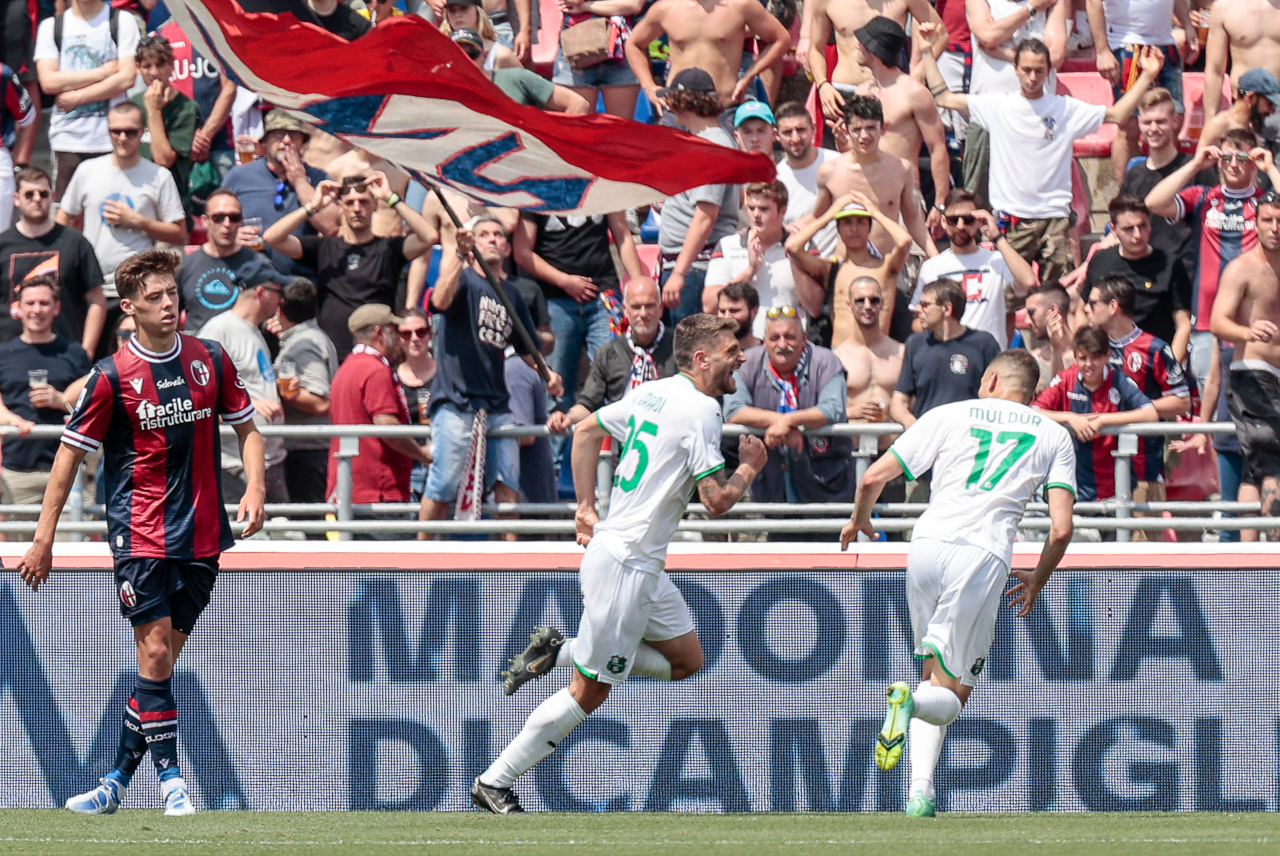 Watch as Sassuolo turn on the style in the local derby with Bologna, including a Gianluca Scamacca double and acrobatic Domenico Berardi bicycle-kick.

Scamacca took centre-stage with a free header on Berardi’s corner, while Vlad Chiriches had a goal disallowed after using his arm to control the rebound off the bar.

Berardi’s spectacular overhead kick from six yards doubled their lead before Davide Frattesi threaded through for Scamacca to make it 3-0.

Riccardo Orsolini converted a stoppage-time penalty after Ruan Tressoldi charged down a Mitchell Dijks cross with his arm.