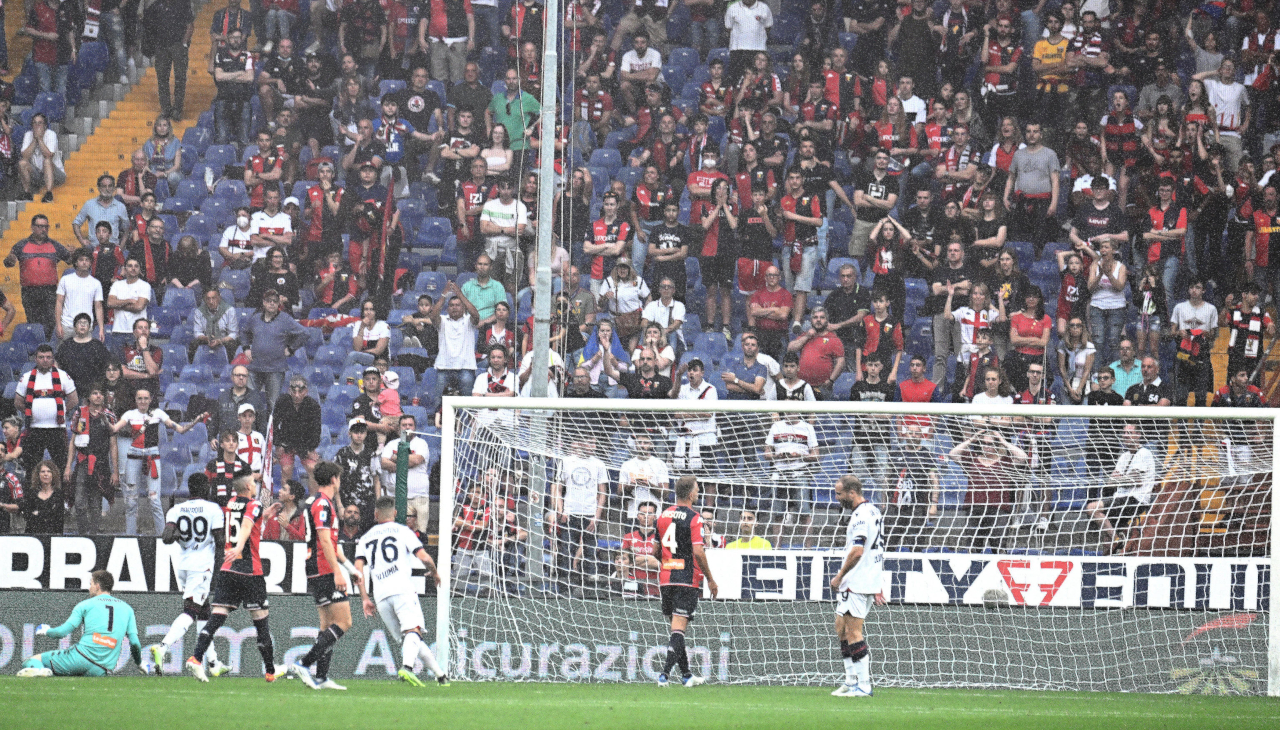 Genoa say goodbye to Serie A with their 18th defeat, albeit unlucky after rattling the woodwork, as Musa Barrow gave a Bologna side packed with teenagers victory at Marassi.

The Grifone were mathematically relegated last week, but still fans flocked in their thousands to see out the season, confident they have a project going forward under coach Alexander Blessin. Stefano Sturaro, Nikola Maksimovic and Zinho Vanheusden were injured, with Bologna missing Lukasz Skorupski, Adama Soumaoro, Roberto Soriano and Gary Medel, giving young players a chance to shine.

Manolo Portanova hooked a ball over his head, forcing a tricky save, while Adrian Semper somehow clawed Lorenzo De Silvestri’s header off the line from close range.

Semper made another stunning save when the Michael Aebischer header looped up and had to be palmed out from under the crossbar.

However, he was beaten moments later as Bologna took the lead. Musa Barrow was fortunate, running onto a lucky ricochet off Hernani inside the penalty area to drill in from a tricky angle.

Kelvin Yeboah’s snapshot was beaten away by Francesco Bardi and Silvan Hefti volleyed over the bar, but Genoa were so unlucky when Morten Frendrup’s scorcher thumped the far post with Bardi stranded.