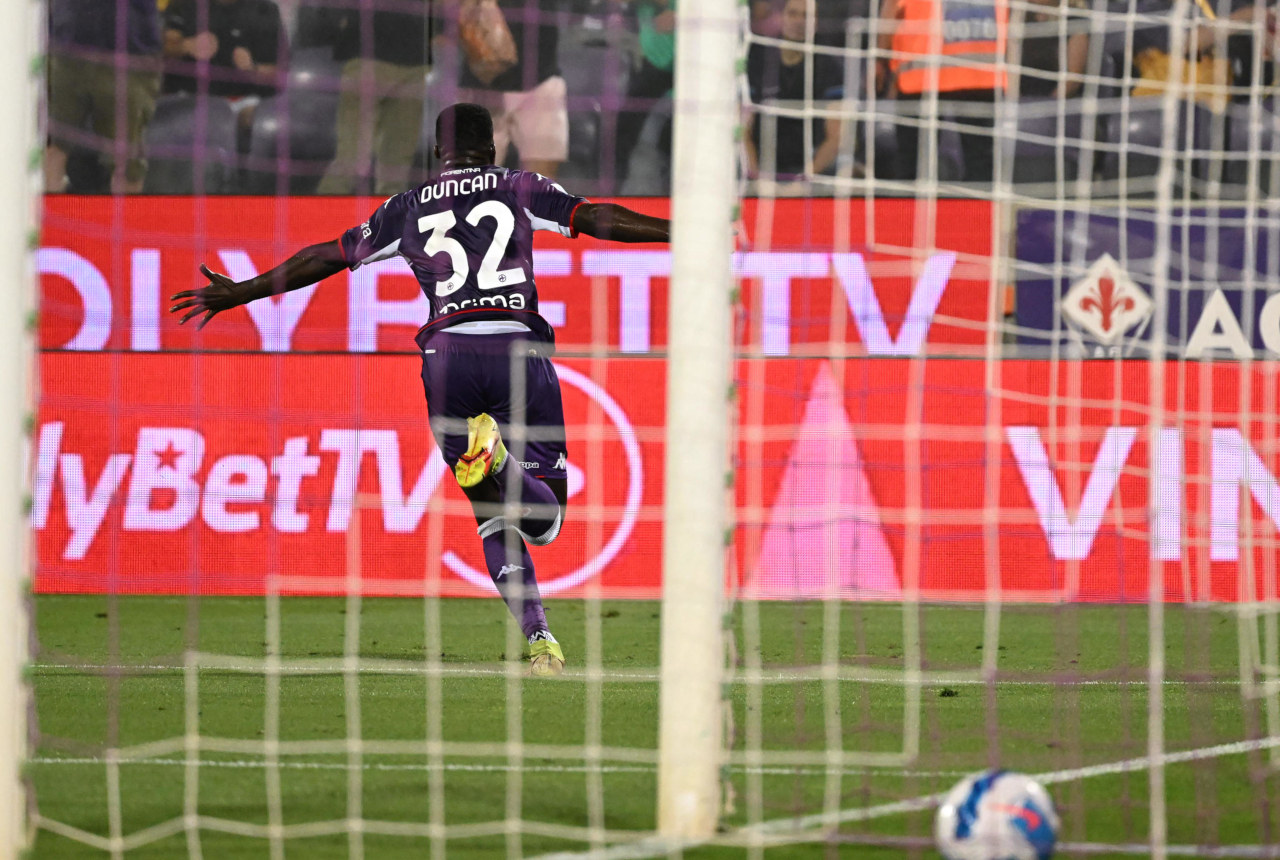 Fiorentina are back in Europe for the first time since the 2016-17 season after seeing off rivals Juventus with Alfred Duncan and Nico Gonzalez, qualifying for the Conference League play-offs.

The Viola needed a victory, or to at least match Atalanta’s result against Empoli, to guarantee their Conference League play-off place. Sofian Amrabat returned from suspension, with Youssef Maleh banned instead, Riccardo Sottil and Gaetano Castrovilli injured. Juve missed Danilo, Mattia De Sciglio, Kaio Jorge and Federico Chiesa, while it was the final game for Paulo Dybala, Giorgio Chiellini and Federico Bernardeschi.

The first real chances saw a pair of Giacomo Bonaventura’s attempts deflected wide, but just before half-time Juve struggled to get a Krzysztof Piatek knock-down clear, Bonaventura was able to prod it into the path of Alfred Duncan to fire into the roof of the net from 12 yards. During that move, Chiellini clashed heads with Piatek and was left bleeding heavily from his eyebrow.

An acrobatic Nico Gonzalez volley flew over the bar straight after the restart, while Weston McKennie made his comeback after fracturing a bone in his foot.

Carlo Pinsoglio was in goal for Juventus in the second half and made a stunning double save on Piatek’s header and the Bonaventura follow-up.

Fiorentina did double their lead in stoppages when Leonardo Bonucci tripped Lucas Torreira and Nico Gonzalez converted the resulting penalty.