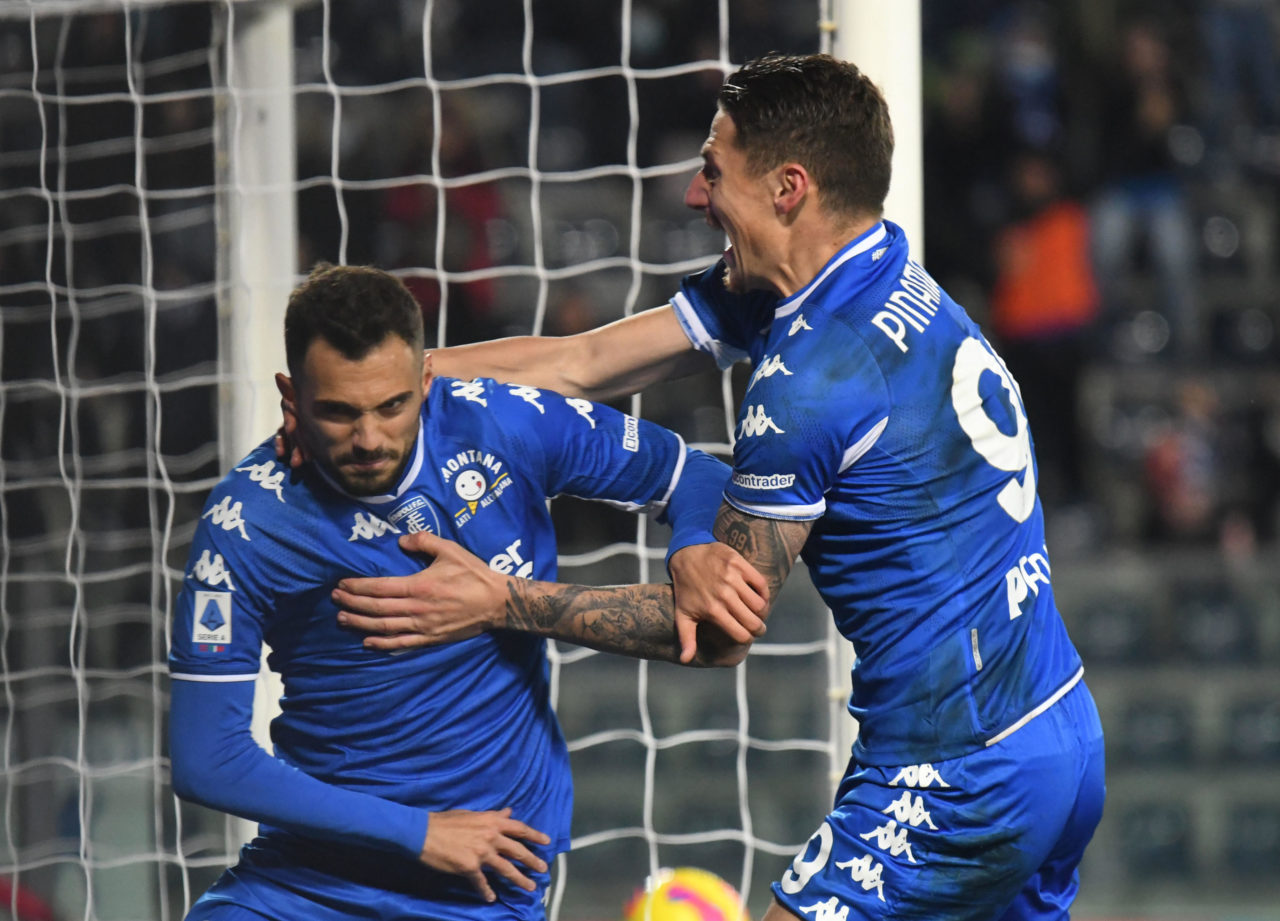 Empoli secured a 3-1 win over Udinese, as the Azzurri turned the match around in the second half through goals by Petar Stojanovic, Nedim Bajrami and Andrea Pinamonti.

Four points separated the sides heading into the game and Udinese were looking to take further steps away from the relegation zone with a win on Monday night.

But Empoli, who have started the season well under Aurelio Andreazzoli, were the better side at the start of the game and pushed for the opening goal.

The Tuscan gave goalkeeper Marco Silvestri a lot to do in the first minutes of the games, but the Friuli, who are struggling with many absentees at the back, did well to keep a clean sheet.

And the visitors made the most of their opportunities at the other end too, making sure Empoli never felt safe.

After 22 minutes, Gerard Deulofeu found the net behind Guglielmo Vicario with a precise finish from inside the area, which left the hosts stunned.

Empoli never managed to react and were less convincing going forward after the Spaniard’s goal. In fact, it was Udinese who came closest to grabbing the second goal of the game through Tolgay Arslan and Destiny Udogie.

The match was completely open after the first 45 and Empoli came out as strong as in initial phase of the first, showing conviction going forward.

It didn’t take long until the home side had pulled level, as Petar Stojanovic was found by Samuele Ricci at right.

The full-back cut inside and found the bottom corner to beat Silvestri in the Friuli goal and make it all square after only 49 minutes.

Empoli went ahead only 10 minutes later, when Fabiano Parisi’s cross from the left ended up at Nedim Bajrami, who had an easy job to tap the ball into the empty net and complete the turnaround for the Azzurri.

Luca Gotti cut a frustrated figure in the Udinese dugout after seeing his team throw away the lead in the first 15 minutes of the second half and the Bianconeri struggled to respond.

The visitors started giving away silly fouls in the middle of the park, as Empoli grew more and more confident in their display.

The conviction was back, and the Azzurri were determined to put the nail in the coffin, as Udinese had a few half-chances midway through the second half.

Empoli arrived at right, when Szymon Zurkowski found Bajrami at the edge of the box. The attacking midfielder pulled it back to Pinamonti, who was unmarked at the penalty spot and placed it neatly in the bottom corner.

Silvestri couldn’t do anything to stop the effort and the home side completed the match in style, bringing home the three points with three goals in the second half.

The guests called for a penalty after 84 minutes, when Ilija Nestorovski went down inside the area, but referee Daniele Paterna waved play on, and VAR didn’t intervene.

Deulofeu’s attempt after 86 minutes went just over Vicario’s crossbar, as the Bianconeri continued to push to reduce the deficit.

But Udinese had no response in the final minutes of the match and are stuck at 14th in the table with 16 points from as many games.

Empoli climbed above Sassuolo and are tied on points with Hellas Verona at 10th in the table, as Andreazzoli’s men continue to impress in their first season back in the top division.