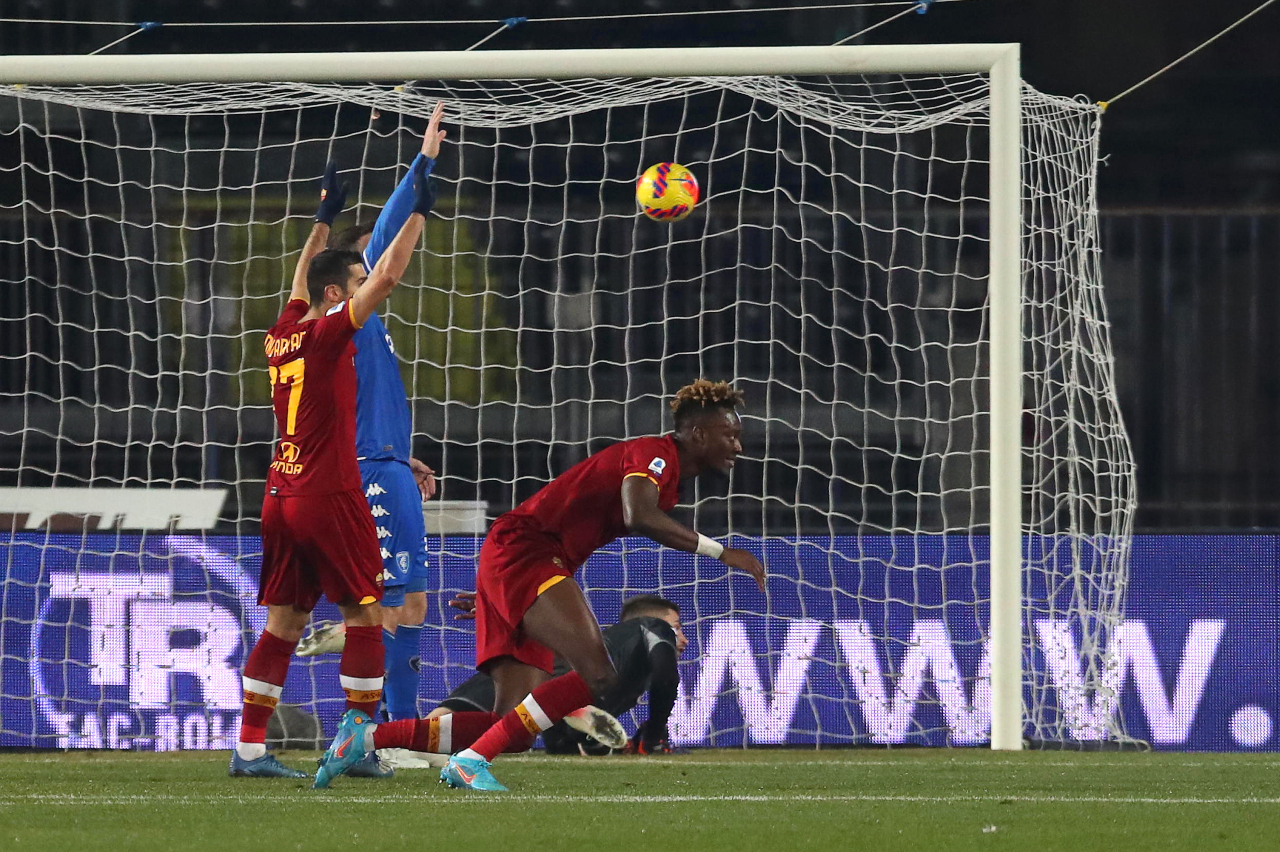 Roma scored four goals in 13 minutes to stun Empoli, with a Tammy Abraham brace, Sergio Oliveira and Nicolò Zaniolo, but the Tuscans did mount a brave fightback for 4-2.

The Giallorossi welcomed back Chris Smalling and switched to a 3-5-2 formation, but Lorenzo Pellegrini and Leonardo Spinazzola were still injured, with Ebrima Darboe and Amadou Diawara were at the Africa Cup of Nations. The Tuscans were missing Federico Di Francesco, Nicolas Haas and Sebastiano Luperto, but also exhausted after taking Inter to extra time in the Coppa Italia midweek.

Nicolò Zaniolo wanted a penalty for a nudge from Riccardo Fiamozzi in the opening minutes, but the referee waved play on.

Nedim Bajrami should’ve done better when blasting over from 12 yards on a well-worked short corner.

Ardian Ismajli made a decisive block after Henrikh Mkhitaryan set up Zaniolo, but Roma took the lead as Sergio Oliveira’s shot was deflected into the path of Tammy Abraham, who turned rapidly to fire in from 12 yards.

Zaniolo set up Ainsley Maitland-Niles only for a weak finish to be beaten away at the near post, but Roma doubled their advantage from the resulting corner.

It was chaotic, Gianluca Mancini’s initial header charged down, the Abraham follow-up parried until Mancini bundled it over the line at the third time of asking. However, the goal-line technology showed Abraham’s attempt had already crossed over, so it was his goal.

In the space of four minutes, Empoli simply crumbled under the swarms of counter-attacks, conceding another two goals.

It was an attack down the right, Zaniolo knocking it on for Sergio Oliveira to fire into the top corner from 12 yards.

Moments later, Mkhitaryan surged down the left and rolled across for Zaniolo to sweep home undisturbed from a similar position.

It went from bad to worse for Empoli, as Riccardo Marchizza was stretchered off in agony with what looked to be a serious knee injury, as his leg moved in an unnatural direction when he fell.

The hosts got back into it after the restart, as Filippo Bandinelli pulled back from the by-line for Andrea Pinamonti to take a touch and fire in from close range.

Nedim Bajrami had a couple of strikes until one from the edge of the area took a deflection off Mancini to wrong-foot Rui Patricio and make it 2-4.

Roger Ibanez turned a free header over from a corner, Pinamonti nodded straight at Rui Patricio from close range and Mattia Viti made a decisive tackle on Felix Afena-Gyan.