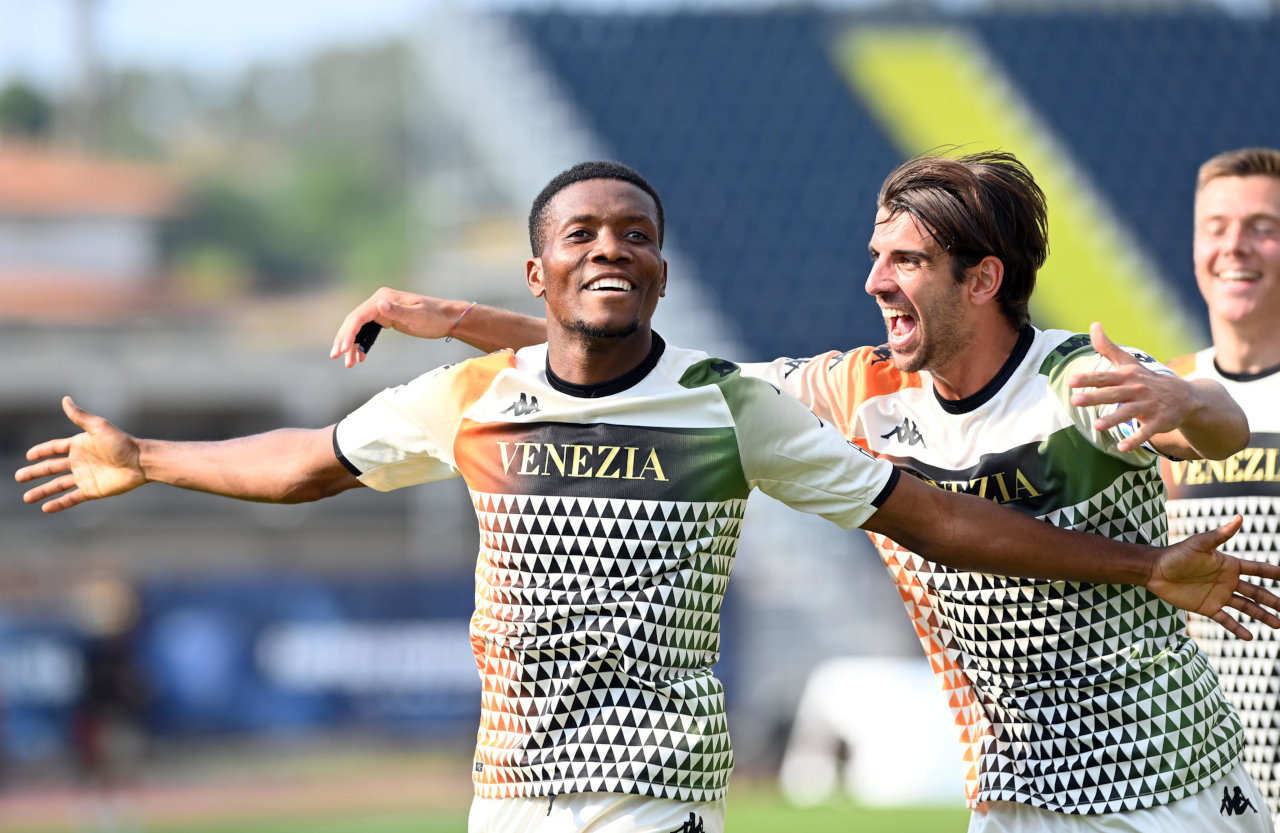 Venezia have their first points of the Serie A season thanks to Thomas Henry and a spectacular David Okereke solo effort, stunning Empoli on their home turf.

These newly-promoted sides had very different starts to the season, the Tuscans fresh from a shock 1-0 victory at the Allianz Juventus Stadium, the Lagunari losing both games heavily.

Dennis Johnsen fired just over the bar in the opening minutes for Venezia and Mattia Caldara should’ve done better with a free header from a corner.

The visitors eventually got their deserved opener when Mattia Aramu whipped in a low cross from the left for Thomas Henry to get in front of his marker and turn in from six yards.

It should’ve been 2-0 moments later, Henry nodding over from the Mazzocchi cross, then Guglielmo Vicario had to time his rush off the line perfectly to deny Johnsen one-on-one.

Just as Empoli were beginning to step up the pressure, David Okereke came off the bench and scored a stunning solo goal within 70 seconds. He gathered from his own half after a corner, ran at defenders, weaving back and forth to avoid tackles, until drilling in from just inside the area.

Gianluca Busio had to time his tackle perfectly to avoid a penalty on Nedim Bajrami, but substitute goalkeeper Niki Maenpaa did not do the same when wiping out Liam Henderson. Bajrami converted the spot-kick to set up a tense finale.

Okereke almost struck on the counter, denied by Cristian Molinaro’s desperate block, while Bajrami’s free kick was fingertipped over the bar.