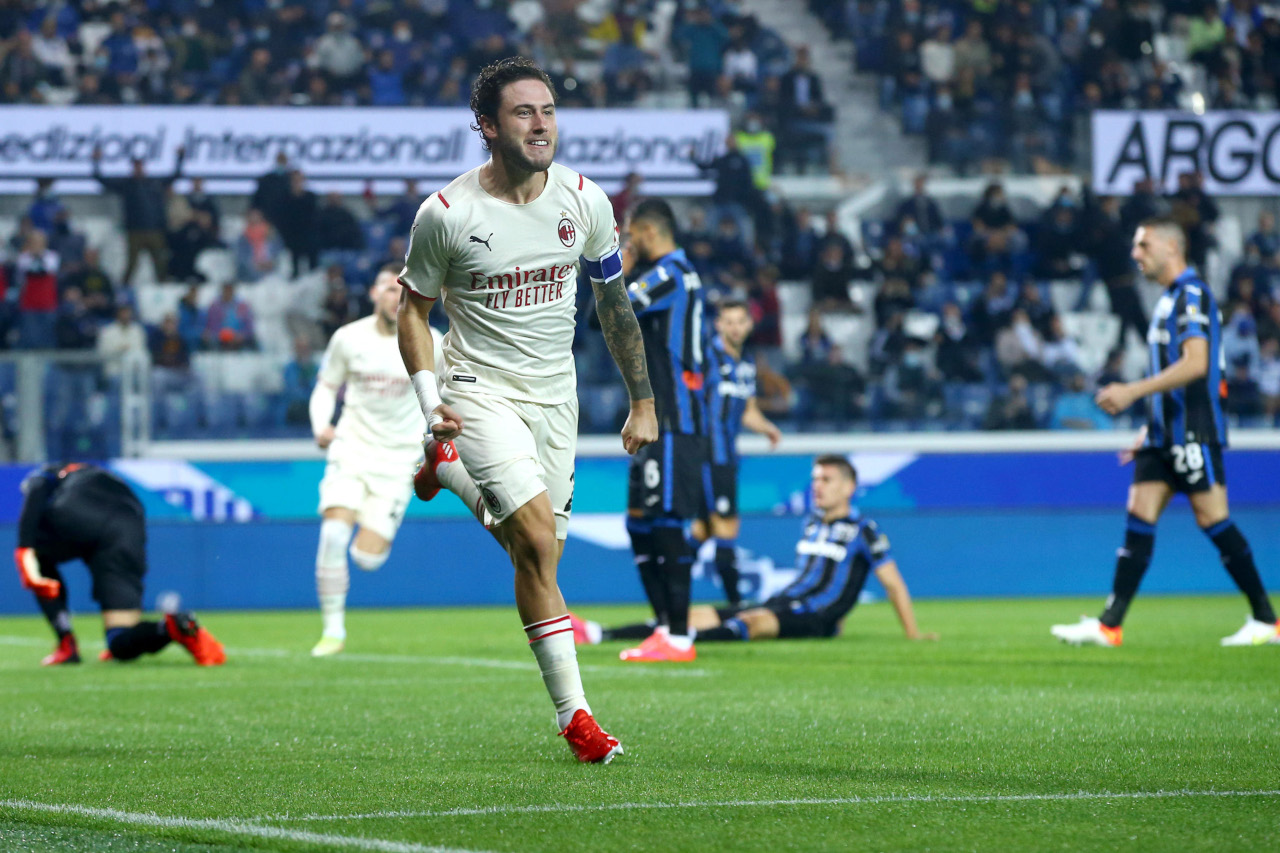 Milan sent out a real statement of intent with a 3-2 victory away to Atalanta, as Davide Calabria scored after 28 seconds, before Sandro Tonali and Rafael Leao made it safe, despite a desperate late comeback.

La Dea were fresh from a 2-2 thriller with Inter, but missing Robin Gosens, Rafael Toloi and Hans Hateboer, with Luis Muriel only fit for the bench after a long lay-off. The Rossoneri had even worse injuries, having to do without Zlatan Ibrahimovic, Olivier Giroud, Tiemoue Bakayoko, Rade Krunic and Alessandro Florenzi.

It was an extraordinary start, because within 28 seconds Milan had the ball in the net. Theo Hernandez put a through ball for the captain and fellow full-back Davide Calabria, who forced a meek save from Juan Musso, but turned in the rebound.

Brahim Diaz also saw a curler charged down by Merih Demiral, but Atalanta had a double chance when Duvan Zapata forced a Mike Maignan save and Sandro Tonali made a desperate block on the Ruslan Malinovskyi rebound, allowing Fikayo Tomori to clear off the line.

Maignan had to push a Davide Zappacosta effort round the post and parry the Duvan Zapata header on the resulting corner.

Tomori made a wonderful tackle on Pessina, but the Atalanta man picked up a thigh injury during the incident and was stretchered off.

Milan survived the onslaught and doubled their lead before half-time, as Tonali caught Remo Freuler in possession and ran forward, keeping his cool to dummy the goalkeeper and fire in at the near bottom corner. It was only his third Serie A career goal.

Nonetheless, Milan continued to create the best chances, Musso with a save from point-blank range on Alexis Saelemaekers’ header after Rebic stood up a cross from the right.

Atalanta were entirely toothless and the Rossoneri made it 3-0 on the counter. Leao was one of those who started the move with a back-heel flick, Theo Hernandez sprinted forward, then spread it to the left for Leao to finish it from just inside the box, a scorching strike into the far top corner.

The hosts did get a chance from the spot, as Junior Messias on his Milan debut went sliding in with arm raised to block a Zappacosta shot. The referee was alerted by VAR and opted for a penalty, which was powerfully converted by Duvan Zapata.

It wasn’t over, as in stoppages Duvan Zapata barged past Messias and pulled it across the face of goal for Mario Pasalic to tap in against his former club, but there was no more time to complete what would’ve been an extraordinary comeback.