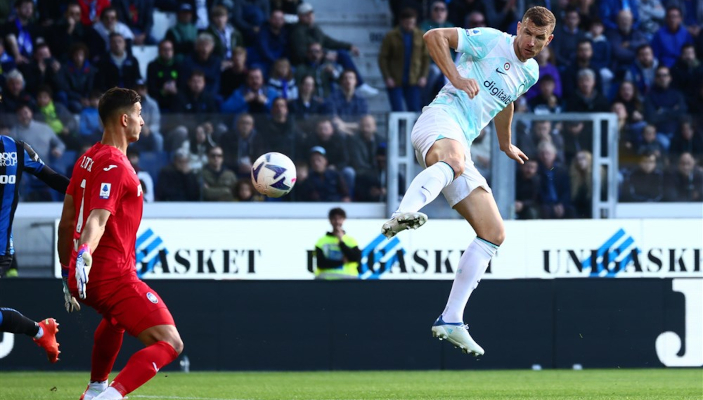 Inter completed a comeback from Ademola Lookman’s penalty thanks to a splendid Edin Dzeko brace and Jose Luis Palomino own goal in this five-goal thriller, but it’s a third straight defeat for Atalanta.

Both sides were locked together in fifth place on 27 points going into this final game of 2022. Luis Muriel, Marten de Roon and Davide Zappacosta were still out of action, but La Dea brought back their star names after rotating the squad for a midweek defeat to Lecce. Rafael Toloi pulled out in the warm-up, so Jose Luis Palomino made his comeback since failing a doping test in July, as he won his appeal. The Nerazzurri missed Romelu Lukaku, Matteo Darmian and Danilo D’Ambrosio, with Marcelo Brozovic still not fit enough to start.

Atalanta were looking for their first win over Inter since November 2018, having managed only five draws and two defeats.

A sensational Federico Dimarco first touch controlled the long Andre Onana ball, but he couldn’t get enough power on it to beat Juan Musso.

Teun Koopmeiners forced a one-handed Onana save at the back post with his chest and half-volley, then on the resulting corner the goalkeeper denied Palomino’s free header.

Stefan de Vrij was clumsy on Duvan Zapata for a penalty, which Ademola Lookman converted by blasting into the top corner for Atalanta’s lead.

Inter equalised with their first genuine opportunity, as Hakan Calhanoglu whipped in a cross that was flicked on by Lautaro Martinez for Edin Dzeko to score with the outside of the boot from six yards, anticipating his marker and Juan Musso.

Ruslan Malinovskyi came on for the restart and there were chances at both ends with Duvan Zapata and Henrikh Mkhitaryan narrowly off target.

Inter turned the game around completely when Dimarco swung in a ball from the left for Dzeko and Joakim Maehle to both come sliding in, bundling the ball over the line at the back post.

Lautaro Martinez again skimmed the crossbar, then proved instrumental for the third goal, as his header from a Calhanoglu corner was redirected from close range by Palomino trying to anticipate Dzeko.

Lautaro Martinez then failed to get full contact with his free header, but Atalanta got back into it with Palomino’s header into the right goal this time from a corner.

Rasmus Hojlund nodded over with Hans Hateboer in a better position right behind him, then in stoppages a Malinovskyi strike was charged down, with Koopmeiners’ header smothered by Onana.