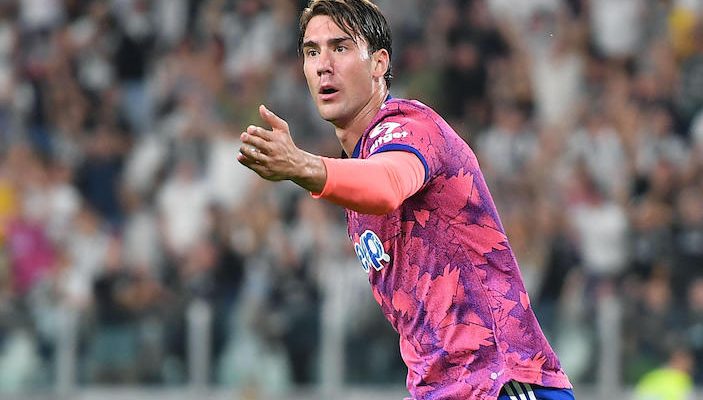 Although Dusan Vlahovic didn’t find the net in Serbia’s 4-1 win over Sweden on Saturday, La Gazzetta Dello Sport highlights how the Juventus striker looked much more involved with his country than he is at Juventus.

The ex-Fiorentina striker has scored four goals in six Serie A appearances this season, but only one from open play.

Max Allegri’s playing style has been criticised also because Juventus players can’t guarantee enough service for the 22-year-old who completed a shock €80m move to the Allianz Stadium in the January transfer window.

Vlahovic wasted two goal-scoring chances against Sweden, but was instrumental to Aleksandar Mitrović’s third goal, delivering an assist with a through ball for the Fulham striker.

Mitrovic and Vlahovic started up front and the Juventus striker looked more at ease with another centre-forward close to him.

It wasn’t just that as Serbia played with several attacking players, including Dusan Tadic and Filip Kostic, who joined the Bianconeri from Eintracht in the summer.

Vlahovic was not as isolated as he is at Juventus and stats prove it as Dusan completed 24 passes with an 87.5% accuracy against the 13 passes per game he’s averaged for his club with 70.5% accuracy.

Max Allegri has often played Arek Milik and Vlahovic in attack this season, but the Bianconeri remain one of the less prolific attacks in the top eight with just nine goals scored. Only José Mourinho’s Roma have fewer with eight.