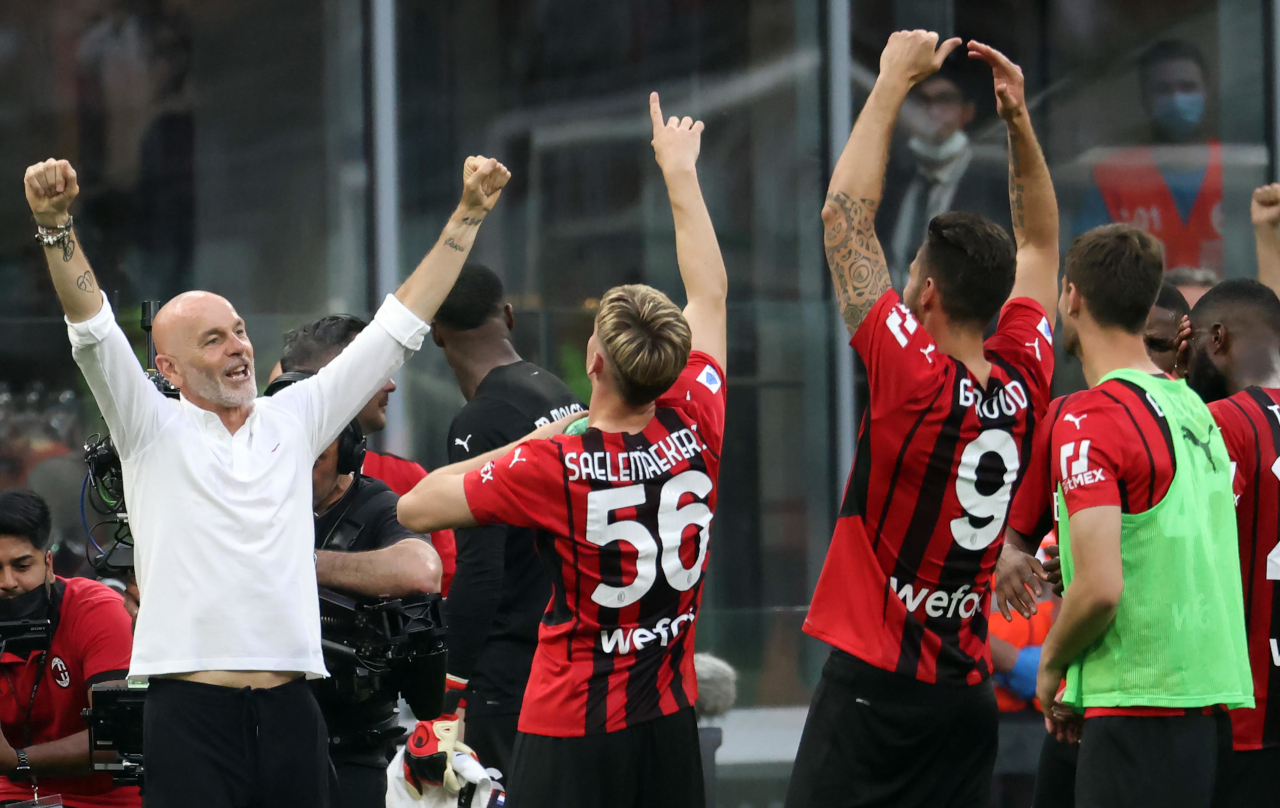 These Sassuolo vs. Milan predictions see the Rossoneri on the cusp of their first Scudetto in over a decade heading into the final day of the Serie A season. A win for the visitors would ensure they lift the trophy, but an in-form Sassuolo will be doing all they can to stop them.

Milan travel to face Sassuolo in the final game of the season, needing a win to guarantee the Serie A title. Stefano Pioli’s side have lost to the Neroverdi in each of their last two encounters and will need to be at their absolute best on Sunday.

The hosts ended a spell of four games without a win last week in a well-earned 3-1 victory over Bologna. Sassuolo will be very aware of the part they have to play in the Scudetto race and are more than capable of showing up for the big occasion.

That said, Milan’s form in Serie A this season has seen them withstand most tests they have faced and Sunday is unlikely to be any different. Last week’s 2-0 win over an in-form Atalanta side was perfect evidence of the Rossoneri’s ability to graft out a win as they withstand pressure for long spells of time.

Sassuolo are playing for a top-half finish and could potentially finish anywhere between ninth and 11th in the final Serie A table. But with so much more on the line, we back the Rossoneri to stand up and be counted with a win over the Neroverdi to earn the Scudetto outright.

Key to Pioli’s success has been goals sourced from all over the pitch, with Sandro Tonali and Theo Hernandez popping up with key strikes in recent weeks. Rafa Leao is our tip to score anytime in Sunday’s game, as the winger is enjoying a particularly prolific period with six goal contributions in as many games.

Of course, Sassuolo should by no means be written off, as evidenced by their win over Bologna. The performance of Gianluca Scamacca was fundamental to that victory, and with the forward likely to leave for pastures new over the summer, it would come as no surprise if he added to his 16-goal tally on Sunday.

A bet on both teams to score may well pay out if the hosts carry their strong form into the title decider at the Stadio Mapei. The hosts have just one clean sheet in their last 11 games, but have only been kept out themselves once in the same period.

Incredibly, 29 of Sassuolo’s 37 Serie A fixtures so far this season have seen three goals or more, while their past four meetings with Milan have been similarly high scoring. As a result, a bet on over 2.5 goals scored on Sunday looks promising.

How to stream Sassuolo vs. Milan

You can stream Sassuolo vs. Milan live depositing funds into your bet365 account, or by placing a bet within 24 hours of kick-off. Subscribing to ExpressVPN can also allow viewers to tune in from anywhere in the world. To sign up and claim three months extra free:

Few changes are expected from Alessio Dionisi, with Jeremy Toljan and Abdou Harroui the only injury absentees. Giorgos Kyriakopoulos returns from suspension and may slot in at left-back, but otherwise Sassuolo are expected to field virtually the same line-up to the win over Bologna.

Milan are likely to field a similar line-up to their comprehensive victory over Atalanta, with Franck Kessie set to start over Ismael Bennacer in what’s expected to be the Ivorian’s final game in Milan colours. Stefano Pioli has preferred Rade Krunic over Brahim Diaz in recent weeks, while Olivier Giroud has retained his place over Zlatan Ibrahimovic or Ante Rebic.