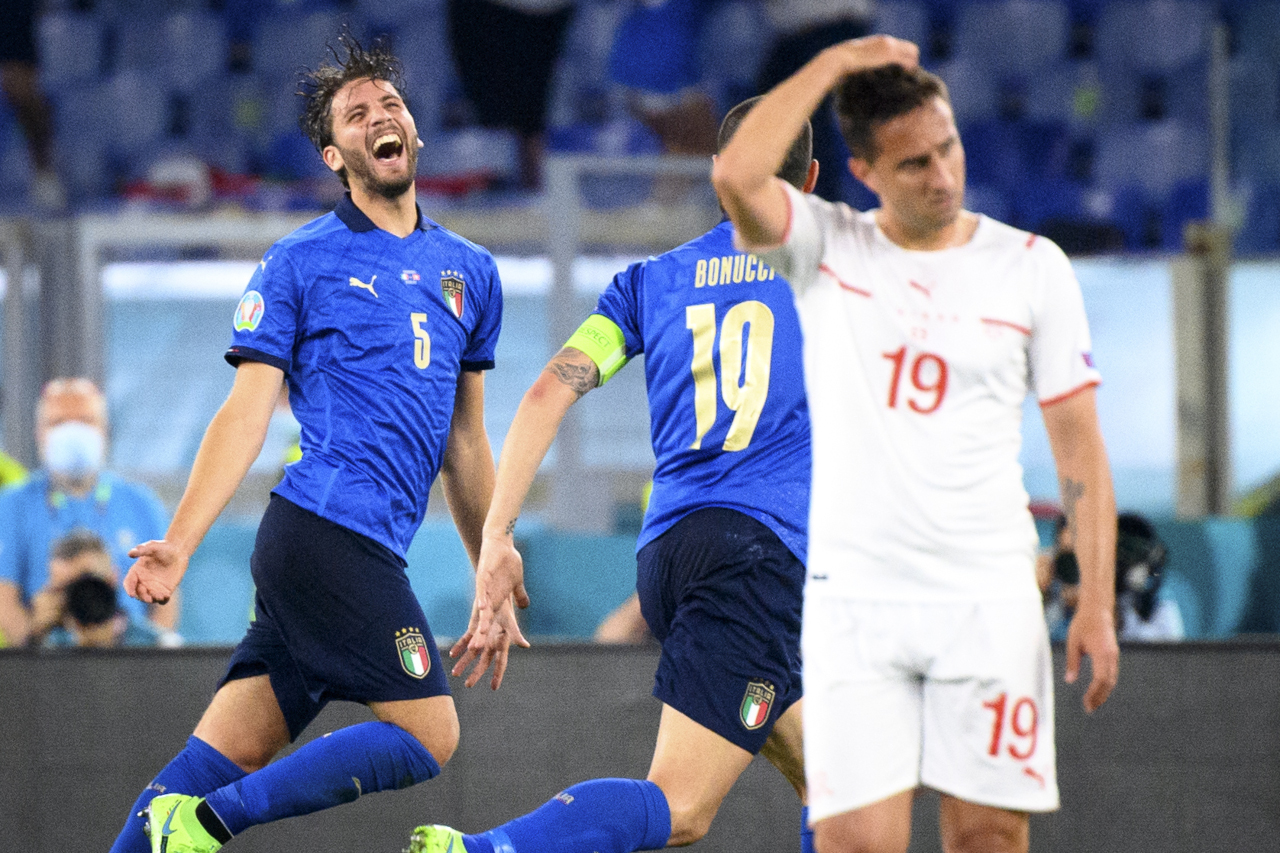 Sassuolo director Giovanni Carnevali confirmed Arsenal are ‘ahead’ for Manuel Locatelli and Juventus are the ‘only Italian club’ to have asked after the midfielder.

The 23-year-old made a huge impact at UEFA EURO 2020 with Italy, scoring two goals in the 3-0 victory over Switzerland.

He is expected to move on this summer with a price-tag of €50m on the former Milan youth product.

“We are trying to leave the lad calm, so I haven’t spoken to him or his agents yet. We can think about Locatelli’s future, but above all we care about his present and that means Italy doing well at the Euros,” Carnevali told Sky Sport Italia.

“Juventus are the only Italian club we talked to about Locatelli. They have interest, we spoke to (director Federico) Cherubini last week. We have not yet discussed the financial details, but we have a good rapport and will talk it over soon.

“It’s true that there are foreign clubs interested, including Arsenal, and so far they are ahead and are the only side realistically to have made an important proposal for Manuel.”

Locatelli had already been close to Juventus last summer and his decision could well prove crucial in the race, with reports he has his heart set on the Bianconeri.

The midfielder made 34 Serie A appearances for Sassuolo this season, scoring four goals and providing three assists.

He stepped in for injured Marco Verratti during the early group games and now has three goals in 13 senior caps for Italy.