Sarri: ‘You need to have clear ideas, like when Liverpool signed Klopp’ 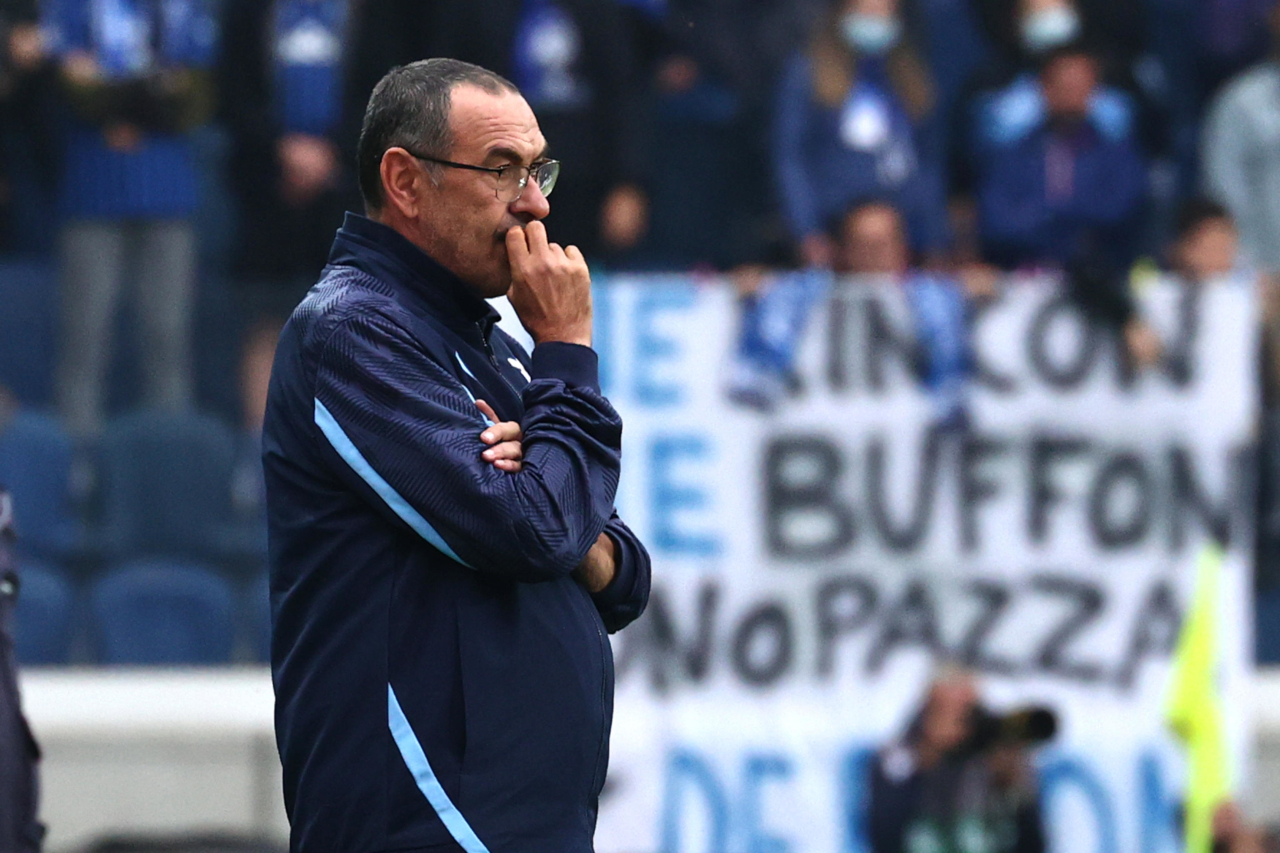 Lazio coach Maurizio Sarri pointed at Liverpool’s development under Jürgen Klopp when he stressed the Aquile must have ‘clear ideas’ going forward. ‘You have to be aware of what you can do. You must plan two or three transfer markets ahead’.

The Biancocelesti appointed Sarri as Simone Inzaghi’s successor at the Olimpico over the summer and are expected to renew with the coach until June 2025.

Reports have claimed the two parties have reached an agreement, but that Sarri has been asking President Claudio Lotito to invest and reinforce the squad at Formello.

Tomorrow, Lazio play Udinese in Serie A and the coach comes up against his former collaborator Luca Gotti.

“He has an extraordinary intelligence,” Sarri said about the Friuli coach at a press conference. “At Chelsea, I listened to him because he never made trivial considerations.

“It will be a tough match. Udinese have conceded little, even away from home. They are a very physical team.”

Lazio have gone through a turbulent start to the season with many ups and downs performance wise, and Sarri pointed at the correlation with the national and European games.

The former Napoli and Juventus coach, who won the Scudetto with the Bianconeri in 2019-20, stressed the Aquile must be patient and have ‘clear ideas’ for the future of the club.

He did however claim he ‘frustrated’ during the 4-0 defeat against his former club Napoli, as he could tell they would lose the match during the warm-up.

“I always want to win games,” he said. “However, the difficulties are evident. In the three games after the national break, we scored three points.

“We also scored few points after the Europa League. If you look at normal games, on the other hand, we have a very high average.

“It’s not an easy problem in today’s football, because unlike in the past, we always play every three days. It’s not a tactical problem, but a mental and unconscious problem.

“The nervous system is discharged. On Sunday, we already knew we were going to lose during the warm-up. It was evident. It gave me a sense of frustration.”

To underline the need for patience, he referred to Liverpool coach Klopp’s first years with the Reds. The coach took over a Liverpool side at 10th in the Premier League and finished eighth in 2015-16.

Even if Sarri got his stats wrong, as Liverpool never finished 11th in the League, the Lazio coach made his point clear about the project on Merseyside slowly taking shape and how the German tactician was given enough time to create a winning team.

“You need to have clear ideas. Liverpool didn’t win immediately with Klopp. The first year they finished 11th and eighth in the second.

“We need a broader view. I’m not Klopp, that’s clear. The problem is not tactical. The team is passive, and you lose, tactics don’t matter. We need to recharge after a tiring moment and in this moment, we sometimes succeed, others not.”

Lazio are currently eighth in Serie A and sit 10 points behind Atalanta at fourth, and the coach was asked if he has targeted some players on the transfer market.

Reports in Italy have claimed he is looking for a new full-back and a striker to support Ciro Immobile, but the coach said he has not mentioned any targets to the directors.

“I have never talked about names to the club,” he said. “I just mentioned the needs. In my opinion, you need to sit down and plan two or three transfer markets ahead. You can’t stand in the window looking for opportunities.”